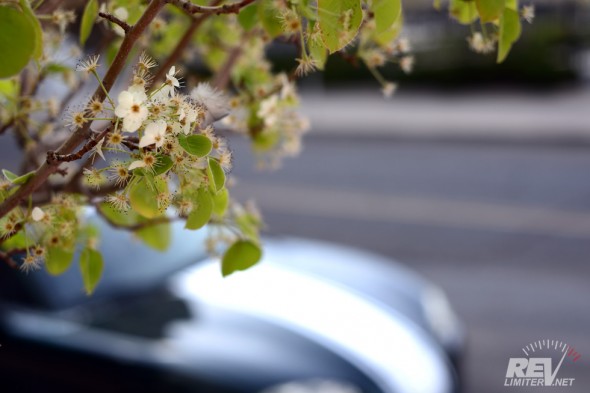 I just couldn’t help myself. It was my first top down drive in months. 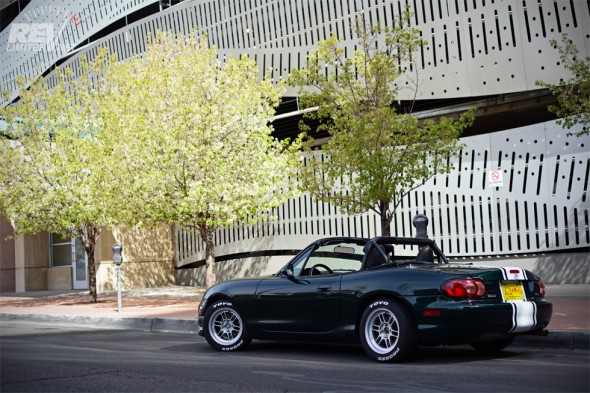 Back in summer tires.

I took a drive in Bucky to enjoy the spring air. Maybe end up somewhere pretty for some pix.

We visited the railyard.

Why Bucky and not Sharka? Well… Bucky still has a convertible top. Going for a top-down drive with Sharka would involve removing the hardtop. Not a difficult thing to do, but I just wanted to hop in and go.

And besides, Bucky has these new gauges. 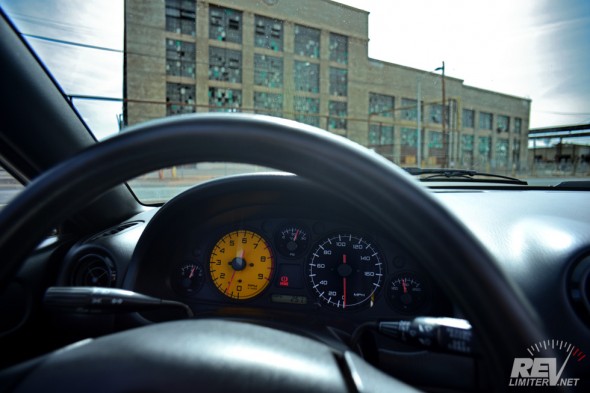 I call them Version Sunstorm. They’re named after one of my favorite Transformer clones (Yeah, that’s right. I named gauges after a robot.) and they’re based on my own Version Revolver design. However, I changed absolutely every aspect of the Revolvers for this set. Sometimes minor changes, but everything was touched.

Over the holidays, a guy named Justin ordered a set of Revolvers with a yellow tachometer. I had often thought about doing a gauge design with a yellow tach, but had dismissed it due to the Miata not having a central rev counter. I thought having one gauge on the side in a different color would be rather amateurish and boy-racer. Then the gauges came out of my printer and I was stunned. It looked AWESOME.

Fast forward a few months, and now I have a full design based on that custom order. They’re for sale in both NA and NB flavors. I hope to have some NC ones out shortly. 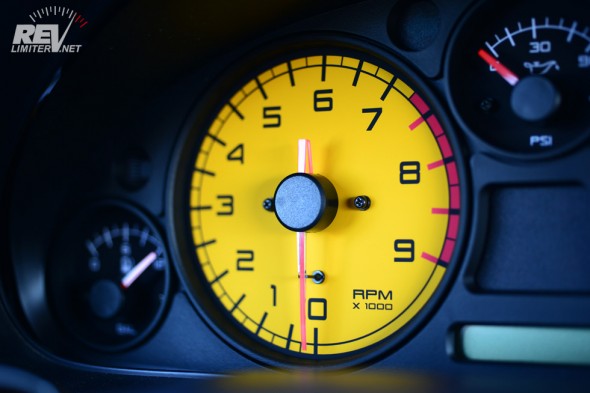 So wonderfully over the top.

Of course, credit must be given to Ferrari, the originator of the yellow gauge. However, I’m quite proud of this design. It was very very hard to not copy a Ferrari design. Instead, I just kept chipping away at the Revolvers that I made up in 2010 until they looked right. 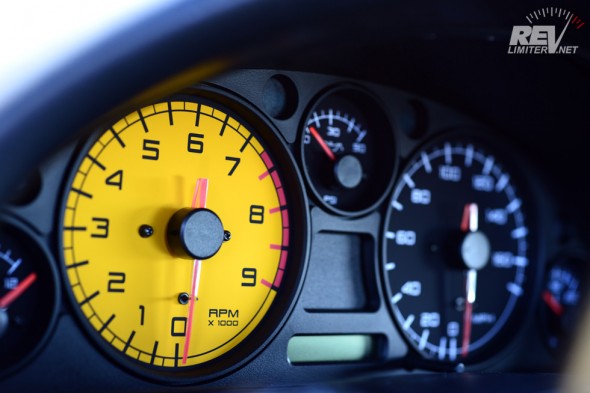 Maybe the most modern design I’ve ever done. I’m more of a vintage guy, but I enjoyed every minute I spent working on these. Perhaps there will be a few more modern designs in the pipes.

I unveiled these gauges on the various message boards a few weeks before posting about them here. Let me just say, the welcome has been very warm. I’ve never had so many NB orders in a row. Usually my NA customers outnumber the NB drivers by 10 to 1. In the last few weeks, it has been exactly the opposite. 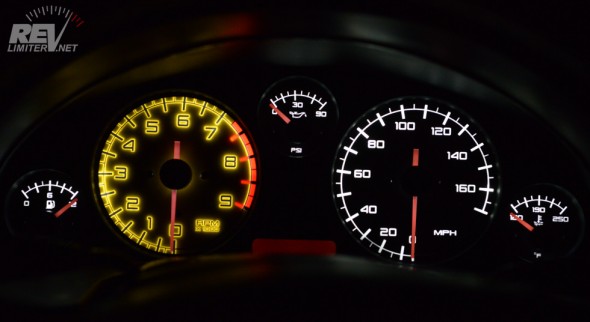 And this is how they light up at night. It’s distracting. It’s extremely loud. And I love it. I get to drive with this every morning while it’s still dark at 6:00a. My Sunstorms don’t match anything else in Bucky’s interior and I don’t care. It’s just so much fun.

I’ll put it this way: the weather has been very nice. I’ve been driving Bucky more than Sharka. That, my friends, is a statement I never thought I’d make.

So, happy spring everyone! If you need me, I’ll be outside.

« Let There Be Light | How to Transport a Hood »

Leave a Reply to Dina