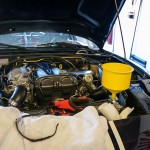 Sharka decided the hot weather was too much. A new radiator should help the little guy cool off. 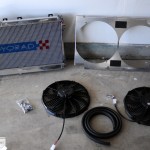 Yet more cooling system upgrades and tweaks. Thought I was all finished with my coolant reroute? Nah. I’d barely scratched the surface. 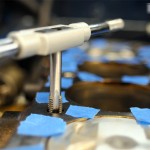 The last in my series of technical posts dealing with changing out the head gasket. Everything you ever wanted to know about ARP head studs. It’s pretty awesome. 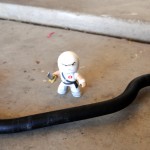 Part TWO of Sharkaâ€™s coolant re-route! There are very few toy photos, but that’s the only deficiency in this post. 18 more coolant re-route photos round out this DIY project. Take a peek. 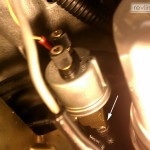 So. There I was racing around the local track. My buddy Ben had it to himself for an hour on a Saturday and had invited me and my wife to come along. Sharka’s inaugural turbo track day. Woo! Turbo + lots of open race track!

Then I started to smell something burning… 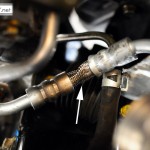 Yes, this is the final episode. And I’m gonna spoil the ending. Sharka has boost!!!!!

But first, the final tasks to get us there. 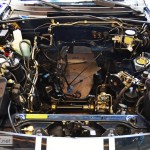 There might be a turbo engine installed by the time you reach the end of this blog post. Maybe. I don’t wanna give anything away. 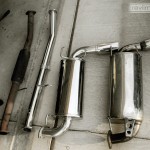 FM 2.5″ turbo exhaust photos and an engine pull. No casualties other than a brittle coolant temperature sensor on the back of the head. 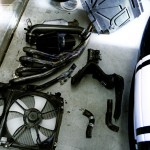 In this episode: Stuff removal. Lots of it. And a little bit of install including the intercooler. 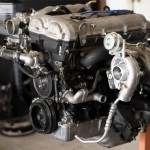 A detailed, step-by-step of putting a big hole in your Miata’s drain pan. And then tapping that hole for a drain line. Because even turbos need to potty.

Page 1 of 212Next »
[ © 1998-2023 revlimiter.net LLC | Terms of Use | Privacy Policy ]
Products sold on this site are for Off-road and Competition use only. This website intended solely to provide general guidance on matters of interest for the personal use of the Reader of this Page, who accepts full responsibility for its use. All products as well as information provided "as is," with no guarantee of completeness, accuracy, or timeliness, and without warranty of any kind, express or implied, including, but not limited to, the warranties of performance, merchantability, and fitness for a particular purpose.