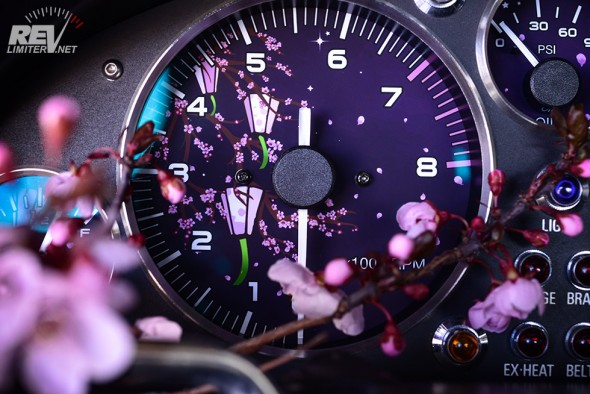 I finished my last blog post about gauges and typed something like “it’s time Sharka got his own set of custom gauges…” Not a half hour later, I started working on these. I call this one “The Fallen.” 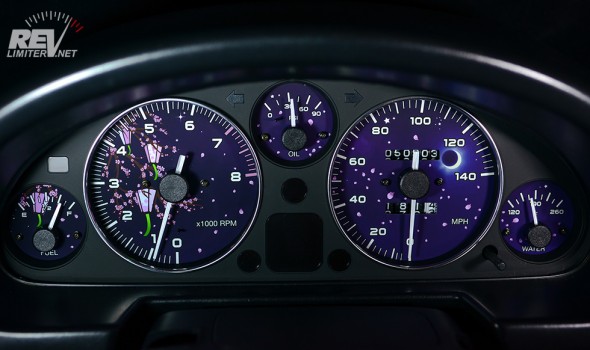 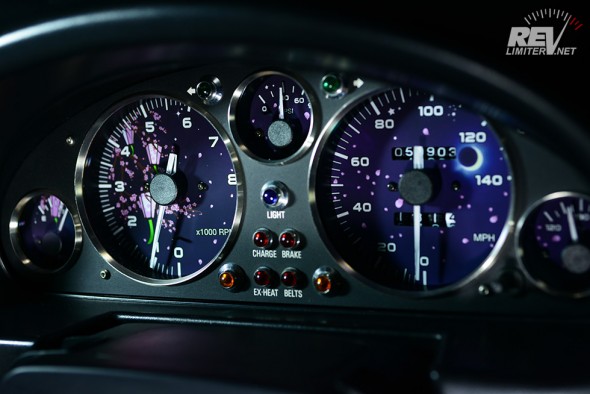 And a crescent moon.

Some inspiration struck to do a gauge set with a branch of cherry blossoms (sakura) on the tach. I sketched up a nice branch and then started carefully drawing different sakura shapes. I think I drew 20 or so before deciding I had enough variations. Then I started placing them on the branch. Then I added blowing petals.

Each blossom and petal is an individual element. There’s a few hundred.

This was literally hours of work. It was SO satisfying. I love drawing with my Wacom tablet. 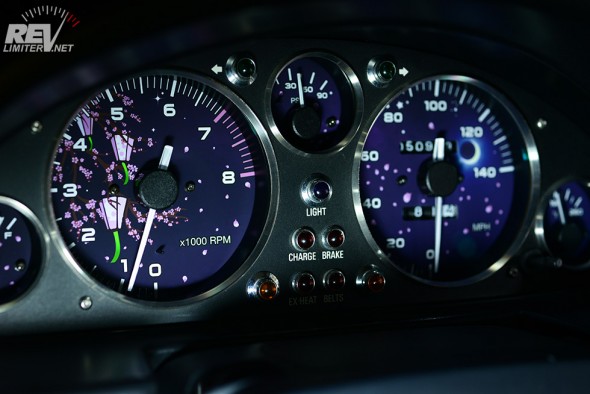 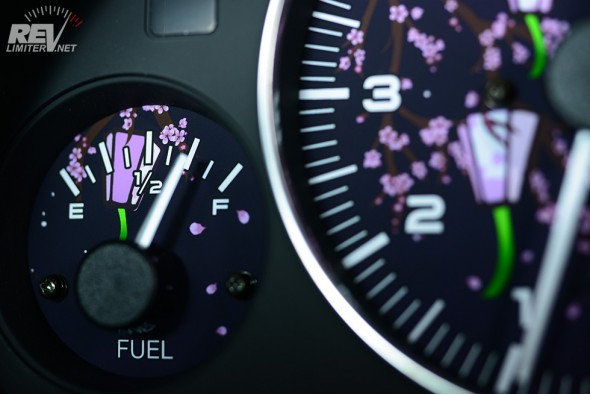 I placed the branches, blossoms, and petals on the tach. I started with a black background, but it didn’t look quite right. I wanted a night scene. Nothing is prettier than a cherry tree at night.

I started drawing stars and clouds and stuff. For hours. THIS was not as much fun. I couldn’t get anything that looked quite right. It was too fake and my skills were not up to the task of making it real.

Then I remembered I have literally hundreds of night sky photos shot over the past decade. I brought one of them into Illustrator, auto-traced it, and imported that sky into the gauge background. The moon and dark blue sky with purple clouds just made it WORK. It was exactly what I wanted.

A few more hours of tweaking and it was done. Almost. 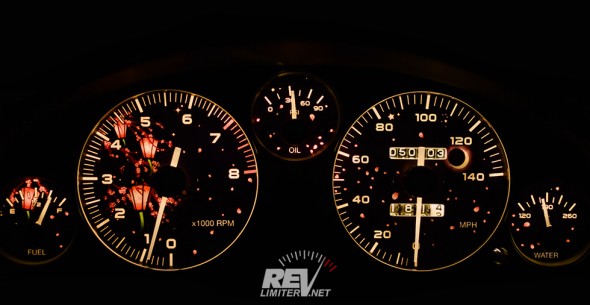 The Fallen at night.

Day-to-night transition. (it’s animated, give it a second)

I started thinking about how to light the gauges at night. I wanted the blossoms and trees to be visible, but… well… how? I wanted it to be a natural scene. If the moon was to be the only light source, the trees wouldn’t be very bright. But what about a few lanterns lighting the surrounding branches?

LANTERNS. Inspiration hit again. The lanterns would light up the surrounding branches and sakura. Branches that were too far away would become dark.

I drew up a few lanterns and placed them in the trees. Then I realized that the sakura were, well, huge. It only took about five blossoms to totally cover a lantern. It was a beautiful drawing, but the scale that I’d made the flowers didn’t look right at all.

I spent a few more hours re-scaling and re-positioning each and every flower. And then I was done. 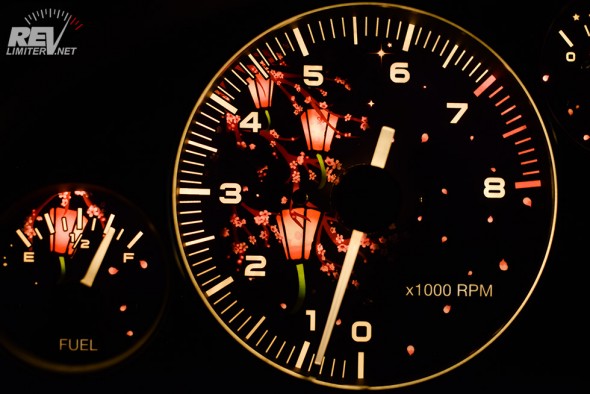 Just what I wanted.

And that, in a few rambling sentences, was my thought and design process. At the end, when I lit up the finished gauge faces on the light table, I just stood and stared. They were perfect. Just what I wanted.

Why “Fallen” for a name? It comes from the idea that blowing sakura petals are the souls of fallen warriors. I love that. So perfect for a spring evening sitting under a cherry tree. Just the name for this set of gauges.

( There happens to also be a Transformer character named “The Fallen” who has a great design. He’s a flaming tank. Gotta love that. )

I love these silly lanterns. So much.

Version Fallen is in my store for purchase. They’re the first set of standard gauges like this in my store. I’ve always done “serious” gauges and “retro” gauges as standard sets. Never something like this with a theme; those have always been custom orders. But I think it’s time for something new. I really enjoy drawing things like this, so I think I’ll be adding a few to the store over the next few months.

But really, I wanted these for myself. I’m so happy with them I could just burst.

2 Responses to “The Fallen”