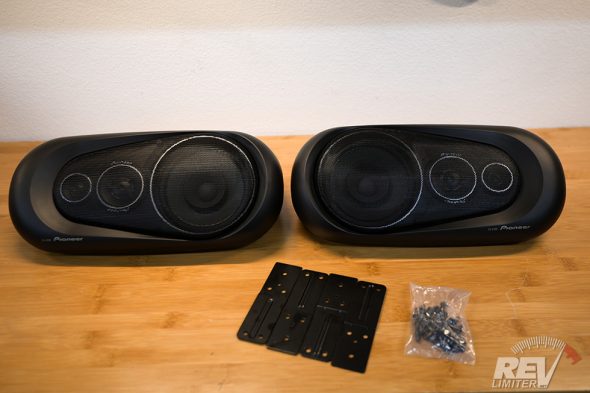 Before I begin, let me deflate your expectations in this post a bit. This is not an awesome or amazing set of speakers. They’re perfectly fine and sound good. They’re lightweight and don’t take up much space. They’re honestly rather average in most respects.

The only remarkable thing about these speakers is that they still exist. 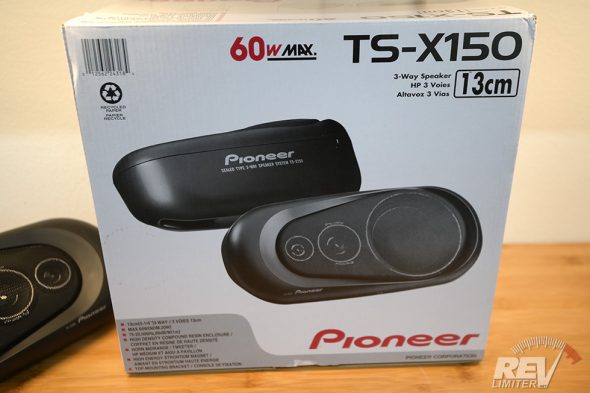 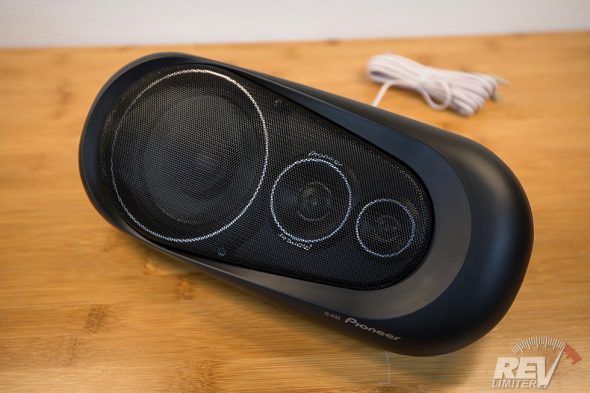 This is the Pioneer TS-X150. It’s a three-way surface mount speaker that I happened to have in my Jeep back in the 1990s. They fit PERFECTLY on the rear wheel wells to give a YJ Wrangler a set of rear speakers. They also fit nicely under the Jeep’s tonneau cover when the hardtop was off and I was cruising around in nice weather. 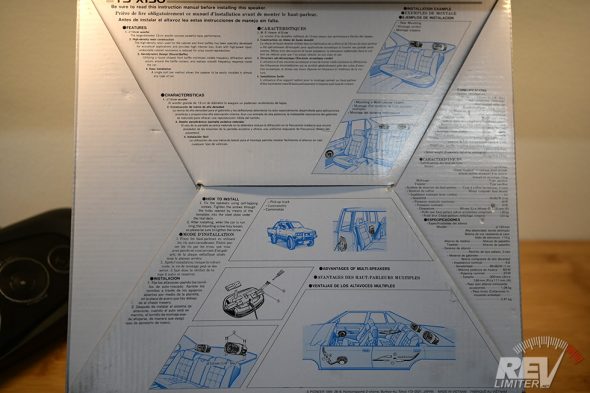 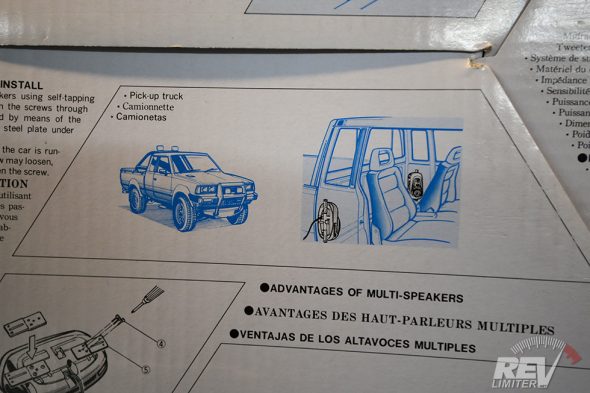 Let me make something totally clear – this is NOT my set of speakers from the 90s. I don’t hoard quite that hard and I’m nowhere near this careful with old product boxes.

See, I ordered these from Amazon a few weeks ago. They were not sold as refurb or anything. These speakers were bought new.

When I opened them up, the sense of nostalgia was overwhelming. They absolutely were the same speakers I had in my Jeep in the 90s, which is something I wasn’t totally sure of when I ordered. I kept that original set of speakers after I sold that Jeep. They acted as room speakers in all of my early apartments hanging from the corners of the room and were lost in one of many moves in my 20s. To hold them again was really something. Nostalgia level 1000.

And then I started inspecting the box.

No Prop 65 warning anywhere. No website URL anywhere. The 80s era blueline drawings were, well, 80s era! And the copyright on the bottom read 1994.

Either this speaker set is a vintage item left over from the 90s or Pioneer has not changed or altered this box or the product inside in any way over the past 27 years. 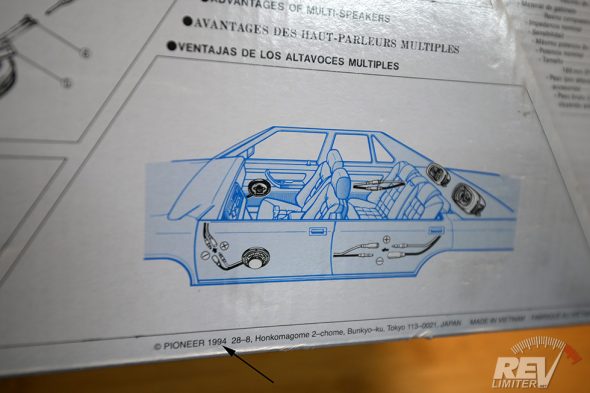 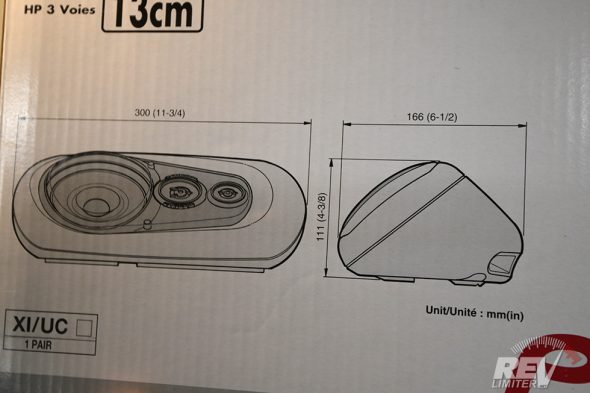 For anyone interested in the actual specs, here ya go. I can tell you (and show you in a sec) that they fit the rear parcel tray on a Miata extremely well, provided that you don’t have a soft top anymore. They take up 90% of the room on the Cappuccino’s rear storage area, leaving only a few inches between them. And they fit an early Jeep Wrangler’s interior like they were designed for it.

The speakers weigh just under 2 lbs each. They’re very light. They produce a strong, warm sound. And they’re deliciously period-correct for a 90s Roadster. 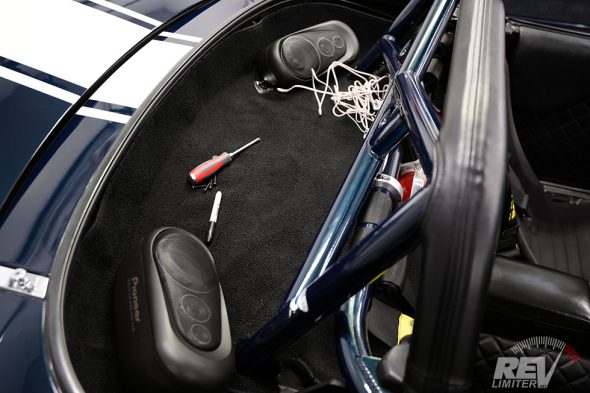 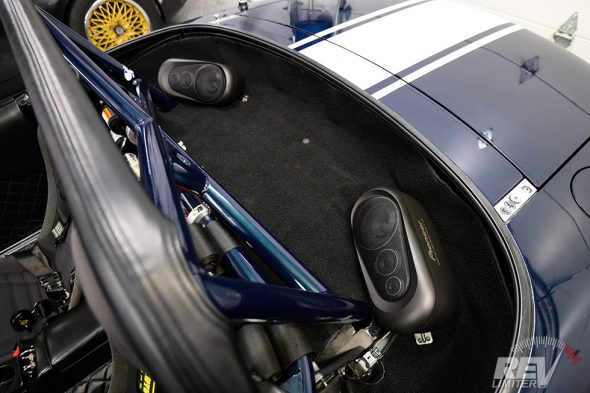 Yeah, two photos for the whole install. That’s about all it took. I opened up the trunk to make sure my mounting spot of choice was not close to the fuel tank at all and then just drilled them in. The speaker wire runs between the carpet and the under-padding and then connects with the passenger side headrest speaker plug.

I’ll do a somewhat more permanent mounting solution in the near future. They deserve better than sheet metal screws. Some riv-nuts and small machine screws will make a nicer mounting solution. But the included 1994 screws work well for now. 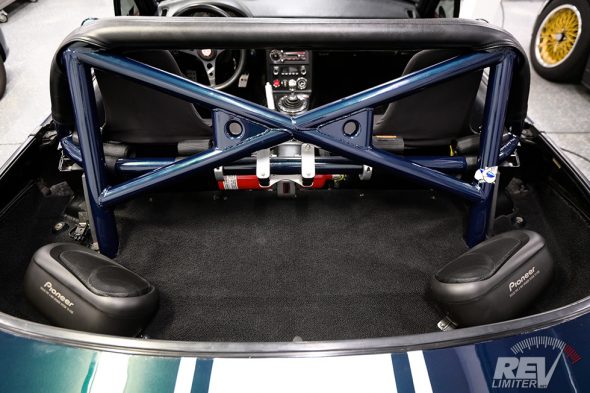 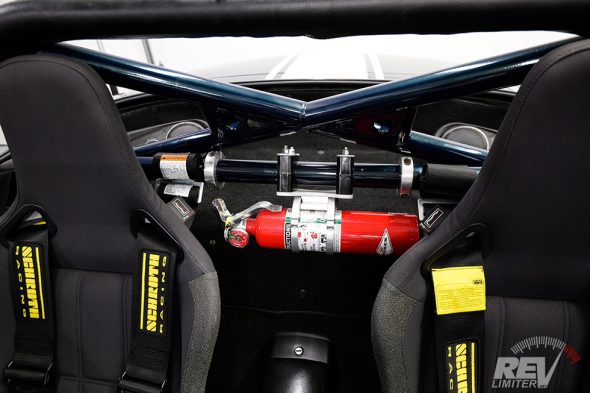 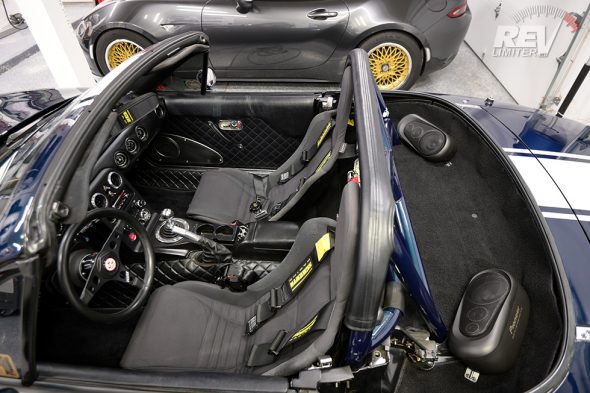 I never installed speakers in the rear package tray because I didn’t want to lose the space. However, since installing the Blackbird rollbar, I really don’t keep things back there anyway. The X brace really makes it hard to access the area.

These little speakers don’t take up much room at all anyway. Just a little bit of each corner. And 4 lbs total? I can live with that.

Being installed so close to my head, they really make their presence known. Setting a -3 rear speaker balance puts them pretty even with the MB Quart door speakers Sharka runs. And adding in the slim subwoofer installed a few months ago, Sharka now has the best stereo system I’ve ever had in a Miata. Or maybe any car… at least with the hardtop on.

As I mentioned in that subwoofer install, I’m under no allusions that this is audiophile quality hardware. Far from it. But it’s FAR far better than what was there before – which was nothing. Sharka only had the door speakers from 2000 when I bought the little guy to 2021. And now he has bass that can be felt and heard at freeway speeds with the top off and a rear track to fill out the sound.

It’s pretty awesome. It feels like such a luxury – having decent music in an NA Miata. I don’t know why I never allowed this before. I was always worried about weight or storage or whatever other excuse. At a cost of a couple hundred dollars, 11 lbs total, and no noticeably lost storage space, I’m extremely pleased with these upgrades. 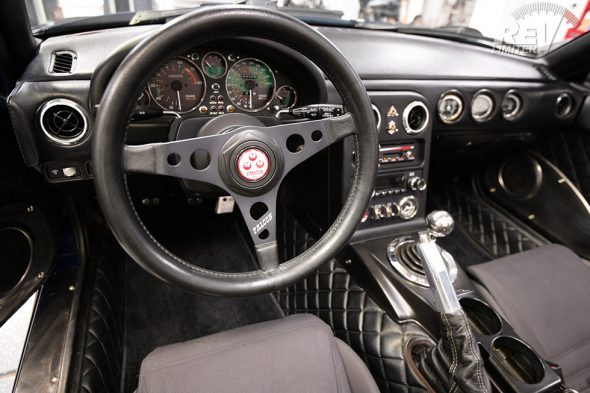 I wonder what the actual story is with these speakers? New Old Stock? Just something that Pioneer never felt the need to change or upgrade? I’ll probably never know, but for now, I’m vibing high on the nostalgia.