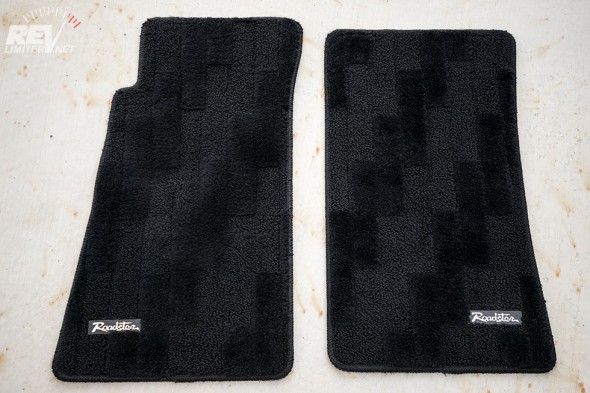 It’s taken me a long time, but I’ve finally rid Sharka of every “Miata” logo. The first to go was the tail badge, then the door sills. But one bit remained.

The last pieces were the floormats. Sharka’s OEM mats were very very nice – loop pile mats with almost no wear. Well… that’s not quite accurate. The “Miata” logo on the driver’s side was starting to wear before I ever got the car. I cleaned it and tried to restore it a bit with some white dye, but it’s a losing battle. The Miata logo just wears off.

And honestly, I’ve wanted to swap them out for some Roadster ones for years, but I never found any Roadster mats I liked. Most were a bit… loud for my taste. I didn’t want the floor mats to even be noticable. I just wanted a set that would flow with the rest of the interior – kind of a tall order. Then these appeared on the MR.net classifieds. 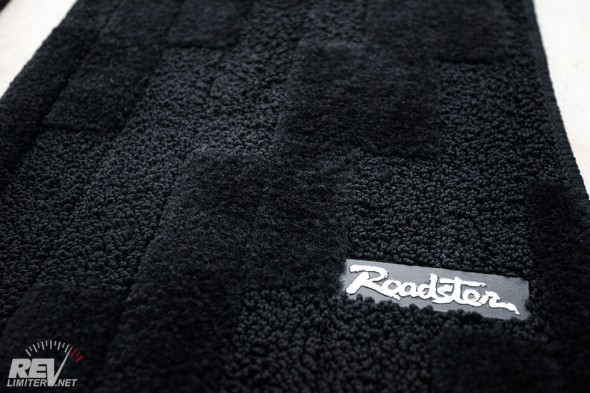 The JDM floormats come in many flavors – most of them the opposite of mild. Checkerboard mats are huge over there and they come in every color of the rainbow. It seems that most of the ones I see on build threads are the black and white checkerboard. And they’re fine looking mats, just not what I wanted for Sharka.

These ones are black on black. Loop pile and cut pile with a thick rubber backing and an understated metal Roadster plaque on the edge. Just what I wanted. And, as a bonus, my set is very lightly used rather than ready-to-discard. The driver’s side mat has just a bit of wear on the cut pile carpet and the passenger side seems like feet have never touched it. 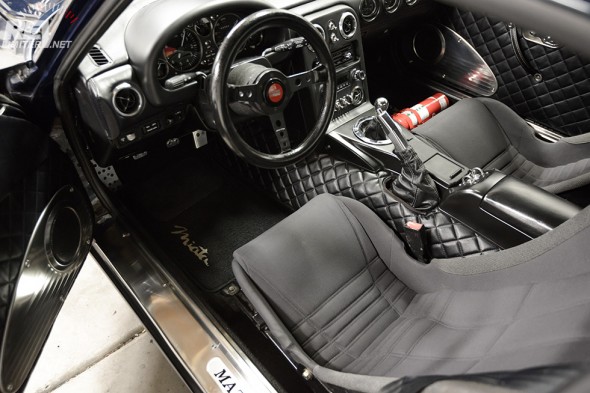 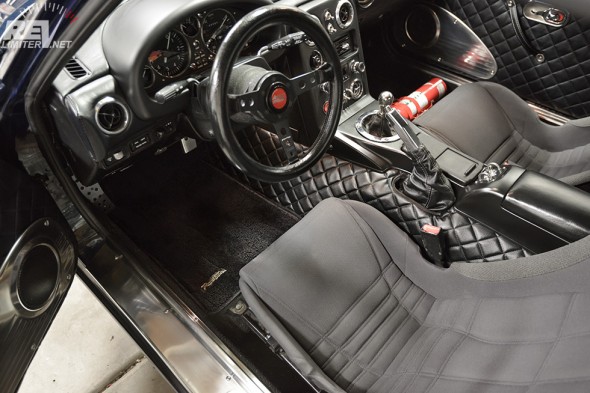 No obnoxious checkerboard. No wearing-off Miata logo. Nothing out of place. Ahhh.

Like I said, it’s a super-subtle change, but the floor mats were the last vestige of “Miata” left in Sharka. I’m pretty pleased to have finally beaten this level.