Much Doge. Such Gauges. Wow. 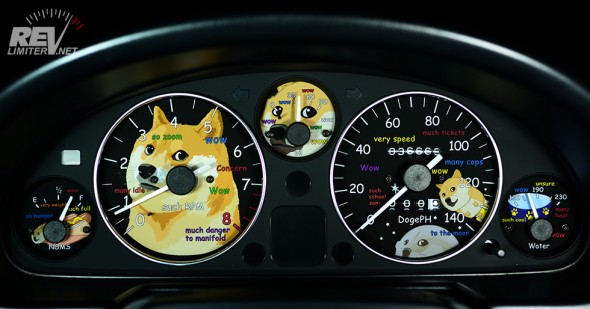 DOGE. It’s a meme I’ve not really followed. I enjoy dogs, but the meme was just not something I managed to get. I enjoyed my lolcats and MLP too much.

Then I got this order.

DKWolf of the various Miata forums (he’s infamous) ordered a set of doge gauges. He’s big into the doge community and wanted something for his race car. I was all too happy to oblige. He also offered to solicit some ideas from the doge folks to help get the gauge design just right. 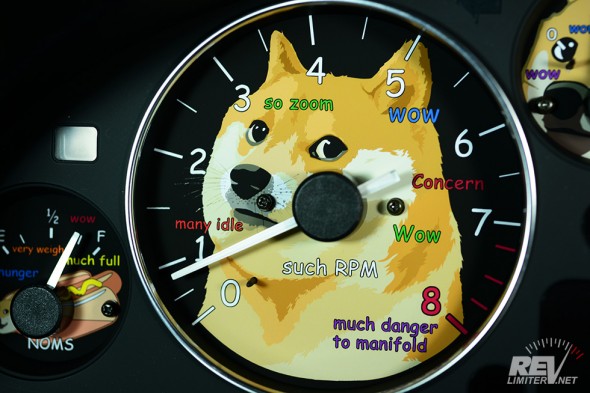 This was the first gauge I did in the set. The dogecoin logo was just perfect for the tach. I plopped it on there and got some input as to some doge text. “Much danger to manifold” is some brilliance that I cannot claim as my own. However, the rest of it is mine and I’m rather proud.

The more DOGEMEME I read, the funnier it got. It seeped into my brain and eyeballs. I think I pretty much spoke only doge at home for a week.

I’ll try to keep it together, but there might be a wow or two below. Very wow.

I moved onto the speedometer after designing the tach. 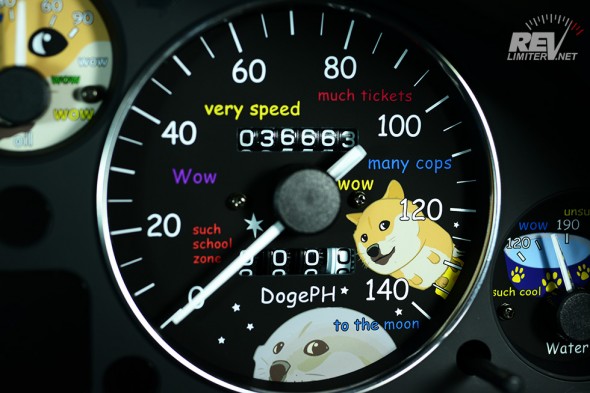 The “to the moon” and rocket was stuff I had no idea about. I owe that to DK’s input. He also provided the awesome “DogePH” units, but the rest was the DOGEspeak inhabiting into my soul. I put the rocket and moon near the top of the scale at 140. Then it seemed to want some stars. And descriptive dogetext rounded out the gauge. 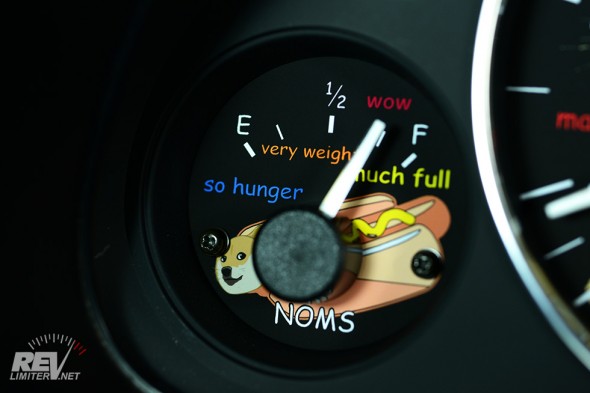 NOMS were automatic. Too many lolcats. And a hot dog? Yeah, that was required on the nom gauge.

Such meme. So clever. wow. 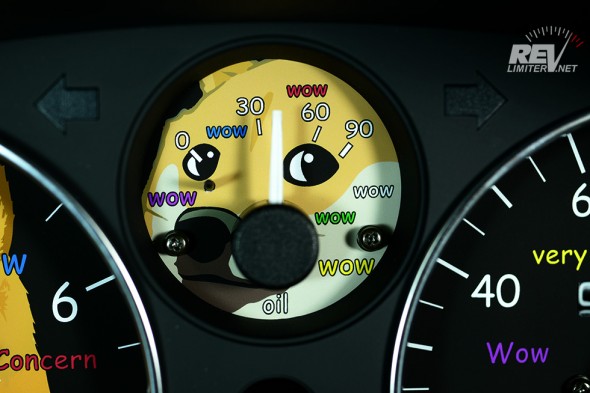 I was inspired on the oil gauge to type only “wow” everywhere. The close up face seemed to be the right choice too. Many doge. Such wows. Wow.

Much give in. Elated! 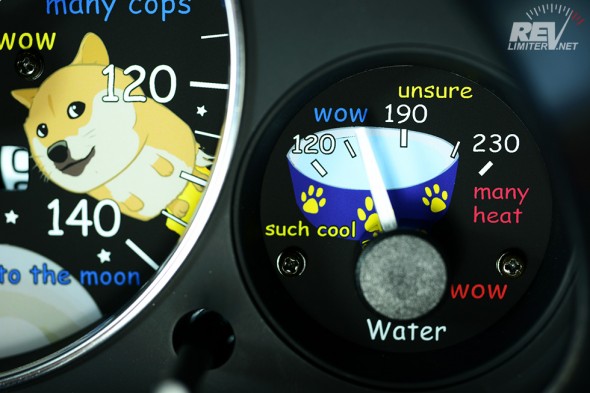 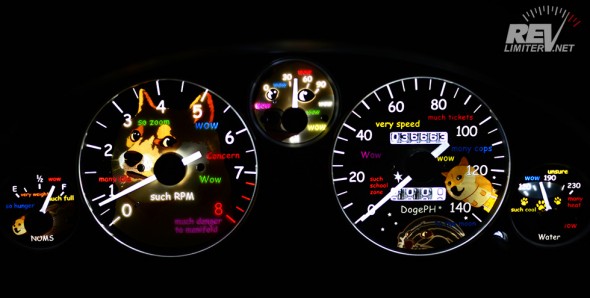 So LED. Very shine. Such colors. Much awesome. 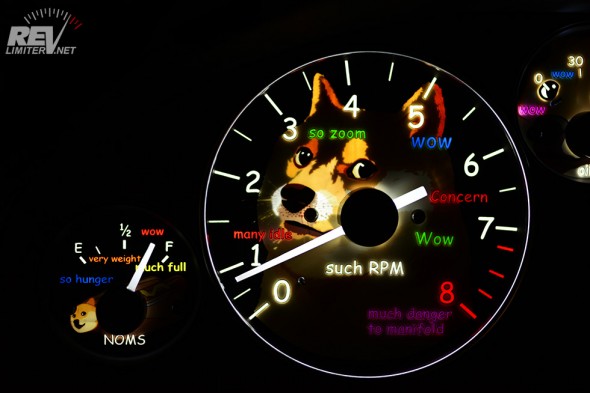 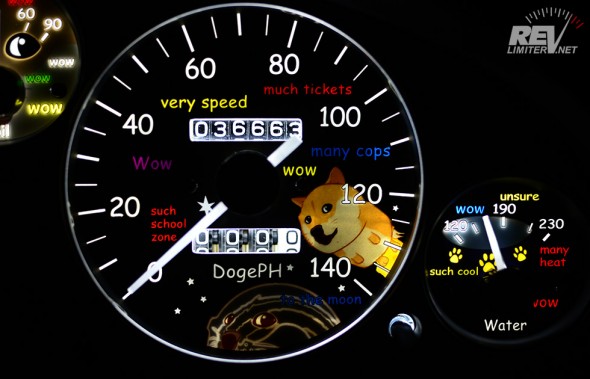 « My Little Miata: Gauges Are Magic | Bucky gets a new nose badge »