Only I Can Prevent Sharka Fires 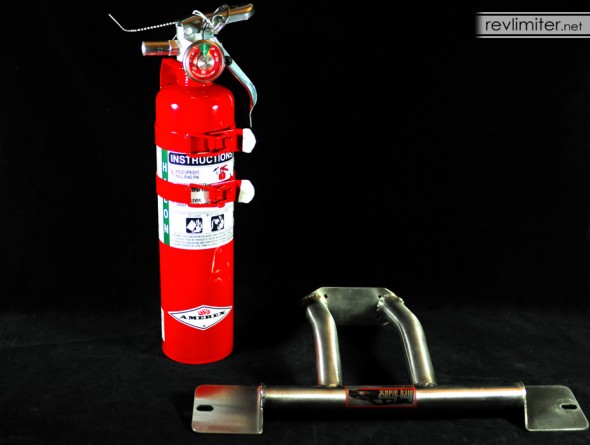 After putting it off for far too long, I decided it was time to come up with a better fire bottle solution than what I’ve been using since I bought Sharka’s 95 body. My old mount? It was in the trunk. Yeah, far away from where I could get to it if I really needed it. It was out of the way in the trunk, but it was also out of reach.

And the extinguisher? It was a 2.5 lb dry chemical BC model that I got years ago. It had a decent mounting bracket, but it’s really better suited for a garage wall than in a car. And that dry chemical? If I actually needed it, that extinguisher would do a whole lot of harm to the wiring while attempting to put out a fire.

So, it was time for an upgrade. 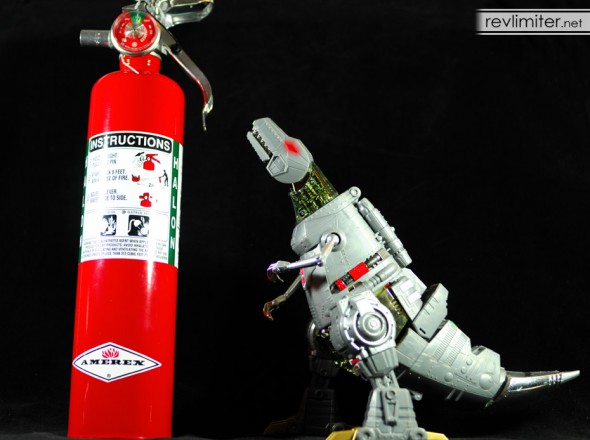 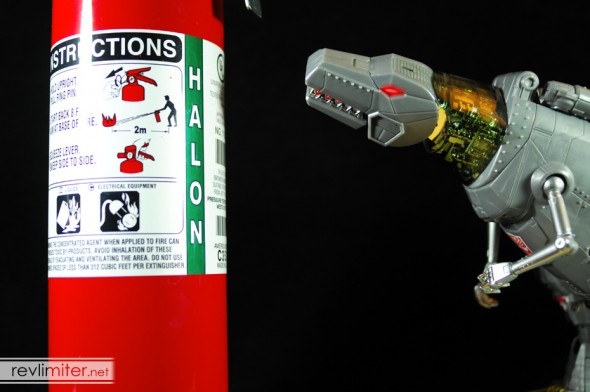 I picked up this 2.5 lb AMEREX Halon fire bottle from OG Racing. It’s rated 5BC which is twice as effective as the same size Halotron bottle. I decided the higher rating was worth the extra $50 to me.

They sell a few different quick release mounts for this size bottle. Those can always be added after the fact, so I thought I’d just go with the 2 strap mounting bracket that the bottle was shipped with. 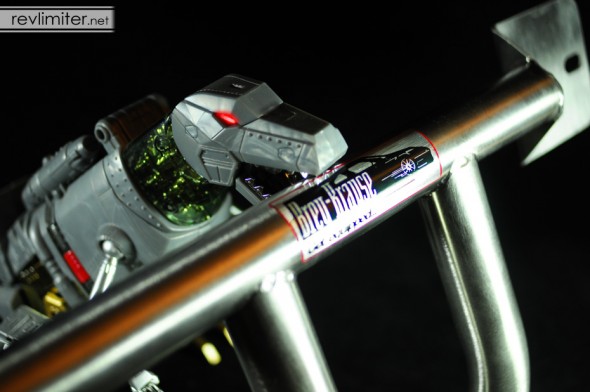 This Brey-Krause seat mount (also from OG Racing) is a hell of a lot better than mounting the bottle on my trunk floor. It mounts between the seat rail and seat bottom, so it slides back and forth with the seat. I chose the Miata-specific mount in the hopes that it would work with my Lotus seats. 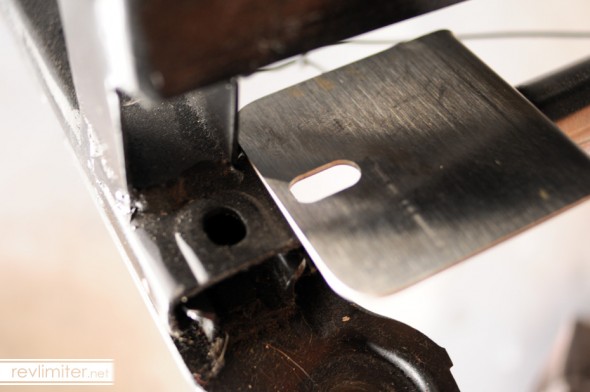 Yup. Pretty close. I measured before ordering the mount, but those measurements all involved the seat pan. I didn’t think to measure the available room on the rail itself. But this is no problem. Just a couple slices with the die grinder and it should fit. 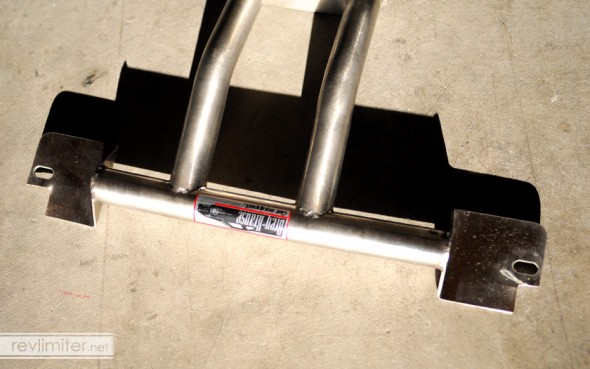 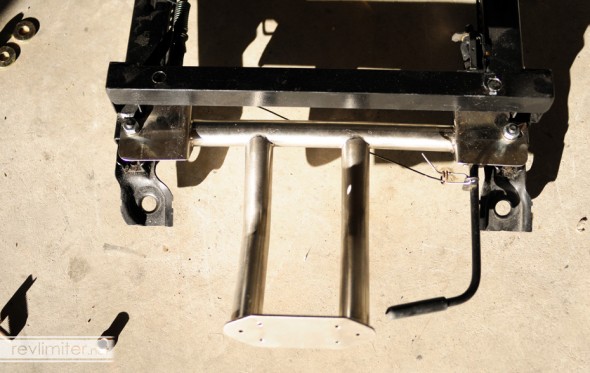 There’s something not very pleasant about cutting up a brand new car part that you’ve not even installed yet. But it all worked out just fine. The mount is solid and doesn’t flex. 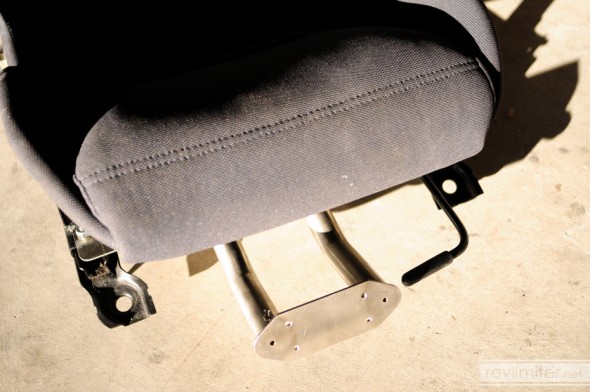 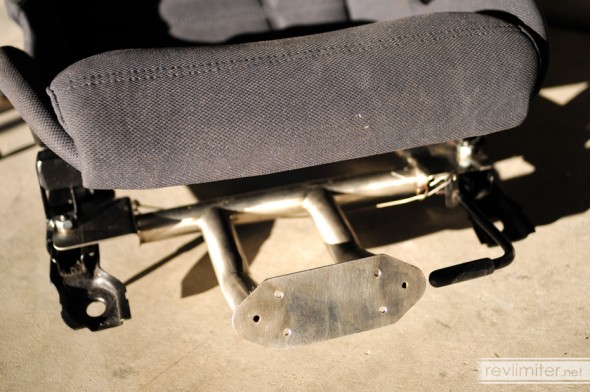 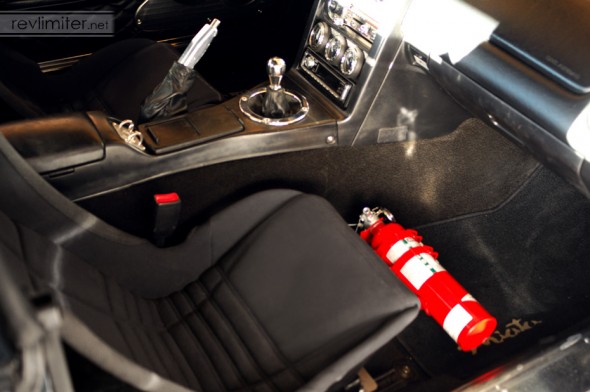 The mount receiver doesn’t protrude out very much. I was a little worried the mount would stick out too far since the Lotus seat pan is a little shorter than the Miata seat pan. It gives just enough clearance to still work the seat slider lever.

And as you can see, the bottle itself doesn’t poke out too much either. Just enough. It doesn’t make the seat any less comfortable to sit in and doesn’t take away any foot room. And having the extinguisher slide back and forth with the seat doesn’t limit the seat to being pushed back all the way against the bulkhead like it would with a static mount bolted to the floor. I’m quite happy with this upgrade! 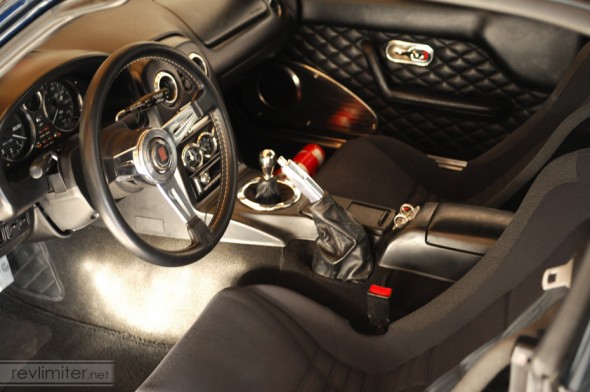 View from the driver's side.

Most importantly, the bottle is very easy to reach from the driver’s seat. God forbid I should need to rush out and tend to some flames, I can now get to my fire bottle quickly. And that was the whole point of this upgrade.

9 Responses to “Only I Can Prevent Sharka Fires”

Leave a Reply to Shawn