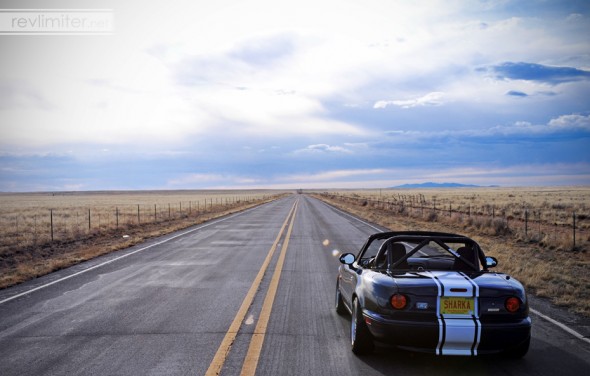 No roofs for miles.

Sharka has been wearing a hardtop for nearly a year. A year with the top up. Such a thing would have been madness to me back when I first got into Miatas. But not recently. In fact, I’ve loved it! The extra stiffening the HT gives the chassis, the glass rear window, the extra warmth in the winter time and keeping the hot sun off my head in the summer. When I put the top on last, I wasn’t sure when or even IF I would ever take the hardtop off again. I mean, I even ripped the softtop out completely!

And then the warm spring weather hit.

See, there were a few hours this past winter where New Mexico was the coldest state in the nation. Colder than Alaska. Colder than anywhere. Last February 3rd, we hit -36*F. Albuquerque hit -16*F according to Weather Underground. That was cold enough to do the instantly turn boiling water to snow trick in my backyard. Yeah, I threw a cup of boiling water out my back door and it turned to snow before hitting the ground. Really strange to see in a non-youtube setting.

Anyways, it was cold last winter. Way too cold. And now that the weather has grown a bit more reasonable, I’ve been spending as much time outside as possible. I jumped at the chance to pull off the hardtop for a couple days or weeks and get a little more nature in my lungs.

And, after all, I’ve never driven a turbo Sharka without a roof… 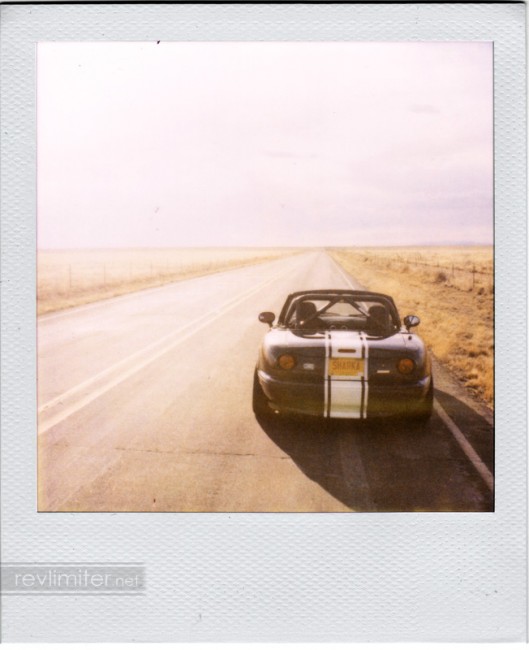 I also brought along my old Polaroid to try to capture the top-down feeling. And I think it does a better job than my modern digital Nikon. Sure, the Pola might not be as sharp or perfectly exposed, but it has a feeling to it. Holding the Polaroid in your hands and feeling the wind whip through the cockpit have something in common. And yeah, I know it’s just a scan that you’re seeing, but it still has some of that Polaroid spirit in it. A little bit of that top down feeling.