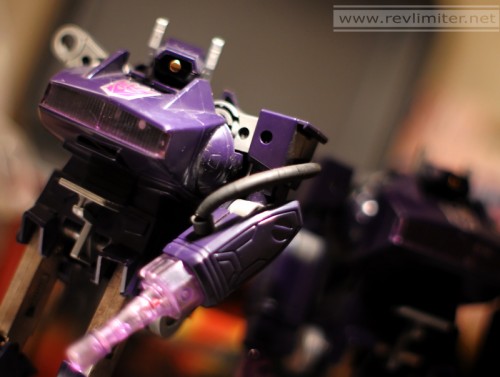 G1 Shockwave - broken and beat but full of soul.

You’re looking at my new-to-me G1 Shockwave. He was a bargain off ebay at $26. I bought him for the intact laser hand and maybe some spare parts. I didn’t realize he’d have this much soul. I opened the box and this little eye stared back at me. He then demanded that I fix him. 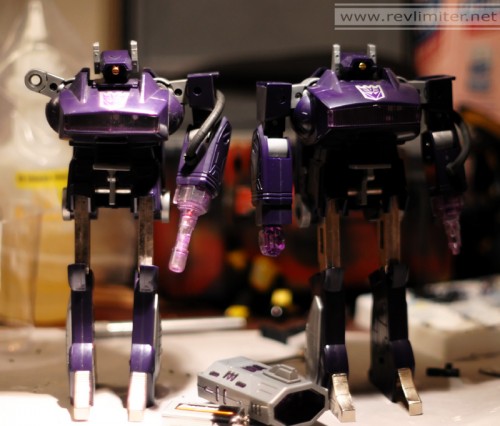 See, I bought this “high quality” knockoff Shockwave from an overseas auction site a few months ago. I paid a lot. Too much. He (er, IT) arrived and was missing the tip of the laser hand. The knockoff was also missing any sort of soul whatsoever.

I’ve never owned a G1 Shockwave, so I thought maybe it was just a rather character-less toy. Nope. The broken G1 toy answered that question. He has TONS of soul. So instead of following my original plan of using the laser hand to complete my knockoff, I chose to disassemble the knockoff and use the good parts from it to restore my G1 Shockwave. And maybe even modify him a bit.

First, I disassembled G1 Shocky. The chest was split due to some broken screw-posts. Those were glued. There were a few broken screw posts in the legs as well. Those were also glued. Devcon Plastic Welder is the good stuff.

This is exciting blogging, no? 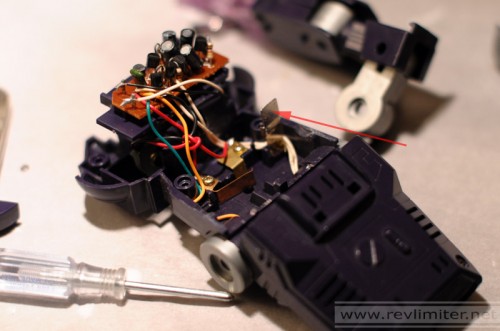 The laser lights in the G1 toy still worked, but there was no sound. I decided to use the (excellent) electronics from the knockoff instead. Also, the knockoff never stood up on his own very well. That was due to missing thigh ratchet stopper post thingys. They’re just metal tabs, but they’re kinda important when they’re missing. 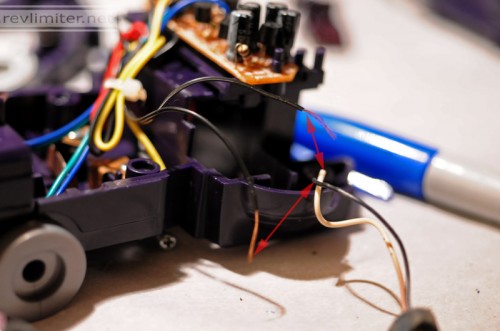 I decided not to use any of the knockoff laser hand or too-short power hose, so I snipped it off and spliced in the G1 laser hand. WHY did they make the hose too short on the knockoff??? I’d rather have a cracked and split original hose of the correct length.

The 25 year old laser hand also has a very nice patina to it that the knockoff lacked. 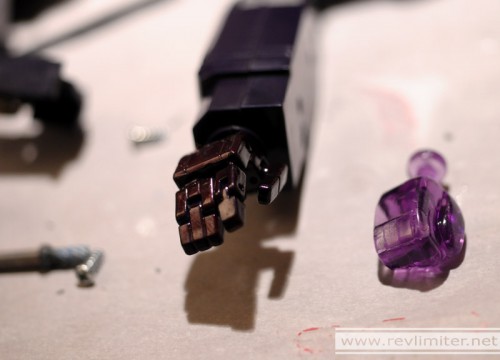 While I was at it, I decided to get rid of the transparent G1 fist and use a spare Masterpiece seeker hand I had in my spare parts box. A quick coat of purple paint and a post to make it fit the G1 arm, and Shockwave has fingers!

When you only have one eye and one hand, you’re a little limited in the self-expression department. Having articulated fingers on that one hand really helps. 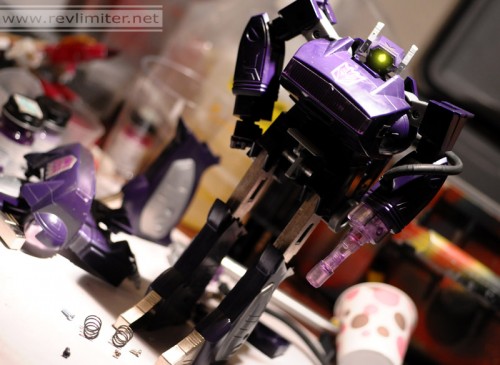 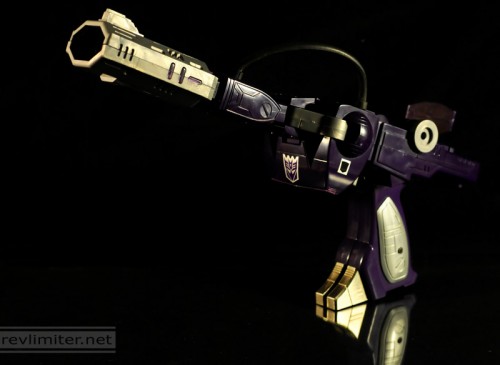 I always loved how he was never a hand gun in any of the G1 series. Shockwave was always a HUGE SPACE CANNON. He floated in the air and vomited purple death out his barrel. Who can argue with that? 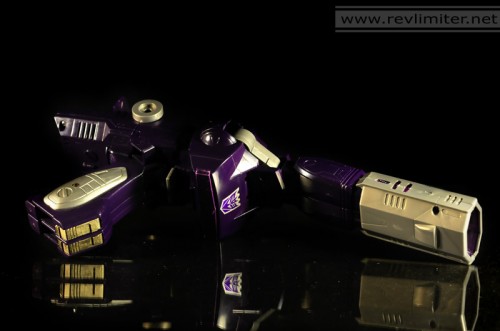 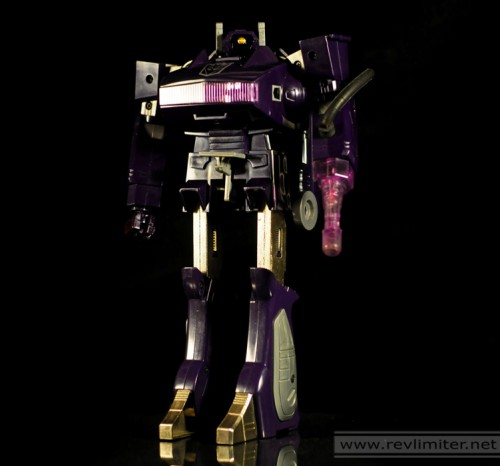 It was some of the most satisfying bot hacking I’ve done in a year. Giving this broken G1 toy new parts… it hit all the right notes in my strange little mind. Kinda like finding a classic car and restoring it. Now I have a G1 Shockwave to enjoy for years to come.

And enjoy him, I will. 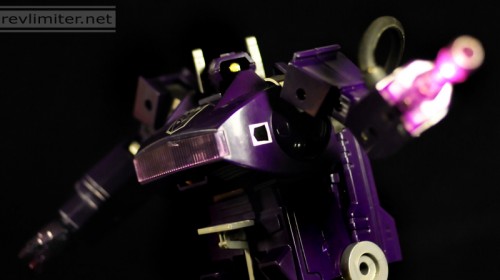 All trespassers will be BLAPPED! 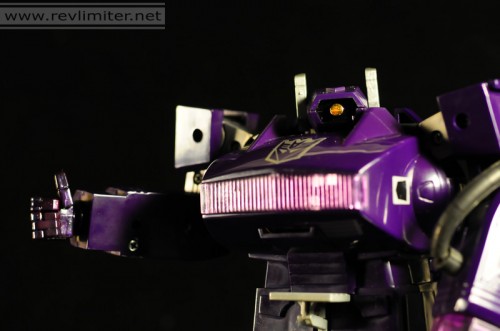 Thumbs up. WAY up! 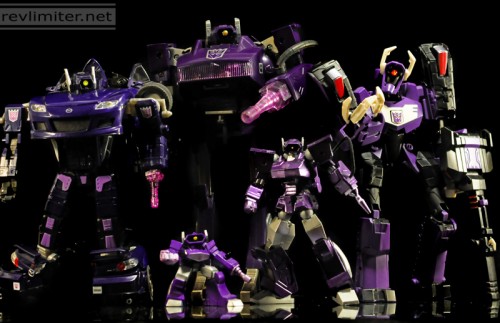