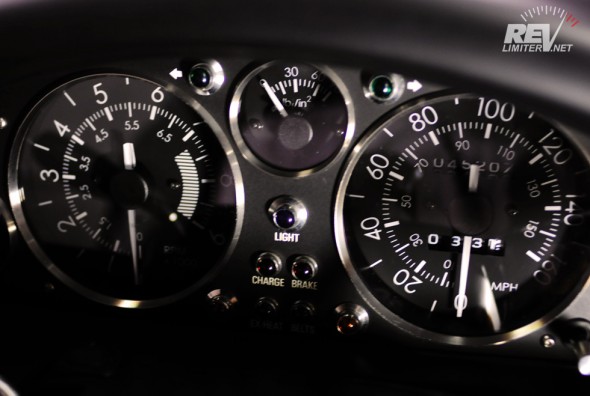 What’s hiding in the shadows?

A few months ago, a buddy sent me a link to a vintage aircraft site. I was scrolling through all the gorgeous old planes, when I got to the cockpit section. And you can imagine how the rest of my day went. Everything stopped while I poured over the instrument panels. Such beauty. 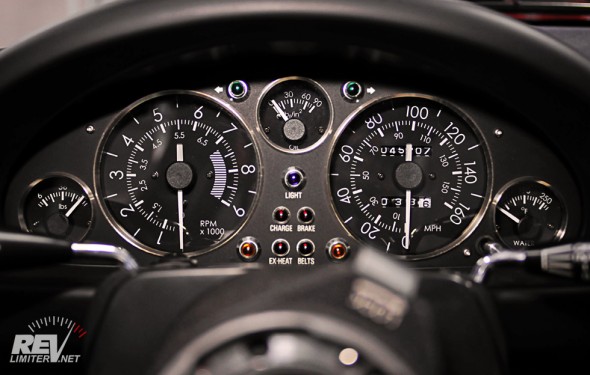 The gauges (er… instruments) on those old planes were very interesting. Most were quite plain. They also lacked any color whatsoever. There was the odd gauge with all-yellow numbers, but about 95% of them were white numbers on black. I was struck by how easy to read they all were. Void of extra flourish. Nothing but functionality.

I started working on my own set. My own version of vintage aircraft instruments. A design where function was the primary goal. No flourishes. No unnecessary design elements. All that you need and nothing you don’t. 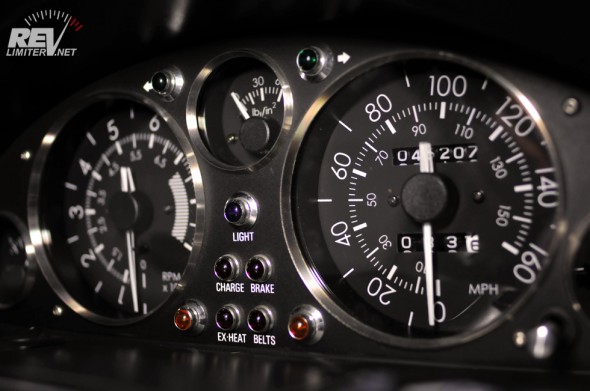 From the speedometer side.

The one design choice I made was the rotated numbers. This isn’t really something you see on the vintage planes, but it was the best way to get a large number in the space between the tick marks and the bezel edge. And I loved how it turned out.

As for the zero point, I decided to try 6 o’clock. I’ve never had a set of 6 o’clock gauges in Sharka before and wanted to try it. 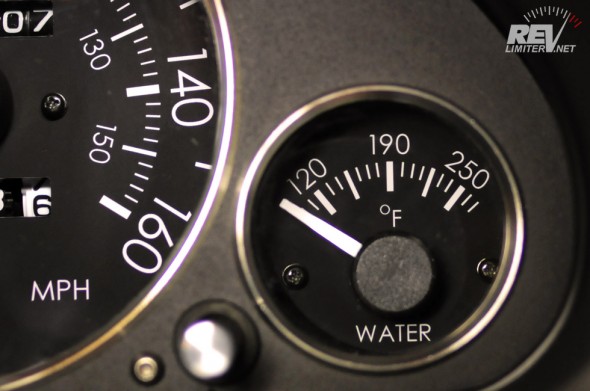 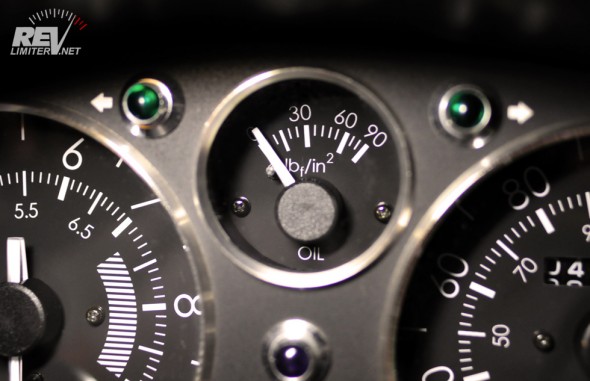 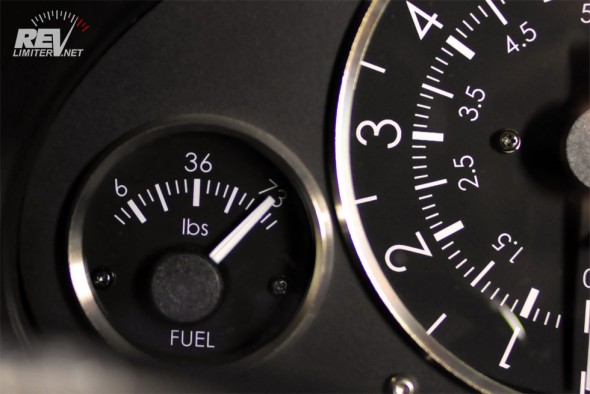 I had to shrink down the small gauges to fit in the tiny portholes created by my KG Works instrument cluster. With the first version, I couldn’t actually see the numbers. Much nicer to be able to see all of the artwork.

And how about that gas gauge? It’s in pounds! That’s a feature directly lifted from vintage plane cockpits. There was none of those Empty/Full stuff. They measured in weight. I’m far too proud of this. 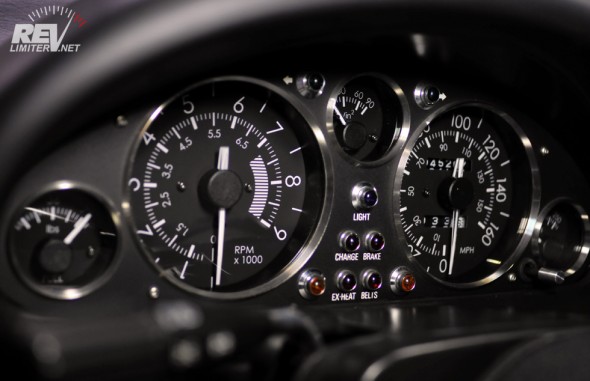 I’ve never had a set of monochrome gauges in Sharka either. So far, I’m loving it. It’s quite a change from previous gauges I’ve used.

And then there’s night mode… 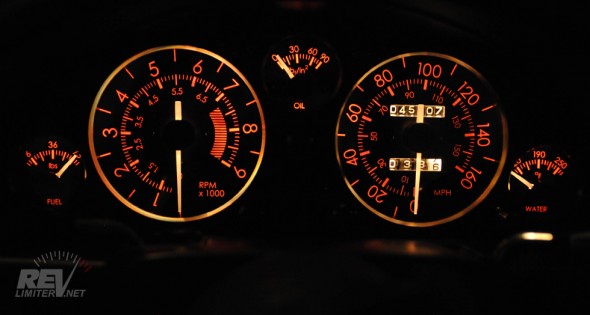 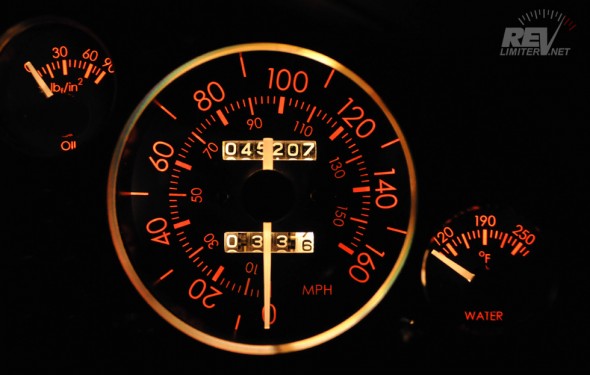 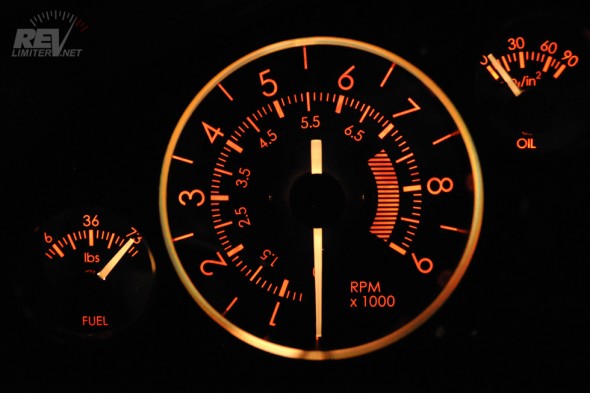 I did some work with the light diffusion layer of these gauges. The result is what you see here. I’ve never achieved such even levels of lighting before, at least on the speedometer. That one is a pain to get very well lit. But… well… check it out. It’s quite decent! Much more uniformly lit than even the OEM gauges.

So. There it is. Six months later and another set of gauge for Sharka. He works hard. He deserves to be spoiled a little.

Want some of your own? These are available in my store. Now, if you’ll excuse me, I’m gonna go out and drive around while trying to resist making airplane noises.