Window Switches Are Back! (er… already sold out, sorry) 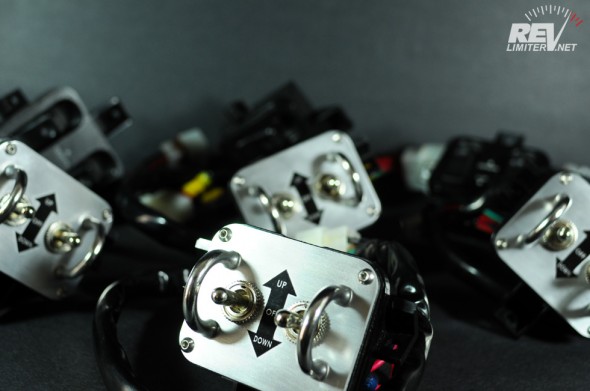 You know you want one.

After being out of stock for nearly six months, I have some Retro Window Switches back in stock. I’ve also got some strange black ones in the background.

But first, the metal ones. 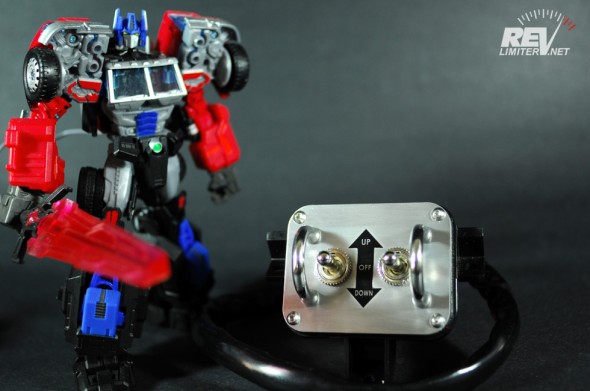 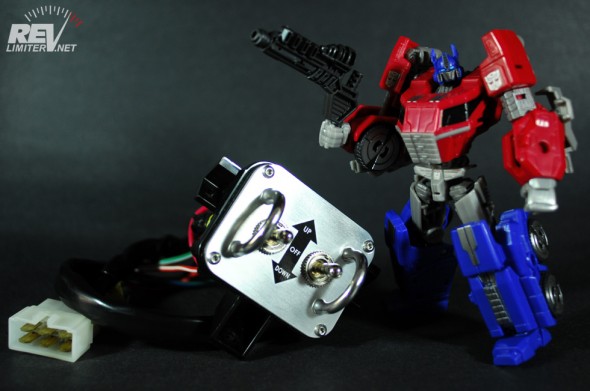 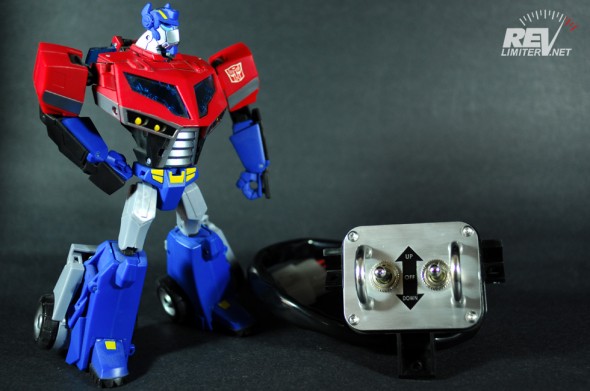 TF Animated Prime checks it out. 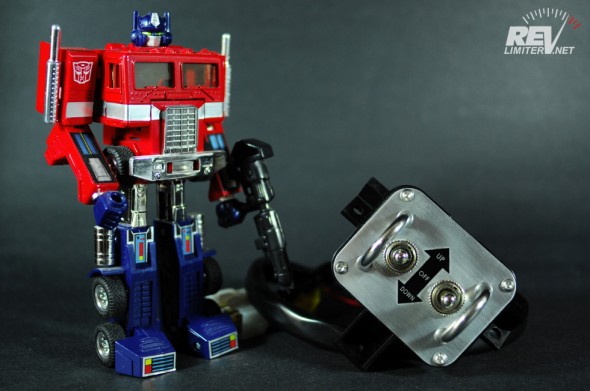 Metal parts are the right of all sentient beings.

I’ve got four of them. If you want one, fill out my order form and I’ll send it your way ASAP.

But what about those black switches? They happen to be Mazda JDM window switches with the auto-down feature. Unfortunately, the auto-down is on the USDM passenger side. But really, it doesn’t matter since that feature burns out often on the switches and two of them don’t have it anymore. But they still work great as a regular up/down window switch and they look a bit more snazzy than the US OEM switch. 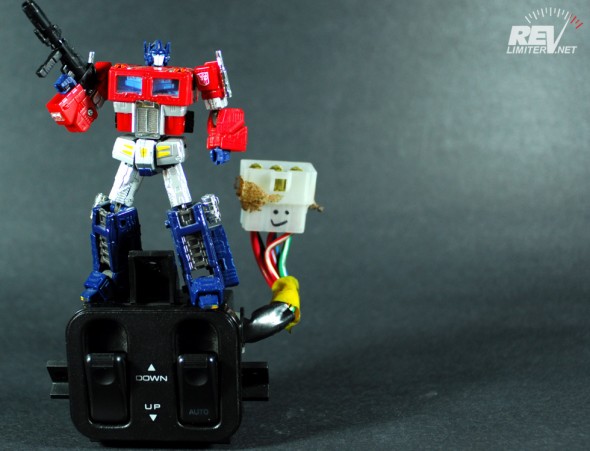 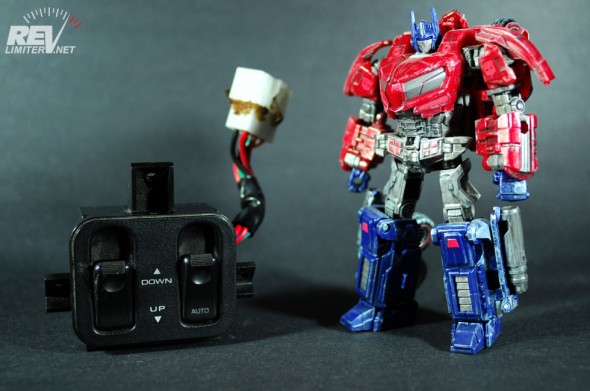 No auto-down, but everything else works. War Within Prime guarantees it. 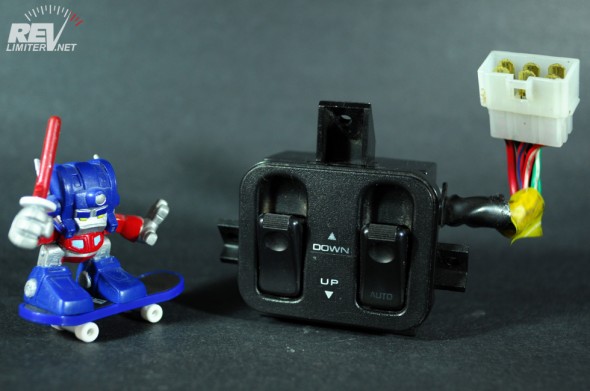 All three will need the wiring extended to work with US-spec manual transmission cars. You’ll need about six feet of 14 gauge wire (one foot of extension times six wires) to make it work. 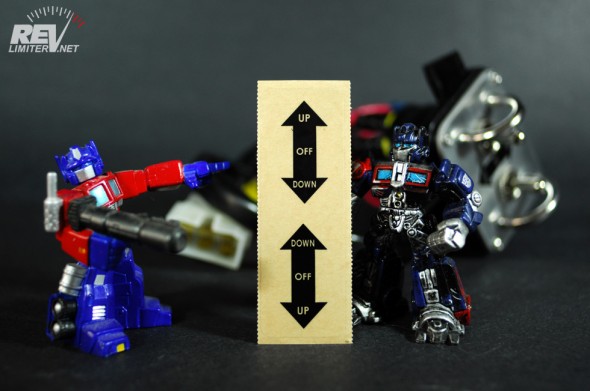 Extra stickers with every Retro Switch!

The switches now come with extra down/up stickers. If you would rather have the upside-down writing like the OEM switches feature, you can peel off the sticker that comes with the switch and cut out a new one.

All sold within about two weeks. Sorry!

2 Responses to “Window Switches Are Back! (er… already sold out, sorry)”