40″ Height No Longer A Requirement 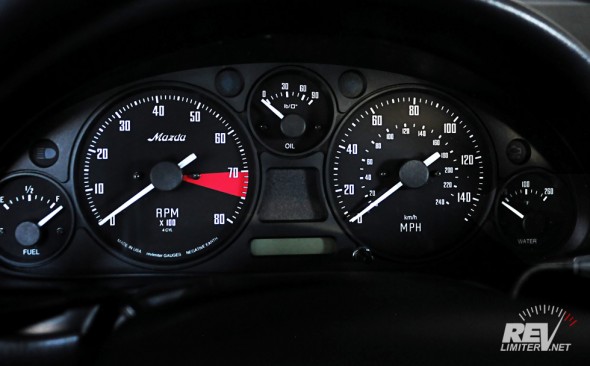 Version GT-40 for the NB

Yes, more gauges. Lots of posts about them recently. I’ve just been making so many! They’re always on my mind.

My latest set? Version GT-40. And as you might have guessed from the name, they’re inspired by the 40″ tall Le Mans-winning sports car. But spending six figures or more to sit behind them is no longer necessary. 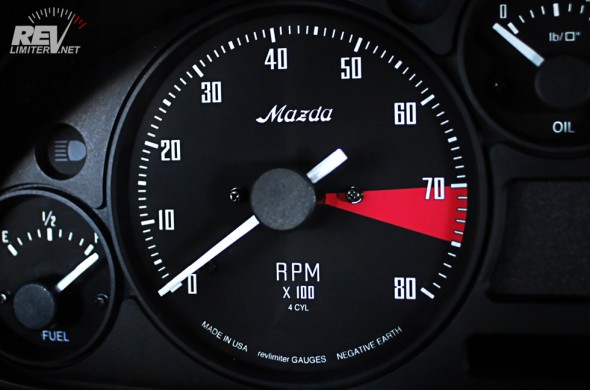 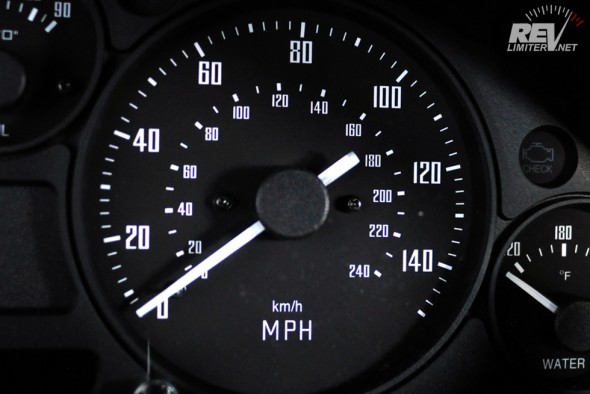 (things I’ve learned as an automotive blogger: refrain from typing “tranny” or “speedo” unless you have a very good spam filter.) 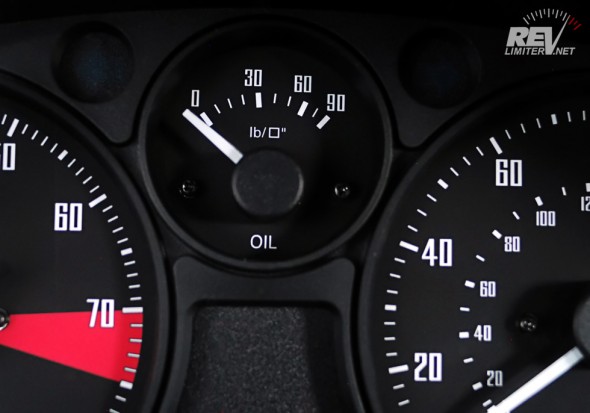 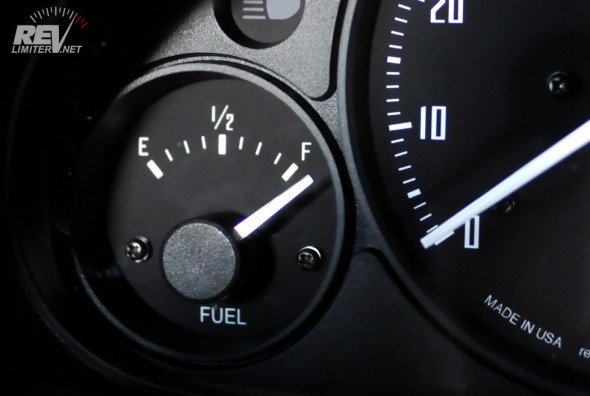 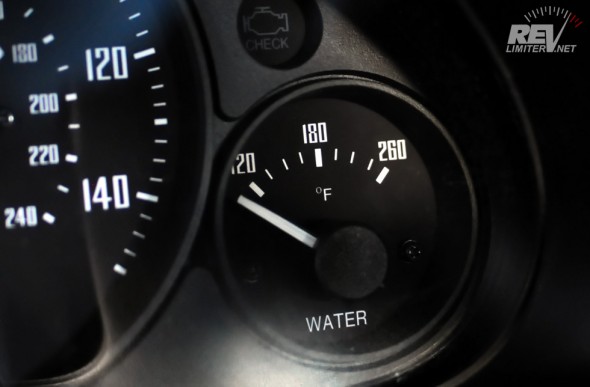 I did my original design for these gauges about two years ago. The design sat in a folder because I could never quite get it right. It was a little too… not right. So I let it sit and cook on the back burner. I opened the design a couple weeks ago and I suddenly realized what was wrong – the font. I was using some sort of modern, rounded font. It was no good at all.

So I scoured the intartoobz for a font that was similar to the 60s Smiths typeface. I found a couple, but nothing that was perfect. And nothing less than perfection would do. So I drew these numbers by hand.

Yes, I drew them.

The numbering on these dials is a perfect recreation of the original typeface. Width, line thickness, everything. Even the tiny slope at the top of the 1 – everything is perfect. It was worth the day of work. Once I got the proper numbers laid out on these gauges, they began to shine. A little more work and everything was done. 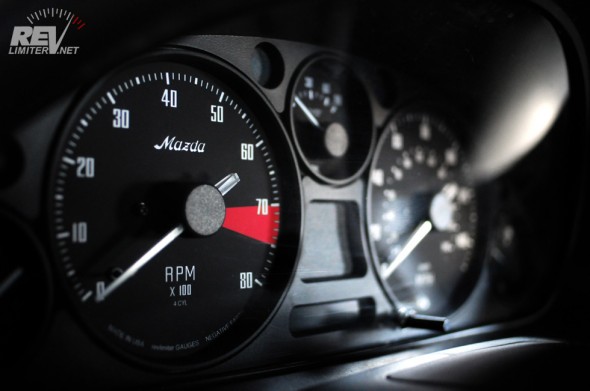 So so pleased with these. 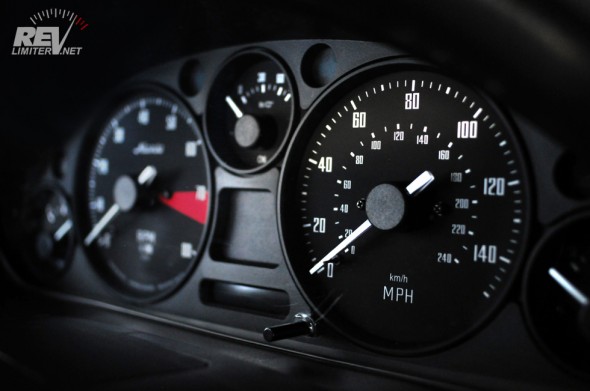 If anyone is keeping score out there, this is the FOURTH set of revlimiter Gauges that Bucky has worn in the last year. Four. That is a lot of gauge sets. I guess Bucky is making up for the decade of lost time in which he wore the OEM clocks.

I think these gauges will remain installed for a while. I’m rather smitten. Though they need something… they seem to be asking for some sort of garnish around them. Trim rings? A whole KGW panel? Something. Not sure what at this point. 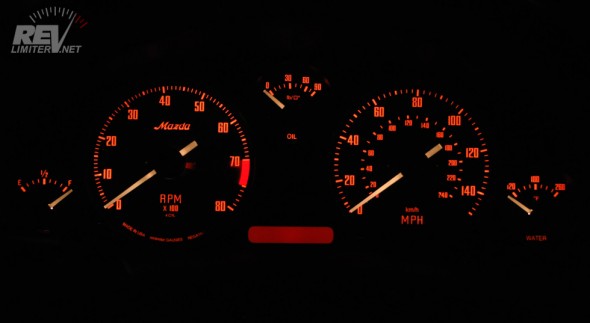 Can’t forget night mode. I’m particularly proud of this. They light up so evenly. The light distribution is better than the stock gauges on my Mazda3. 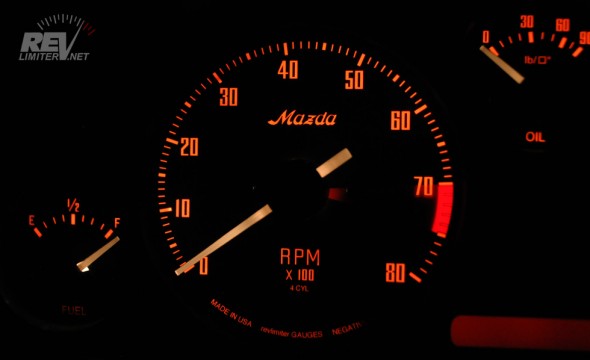 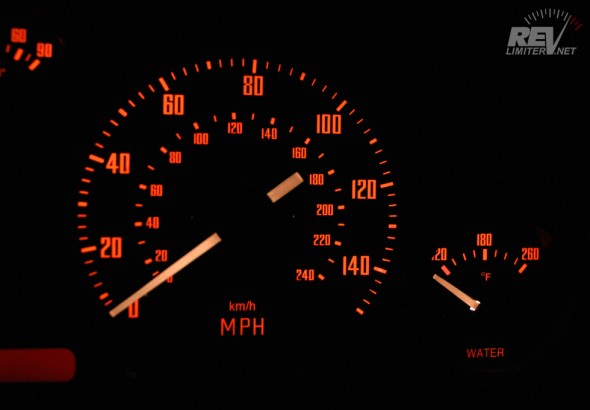 Hardly a hotspot to be found. 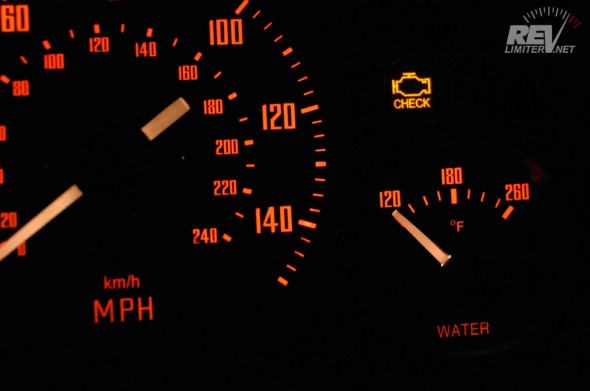 CEL moved away from the gauge art, as it should be. 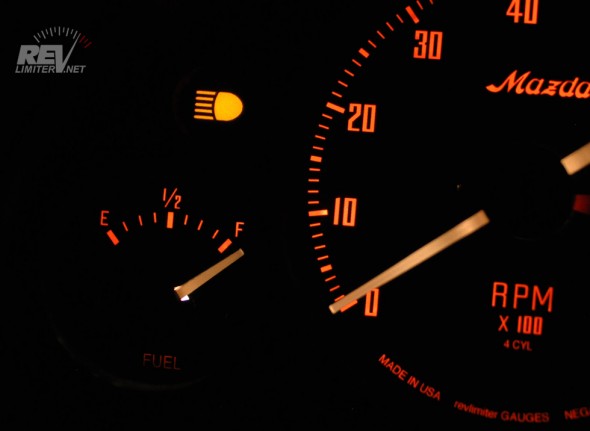 High beam shoved in the corner.

Yeah. That’s the good stuff. I almost feel like Bucky lost a few inches of ride height just by me installing these faces. That windshield frame just might be in the 40″ range…

As with all of my gauges that I blog about, these are in my store. Version GT-40 is available in both NA and NB flavors.

11 Responses to “40″ Height No Longer A Requirement”