Head Gasket Time (and every other gasket)

I’ve been having some water disappear from my overflow bottle ever since installing my 99 engine and turbo. Not much. In 200 miles of driving, I barely see the level drop from just above the Full line to just below the Full line. And I’ve also been getting some bubbles in the overflow bottle after I shut the engine off.

Long story short, it’s a head gasket. I acquired a very nice coolant pressure tester (I need to do a review of that little tool) and it was confirmed. The coolant system is getting pressurized pretty quickly when the pressure tester is connected and the engine is cold and running. That means I get a big box of stuff from Mazdacomp! 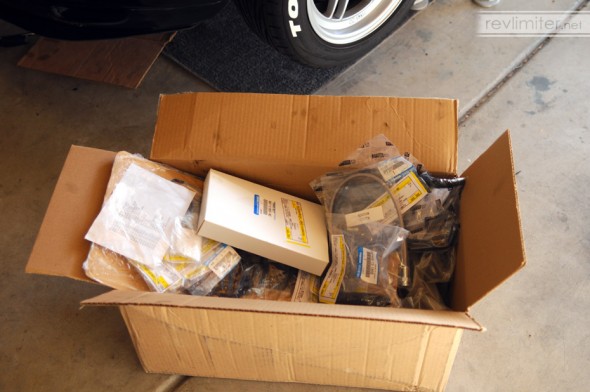 A big box of parts from Mazdacomp.

Since I have to remove everything to do the head gasket, I might as well replace all the consumables at the same time! Why spend $80 when you could spend a lot more and not have to wonder when the last time your timing belt was done on your second-hand motor?

I’m a member of Mazda Motorsports (also known as MazdaComp) so I can get these parts for really really cheap. And so can you! All that’s needed are timeslips from two timed automotive events per year. 2 autocrosses are all it takes. But if that’s not your thing, two visits to your local drag strip also count. You just need slips from different dates. Mazdacomp saved me enough money on all of these parts to buy a set of ARP head studs and a new clutch line for free and still be about $100 in the good. That is compared to prices of the next best internet Mazda parts house. 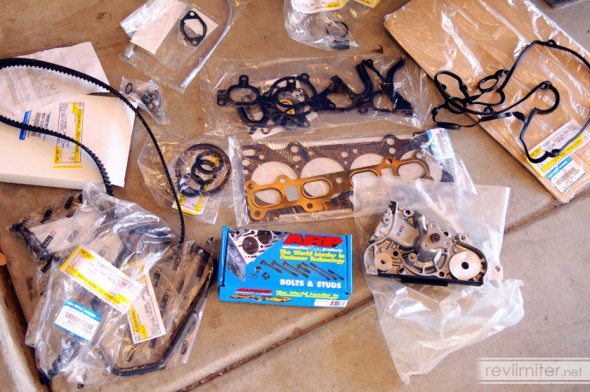 A complete engine gasket kit and some other goodies.

Every gasket. Including some for the oil pan according to the parts list. This is odd since you use gasket goop to seal up an oil pan… Oh well. I’ll have some spare parts when I’m done since I’m not taking the engine completely apart.

Opening this box was a similar experience to opening the FM turbo box. There were tons of parts buried in many layers of packing material. The parts just kept coming out of the box with no end in sight. It was like an ideal Christmas morning, but instead of toys or turbo parts, I got factory Mazda stuff.

Here’s a few parts numbers to help folks out in a similar spot. This short list will take care of a LOT of consumables on a 99 engine. 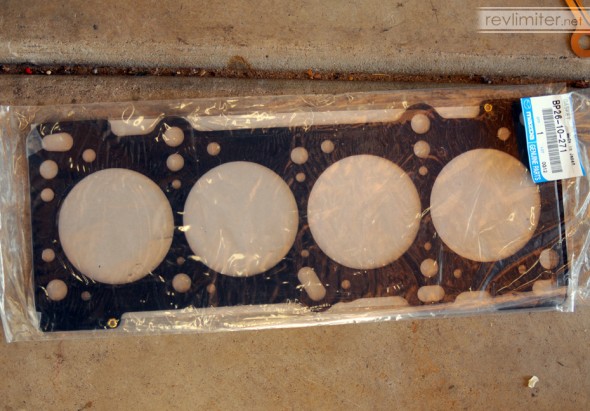 Folks thinking about doing a coolant reroute might check out this thread on head gaskets from miata.net. There’s a lot of good info there. I’m considering a reroute before I put everything back together. 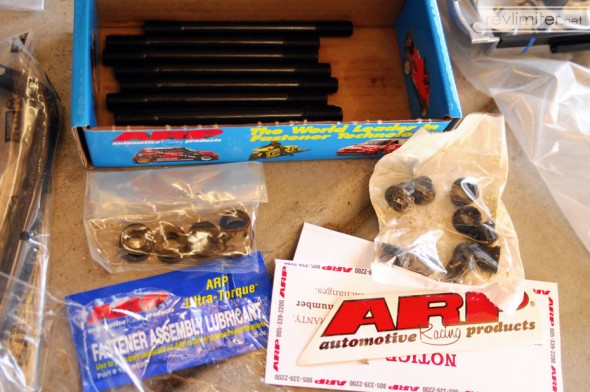 This was my first purchase ever from 949 Racing and I was impressed! They had the lowest price for these studs out of any Miata-specific vendor I could find. Shipping was quick and email updates were plentiful.

The Miata head bolts are not the single-use type. Many folks get away with reusing them many times. But for a little more than a hundred bucks, I’d call these ARP studs some cheap insurance. They hold together some pretty crazy engines. They should have no problem with my tiny motor.

There is a question of how high to torque these ARP studs. My box came with instructions to go up to 80 ft/lbs. That seems way way too high, since the OEM spec is around 60 ft/lbs and these ARP studs should provide a lot more clamping force by themselves anyway. There’s a thread on MiataTurbo with a ton of good info. Looks like 48ish ft/lbs is the correct spec according to an ARP engineer (post 25). I’ll probably obsess about all of the info in that thread for a while and do 48-52 ft/lbs with the OE washers on the ARP studs instead of the ARP ones. 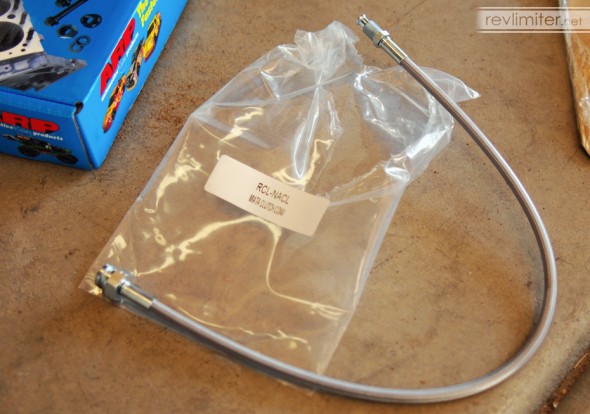 Since I was making an order at 949 anyway, I added one of their clutch hoses. This will let me eliminate the stock curly-q hardline and make clutch hose changes easier. Since I seem to go through them every few years, I’m all about things being easier.

This hose looks great. It has a clear coating and both of the fittings seem crimped correctly. The hose itself looks great and has no abrasion. Both fittings swivel nicely without any binding. I’m hopeful it’ll last for a while. The last two clutch hoses I’ve owned would have failed one of these quick tests (the FM one was not crimped and the group buy one I got at Clubroadster would not swivel). Maybe the third time’s the charm. 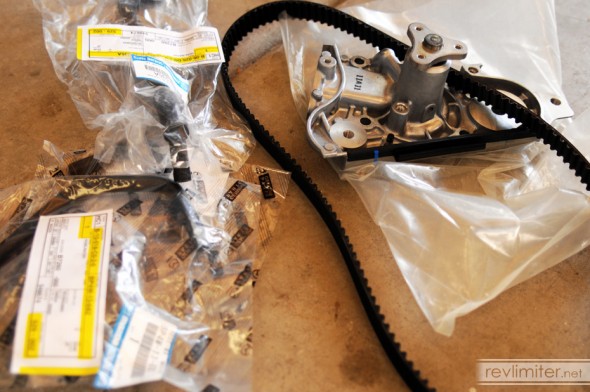 And a timing belt and water pump while I'm at it.

Since I’ll have everything apart, I figure why not. I’ll throw a timing belt at the engine while I’m at it.

And with that, I’ll get to work stripping my engine down.

« My Tow Hook Worked! | Clean Your Pistons Like a Boss »

6 Responses to “Head Gasket Time (and every other gasket)”