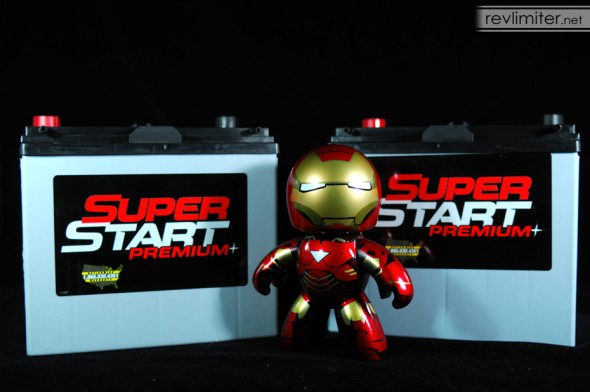 Nothing tops the Coppertop

Okay, so it wasn’t a surprise that Bucky, my 2001, needed a battery. That one has been weak all winter. I’ve been keeping it going with a trickle charger if I wasn’t going to drive that car for a few days. One weekend, I forgot the charger. The battery wouldn’t charge past 11 volts ever again after that. Still. That battery is 11 years old. Not bad. Definitely time for it to be retired.

But Sharka’s battery was a shock (ba-doom boom. tip your waitress). That battery has been nice and strong since I got the 95 chassis a few years ago. I went to start him up and was rewarded with a voltmeter pointing to the 10 mark. The battery was strong enough to provide a single chug to the starter motor, which was enough to start the engine. I threw Bucky’s dead battery in the trunk and went out in search of some juice. 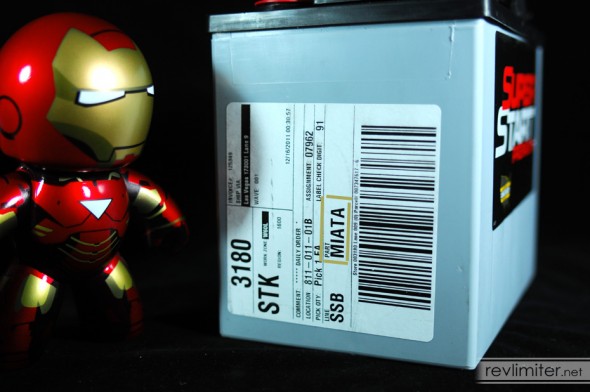 I just wanted a stock replacement battery. I’ve had Optima batteries before. They’re awesome. But they’re also heavy and over-sized and expensive. And I’m not really interested in saving weight on the back passenger corner. If anything, that’s the one place you really want to ADD weight. So, an exotic, lightweight battery wasn’t appealing to me either. I just wanted a stock replacement.

Thanks to a little internet research, I learned that O’Reilly’s Auto Parts stocks a gel cell replacement battery for Miatas. The part number is MIATA.

THAT, my friends, is awesome. How could I not buy that? 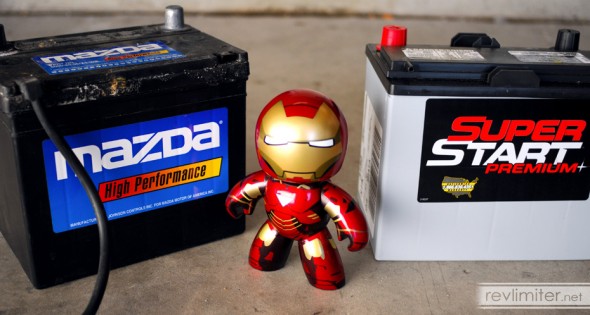 As you can see from the first pic, I got home with two of these little batteries. I ripped the dead one out of Sharka for some comparison pix. They look to be the same size. The tops look a bit different. And then it hit me.

The Mazda battery was a classic flooded-cell type of battery. A wet cell. Lead acid. Not sealed. And it was crusty, shitty, and leaking. 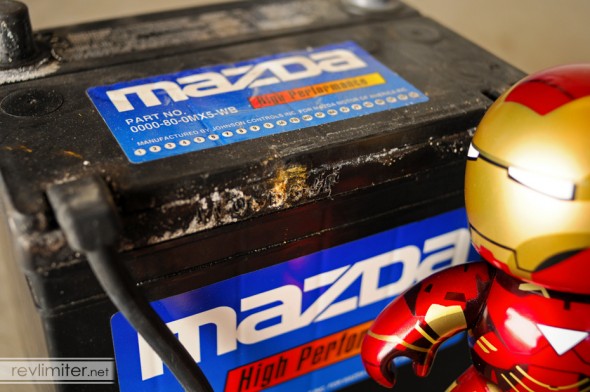 Iron Man is not pleased. 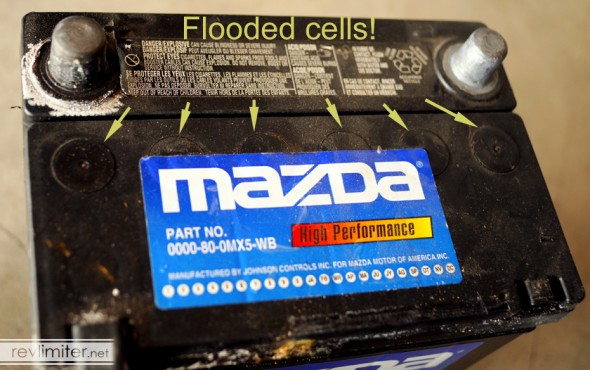 A classic wet-cell battery. With the Mazda name. Ugh!

Back to the internet for more research. I discovered that Mazda is supplying wet cell batteries as OEM replacements now days. I was stunned. Gone are the famous Panasonic AGM batteries. Now they have these acid-leaking things.

I was less happy than Iron Man about this turn of events. I had no idea this thing was sitting in my trunk. And I really pride myself on my knowledge of Miata trivia. This is one bit that somehow escaped me for a number of years. It seems Mazda started supplying these wet cells back in 2007ish and have done so ever since. 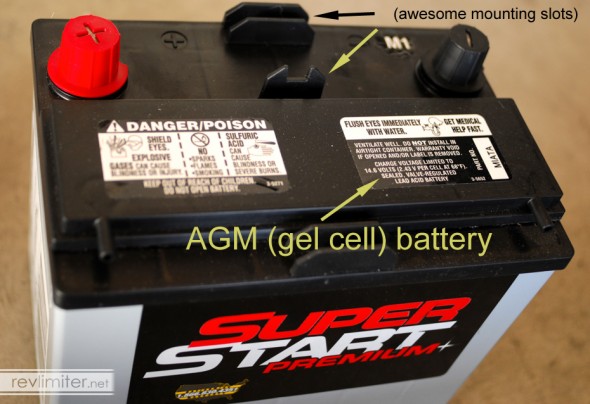 Here, I thought I was just swapping out one AGM battery for another. Nope. It was an upgrade. Put back to how things were originally intended.

Yeah, I might be making a big deal out of this. But I’m passionate about these little cars! They deserve to not have acid leaking all over their trunks.

If none of this makes any sense to you and you have no idea the differences between flooded and dry cell batteries, go hit Wikipedia. Cliff notes: you want a maintenance-free, non-exploding battery in your trunk. 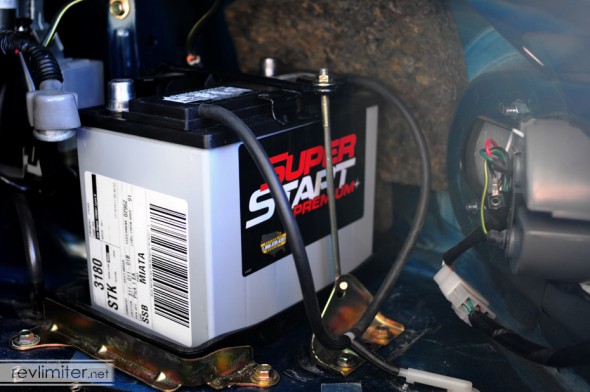 Installed. After an hour of cleaning acid off every bracket. 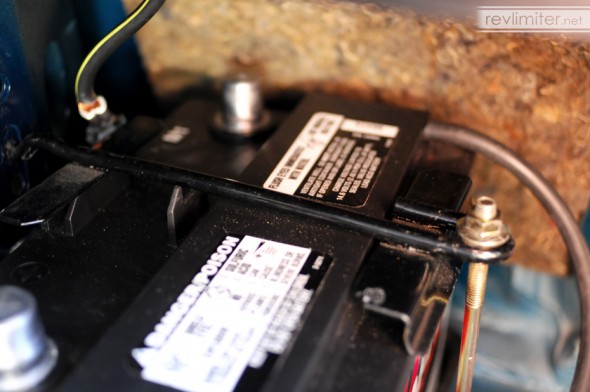 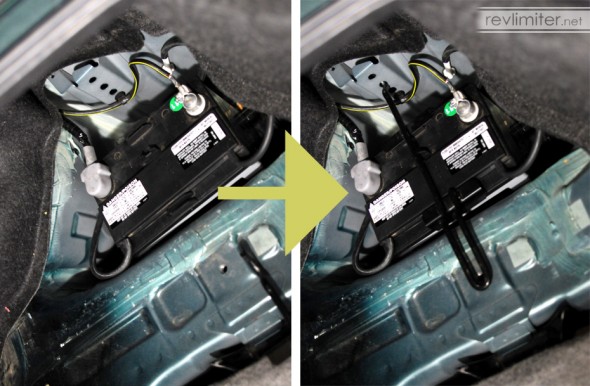 Fits an NB perfectly too.

The icing on the cake are the little slots built into the top of the battery. They’re just perfect for the stock battery tie-down. Not even the OEM battery that came out of Bucky (which I neglected to photograph) had this. The tie-down just rested on the tops of the cells.

I’m pretty impressed with O’Reilly’s Miata battery. It may look rather humble at first glance (Super Start doesn’t exactly sound like a luxury brand) but it’s really worth the $100 bucks.

Here’s hoping it’s another 10 years before I blog about Miata batteries again.

12 Responses to “Batteries Not Included”