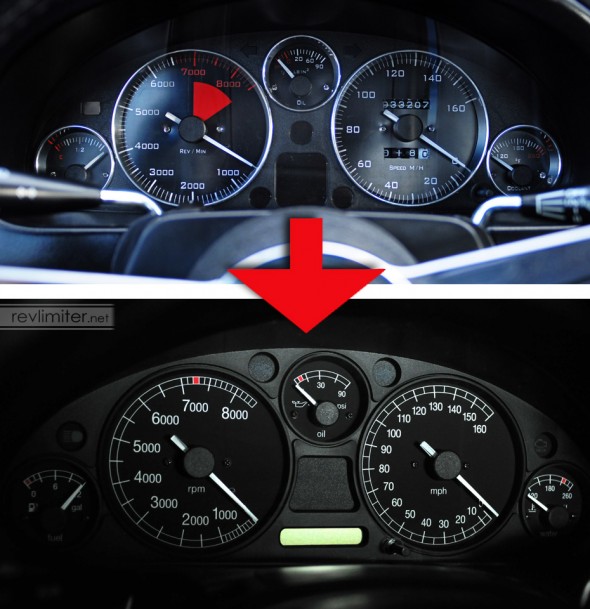 Though they weren’t my first set of custom gauges, the Version F1 is the set that I used the longest. They were in the first Sharka for at least 5 years. Then, when I built the second Sharka, I put in a new set of F1s and drove happily for about another year.

Fast forward a couple more years. I’m now making gauges by the metric ton and creating new designs in my spare time between filling orders. The F1s have been in the back of my head the whole time. I always loved the design and thought it could use a revisiting. A little refinement. Another go.

So, I’ve come full circle. I have F1 gauges in my Roadster again. 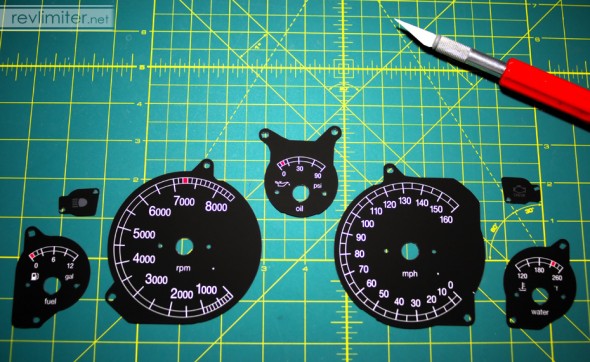 With this design, I went back to the McLaren F1 roadcar and tried to create as faithful a tribute as the Miata gauge pod would allow. Obviously, there are a few differences. The McLaren redlines at 7500. It has a 90 liter tank. It also uses white faces with reflective lighting (as opposed to through-the-dial lighting) except on the F1-LM which has carbon fiber gauge faces. So, the F1-stage2 is not an exact copy. But I didn’t want that. I just wanted a faithful tribute. Something with the vintage style and modern feel of the McLaren gauges.

And I think I’ve done it. 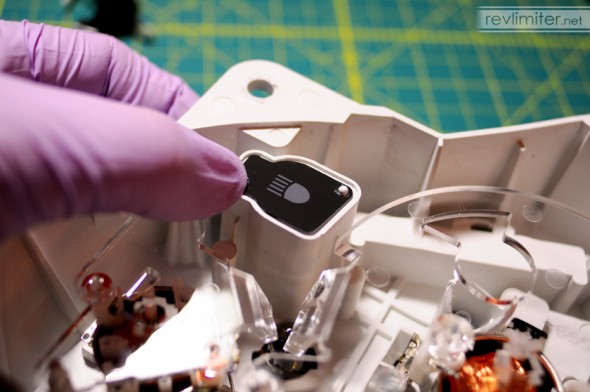 One thing that I could not accommodate with this design was the Check Engine Light on the NB speedometer and the high beam indicator on the NB tach. I was faced with the uncomfortable prospect of leaving them off completely or hacking up my cluster to relocate them. I was eyeing the far outside indicator slots as my targets for relocation.

In the left slot was a cruise control indicator on Bucky, my 2001. On the right was this little key indicator that would light up for .5 seconds on engine start and then stay extinguished. On 99-2000s, the right indicator was blanked with not even a bulb installed. These spots seemed perfect. I decided that I needed neither of these lights on Bucky. The cruise control button lights up when pressed after all. And that little right hand one was beyond useless.

It was just a matter of figuring out how to do it. 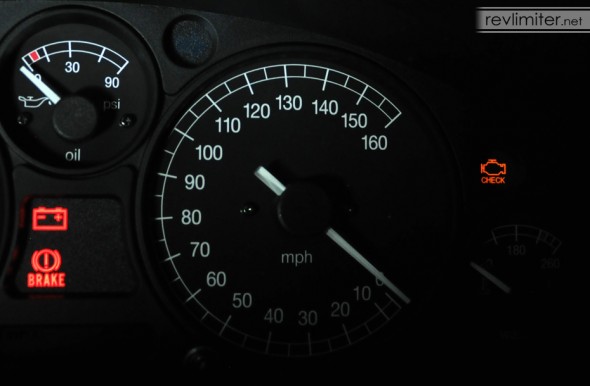 The CEL was super easy. I’ve already figured out how to move that light around inside the speedometer itself. Moving it to the slot above the water temp gauge was as easy as moving the one pin inside the connector.

My test cluster comes from a 2000. The cluster in Bucky is a 2001 cluster. They have a few traces that are different. The high beam is one of them. The bulb has a dedicated power and ground on the 01 cluster. Or rather, a high and a low. Both of these have voltage. They pull to ground when the HB is off and they have voltage when the brights are on. High has 12v and low has around .45v. 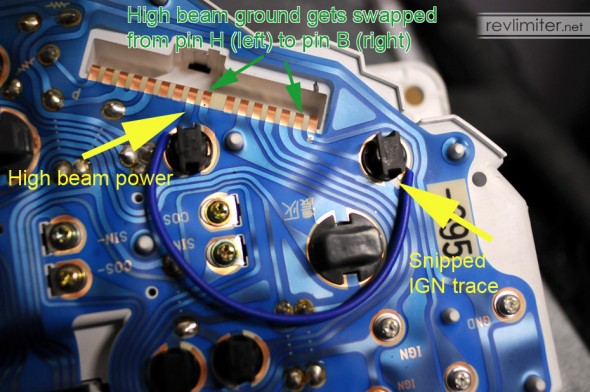 In other words, they’re both switched power, like in a house. Not switched grounds, like in a car. I may have pulled a little hair out over this.

Long story short, it was easiest to snip the board and run this small wire from one bulb socket to the other. Then I swapped the pin in the connector and was rewarded with a working high beam. I smashed the original bulb (on the left) and removed the guts and glass so that I wouldn’t have two bulbs lighting up. It amounted to about 2 minutes of work, but it took me well over an hour to figure out that 2 minutes. heh 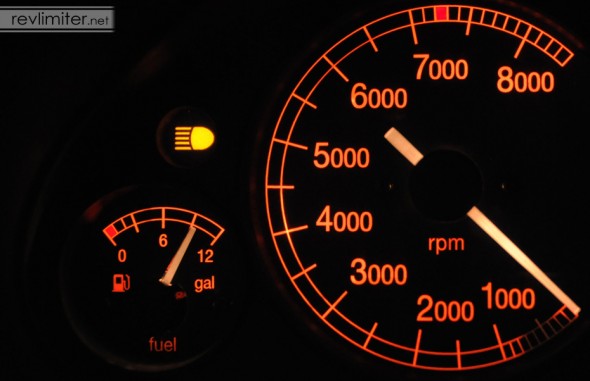 And I hear that other year NBs have different lights. Some apparently have a low fuel light where my cruise indicator was. Still – I figured it out for my 2001.

Enough about the little indicators. Here’s the whole gauge set. 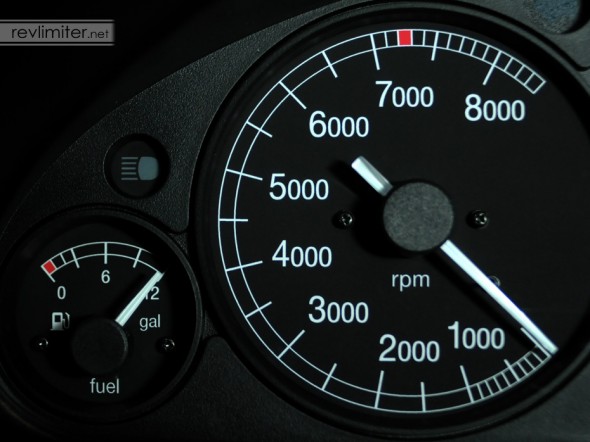 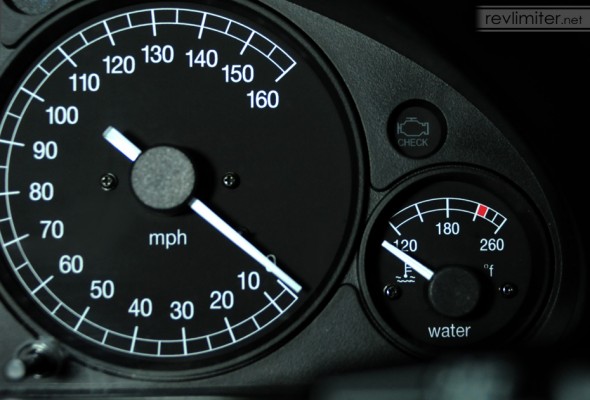 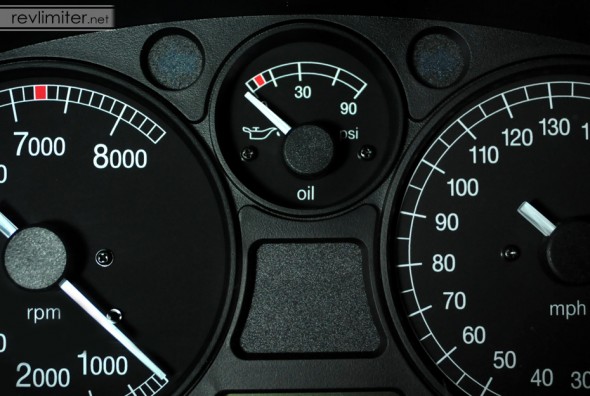 Driving with these in Bucky is… familiar. I logged so many hours with the original version in Sharka, it should be familiar I guess. And I love it. Having the rev limit right at noon feels perfect to me. And having the gauge design as close to the McLaren F1 as I have it really works.

Having those little indicators moved out of the gauges is the cherry on top. I *hate* having to design gauge art around those two elements. Just hate it. It’s the single reason I don’t do more NB designs. The little high beam and CEL just drive me nuts.

And now I never have to worry about them again. At least in my own NB. 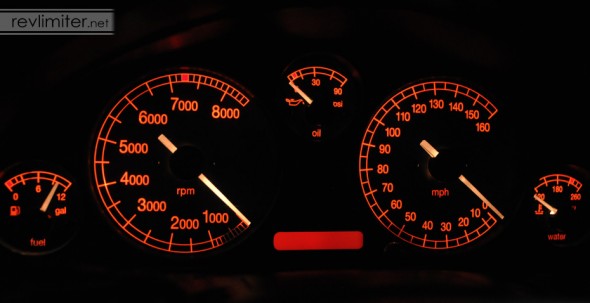 Not quite perfect, eh? 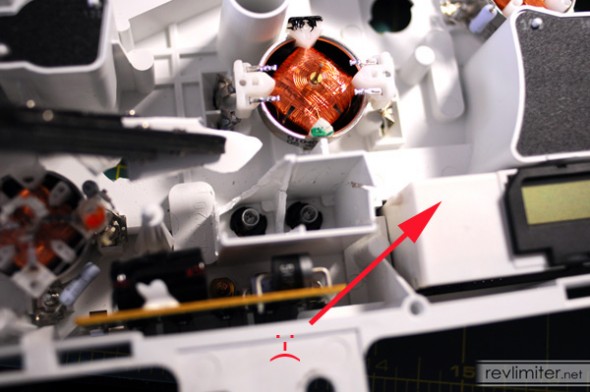 The "microcomputer" spoils the lighting.

The white box in the center that holds the odometer ruins the lighting on the 0-1000 range of the tach and makes it pretty damn dim on the speedometer. My wiring diagram calls it a microcomputer. I’m tempted to crack open the one on my test cluster but… it’s really not so bad. I can live with a small dim area. The rest of the lighting is quite even and lovely. A good match for the stock NB2 amber lighting.

And now the inevitable question: will these be for sale? Well, the NA version will definitely be up for sale. But this NB set? I’m unsure. Rewiring the cluster to make the high beam light up might be pretty difficult for some folks. And I can’t help anyone with anything later than a 2001. So… these might just be for Bucky.

And that’s okay. I kinda like the idea of having a gauge set just for me.