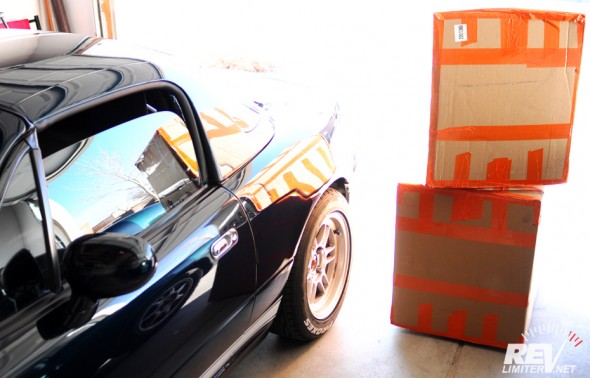 What could these be?

Before I begin, I must apologize for the week-long tease. I did NOT intend on having such a long wait between teaser pix and this post. Lack of a fender roller and shipping time delayed things.

But that is now in the past.

About these boxes… They came from California from a dude who goes by “jdmslick” aka Marco. I’ve been hoping Marco would sell these wheels for over a year now. And during that year, I slowly built a Star Shark fund. I’ve also been scouring various sites in search of some 4×100 Sharks.

They’re pretty rare, SSR Star Sharks in 4×100. There are only three sets currently in the country. 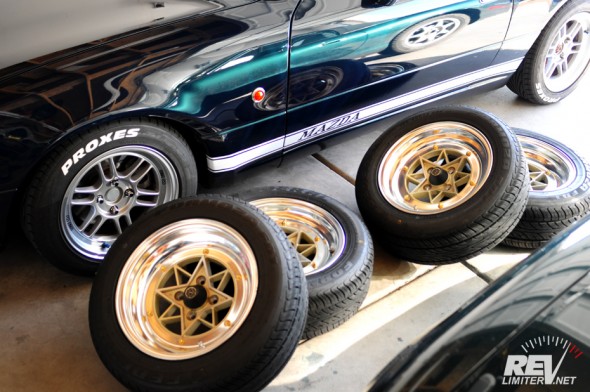 Star Sharks next to Sharka

Anyways, Marco sold me his set of Sharks. This happened right after a gorgeous set of SSR Meshies appeared on the CR classifieds. I *almost* jumped on that set of wheels, but something in the back of my mind said “but then you won’t have Star Shark money.” And not 24 hours later, I got a text from Marco asking if I wanted to buy the SSRs. “YES!” was my one word reply.

The moment I opened those boxes and gazed at all 4 wheels was… religious. I’ve never seen a set in person. I’ve put together a fairly large folder of Miatas on Star Sharks on my hard drive, but that’s no substitute for seeing the real thing. Touching them. Sitting for hours and gazing…

I could go on. 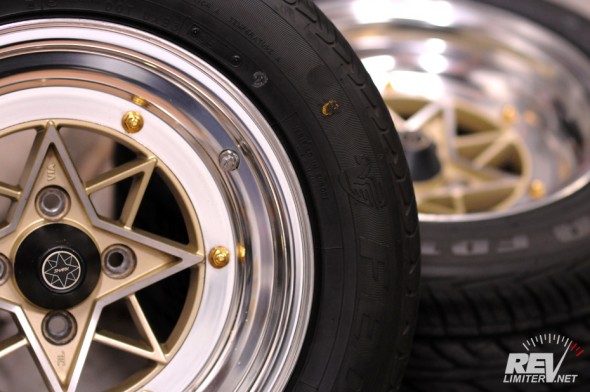 My Sharks are the only faded gold set in the country. One black set and one red set round out the small US Star Shark Owners Club. And the faded gold is what I wanted. I’ve studied old SSR photos for years. I’ve always wondered exactly what this color actually looked like. Was it really so beautifully dull? Or were people desaturating and doing other various camera tricks.

Nope, they’re really faded gold. Just like in these pix. And it’s gorgeous. It’s like looking at a three-dimensional Kodachrome photo. 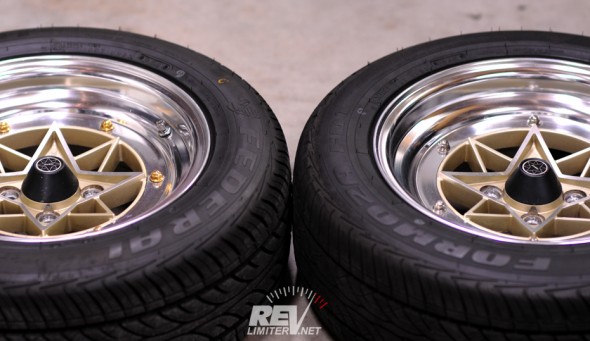 My set came with gold wheel nuts. They are original SSR acorn nuts, never removed or replaced. Well, until now. The gold bolts just didn’t quite fit with my dream. I just wanted regular old polished ones with the gold painted centers. So… I swapped them out. Quick work. And I can go back to gold if I want. 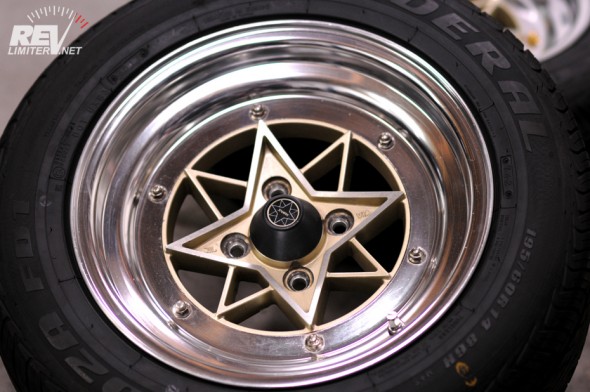 The wheel were gorgeous to begin with. But with the polished nuts? They’re what I’ve dreamed about.

Sorry. I seem to be gushing. I’ll stop. Or at least gush a little less. 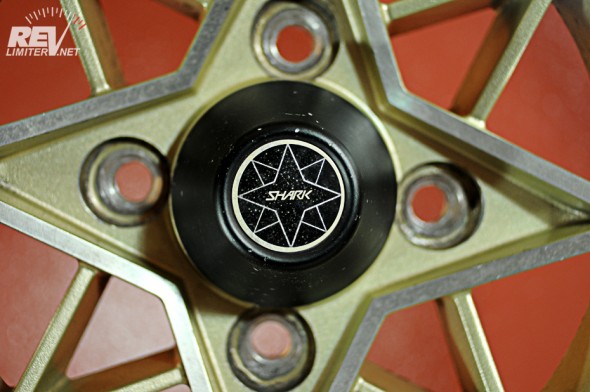 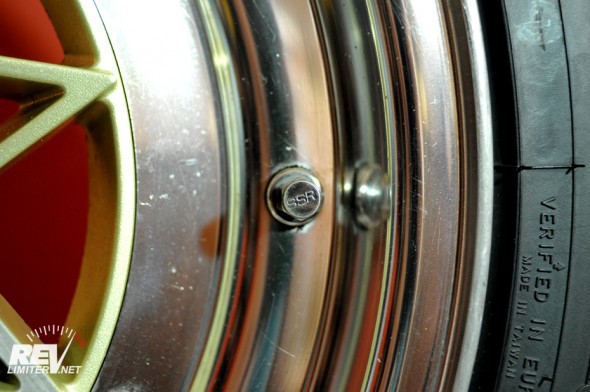 The center caps are metal. They’re in extremely good shape for being so old. Star Sharks were made in the 80s. These little SHARK stickers are around 30 years old.

And SSR valve stems? WITH CAPS? I’m a lucky guy. 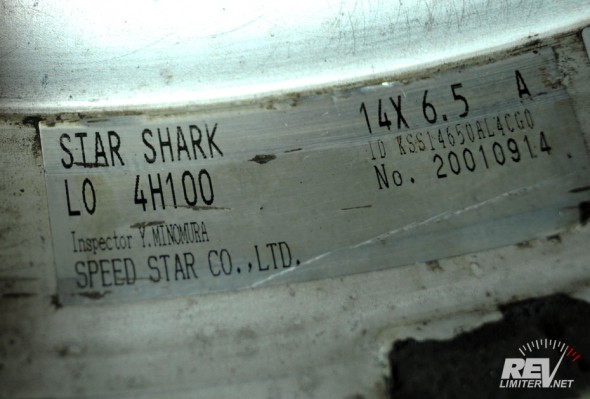 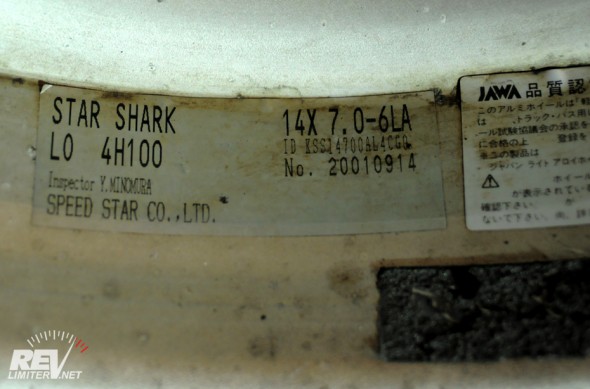 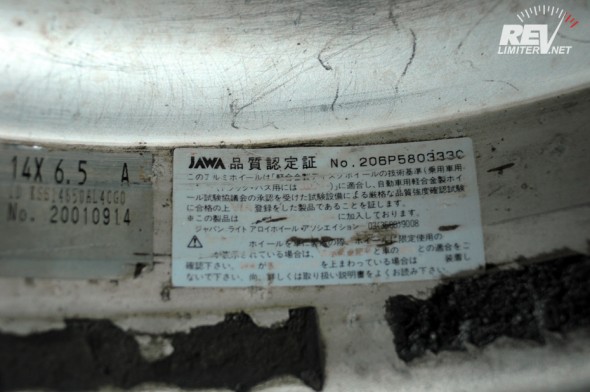 If only I could read it.

All 4 of my wheels have intact spec stickers. This pleases me to no end. 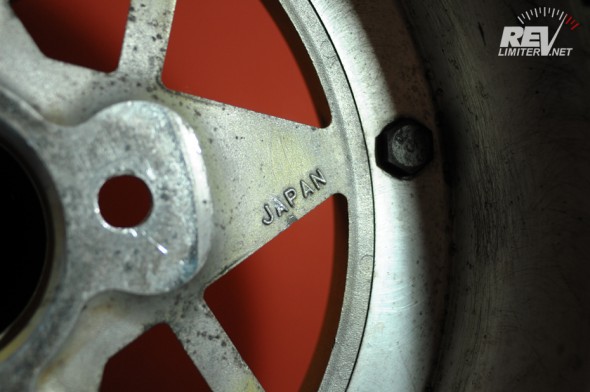 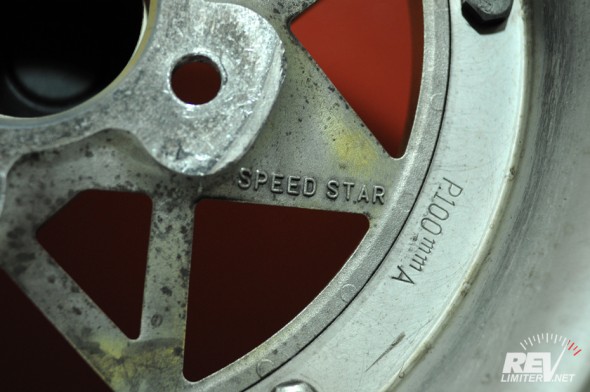 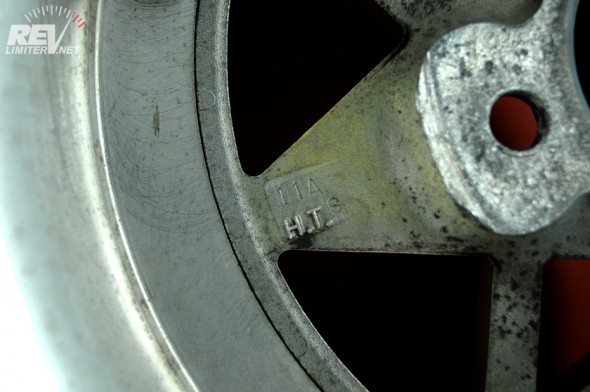 Not sure what this means... 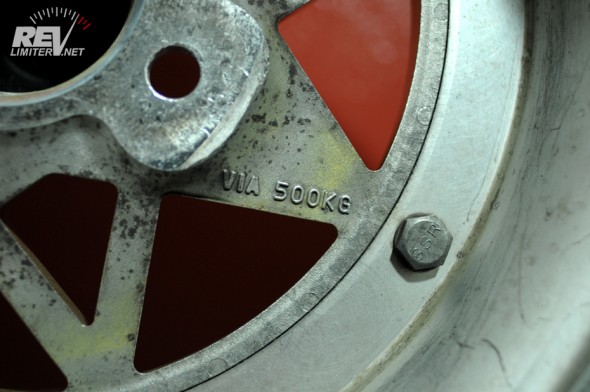 Even the wheel bolts say SSR.

And that’s all that’s written on the backs of the spokes. Quite a bit actually! Modern wheels don’t really have this sort of stuff. At least not in my experience. 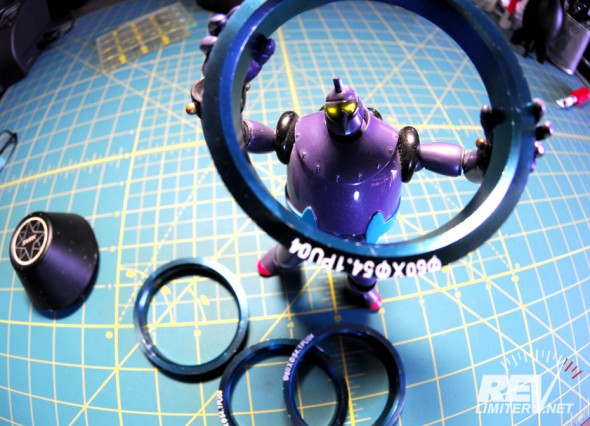 Since I had a week to wait while Sharka chilled out on jack stands, I ordered some hubcentric rings from Discount Tire. They came in 2 days. Well done, Discount!

Miata hub = 54.1mm. SSR center bore = 60mm according to my caliper. Discount had this exact ring in stock. Metal and blue anodized. Can’t beat that! And indeed they fit perfectly.

And now for the good stuff. 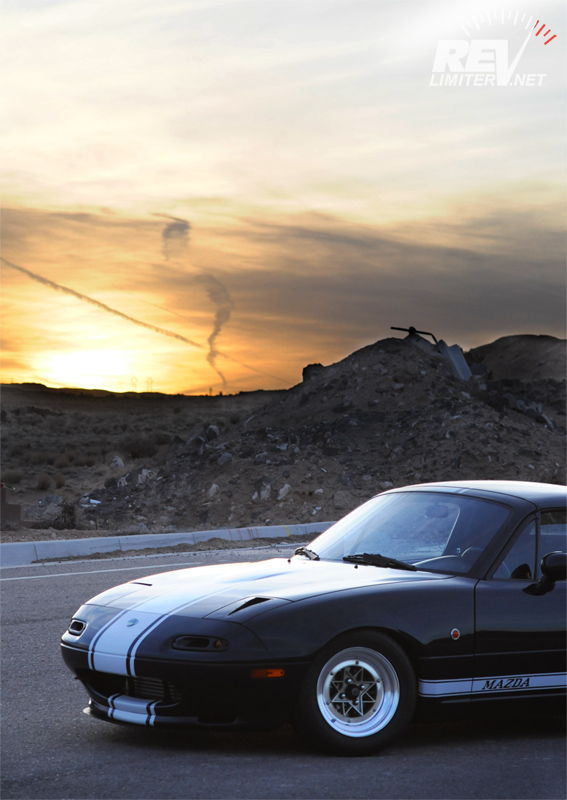 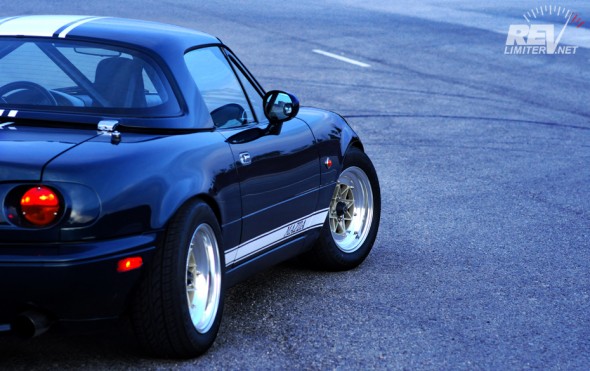 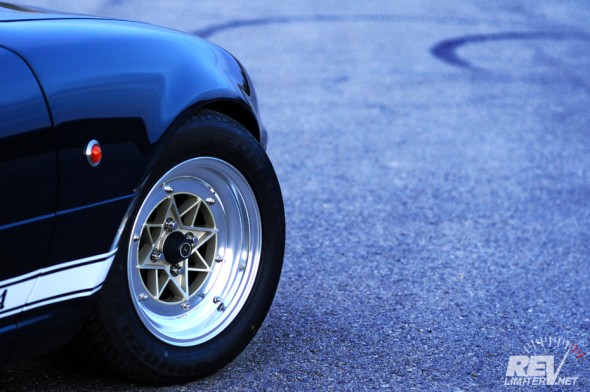 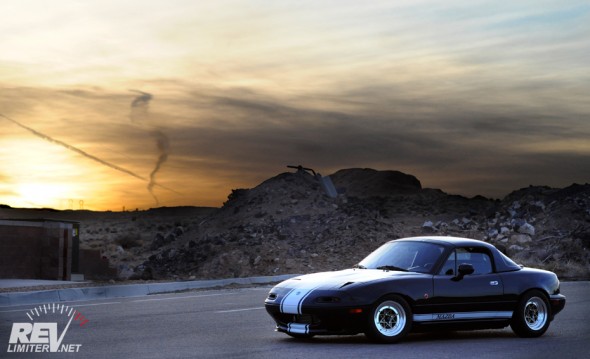 That’s all I got for now. I shot these photos after a good 4 hours of fender mangling with my new fender roller. It was not an easy 4 hours and I have a few more to go. I still have some scraping when encountering any sort of bump whatsoever. I was also losing the light, so… only a few pix of the wheels mounted. For now.

But I have Star Sharks. My world is a bright and happy place.

And now to spam every Miata forum ever with these pix.

« The Next Stage | Luminous Dark Alleys »