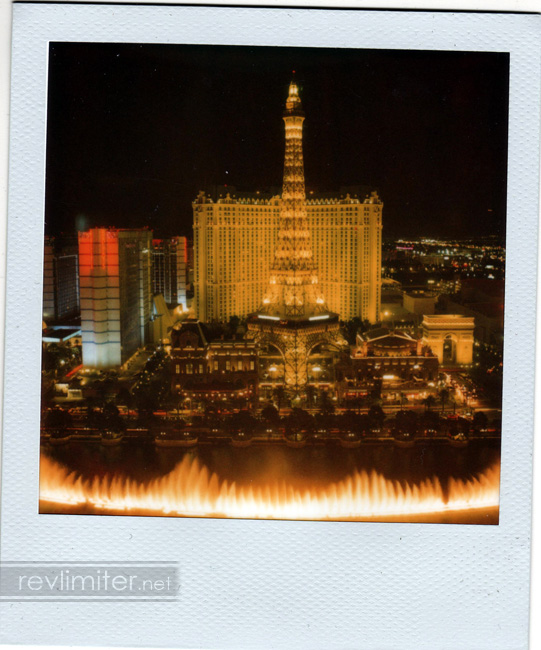 Paris and the Bellagio fountain show as seen from my window.

I recently got back from a vacation to Las Vegas. It was just a quick week away, but it was nice. I’m not much for gambling, but there’s a ton of other stuff to do. There’s food and shows and lots of beauty to see and photograph.

Photograph! I brought four cameras with me.

One of the cameras was my Polaroid SX-70. For those who aren’t intimately familiar with the SX-70, I’ll give you the executive summary: it is actually an SLR (you look through the lens), it’s fun to use, has a manual focus lens, and is not a very smart camera. And for photos with exposure times above ohh…. one second, you get this great thing called Reciprocity Failure where your exposures get sort of random. There is a way to calculate what SHOULD be a correct long exposure, but there’s still some trial and error factor that pops up.

In other words, Polaroid 600 film isn’t the best ever at doing night photos like the lead shot. In fact, the camera (at least my camera) cannot even do it by itself. It is as likely to spit out a correctly exposed frame as it is to give you one that’s completely over or under-exposed. 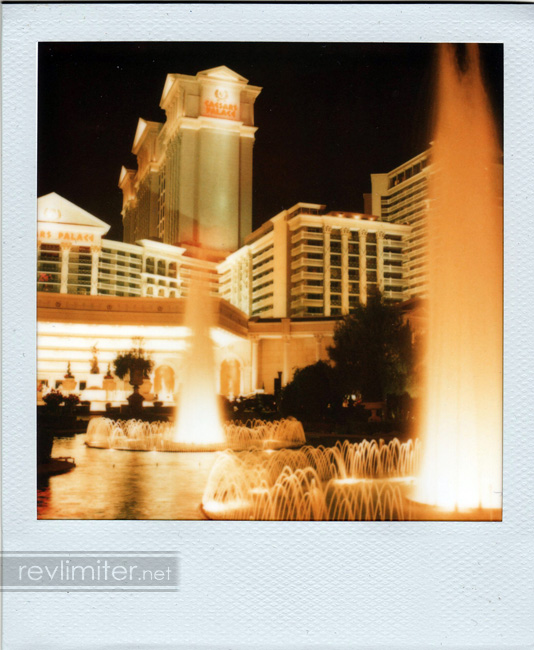 I climbed over a hedge to get this Caesars Palace shot.

So. How did I get the camera to do this? I took my excellent Nikon D300 digital and turned it into a very over-powered light meter.

2: Point the Nikon at the subject. Make note of the exposure time in the viewfinder.

3: Set up the Polaroid on a tripod and point it at the subject. Frame it up. Hit the button.

4: COUNT. Yeah. Count. I counted in my head. The lead shot of Paris was 8 seconds. The shot of Caesars was about 4 seconds.

5: When the exposure should be done, shine a tiny flashlight into the light meter on the SX-70. That will make it spit out the Polaroid.

Oh yeah. And do all of this with hundreds of people walking around you. THAT is the best part. 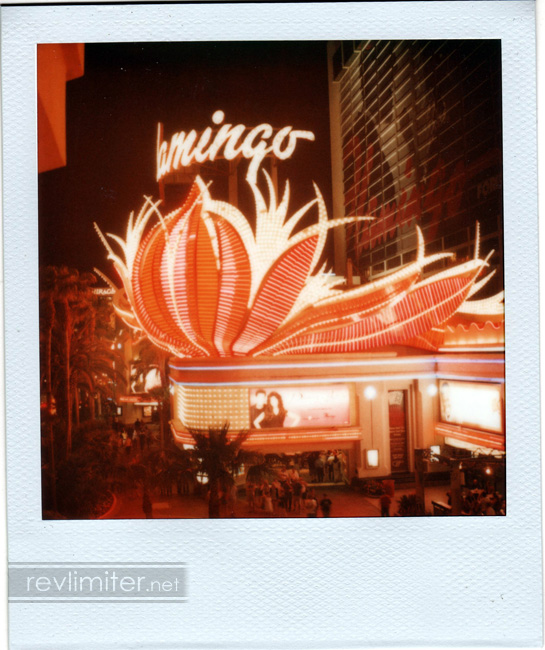 The Flamingo! Shot from a walkway above the street. 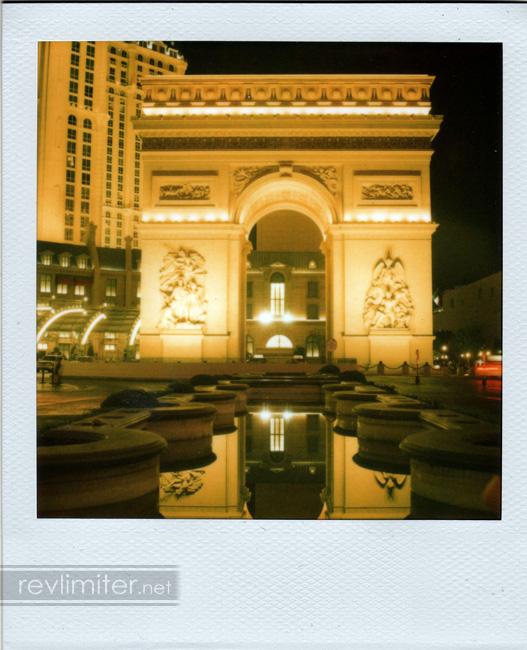 The Mini Arc de Triomphe. 3 cabs tried to run over me while I shot this. 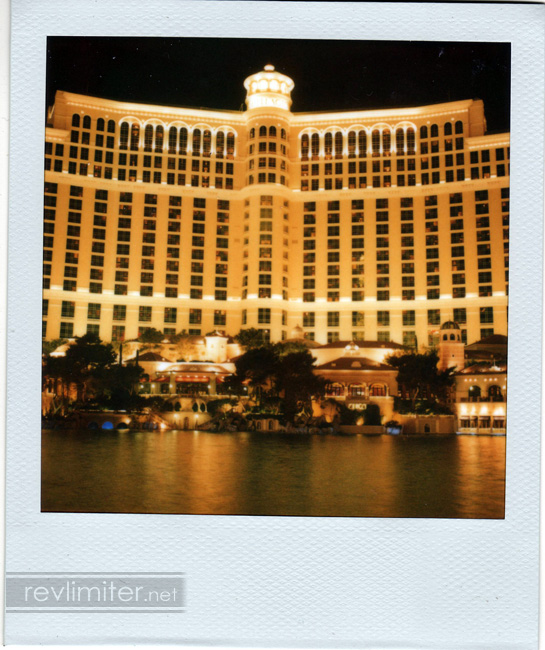 The Bellagio. My room was at the top of the middle segment, towards the left. 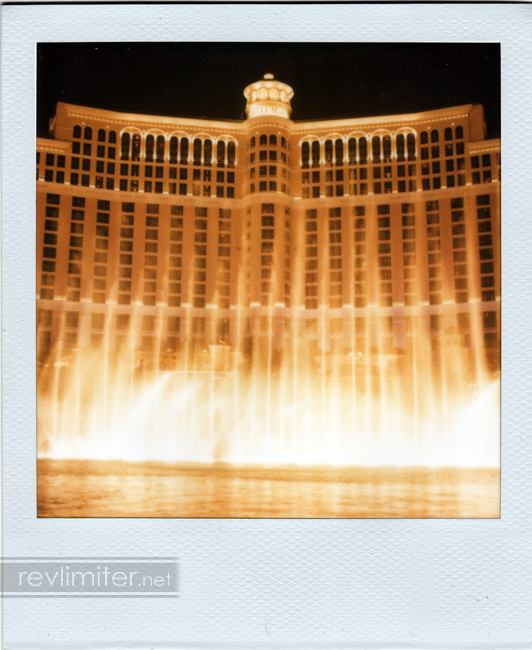 ... and with the fountain show playing. Maybe my favorite Polaroid ever.

Out of my pack of 10 Polaroids, 6 of them turned out. Actually, all 10 exposed properly. But some had cabs or less-pretty fountain spray in them. 6 out of 10 is pretty damn good. Lady Luck was with me.

Millions of thanks to my darling wife for assisting me with all of the gear required to take these shots and for keeping me from getting stabbed while I worked the cameras.