Shortly after I posted the MLP gauges, I received an order for a second set of those same gauges and the customer mentioned maybe wanting some Rarity gauges for his race car. I didn’t think much of it at the time. A lot of guys mention second sets and they don’t often happen. But a few weeks passed… and then the order was made.

Rarity gauges, HVAC, AEM faces, and badges. And a keychain. “Go nuts,” I think was said. 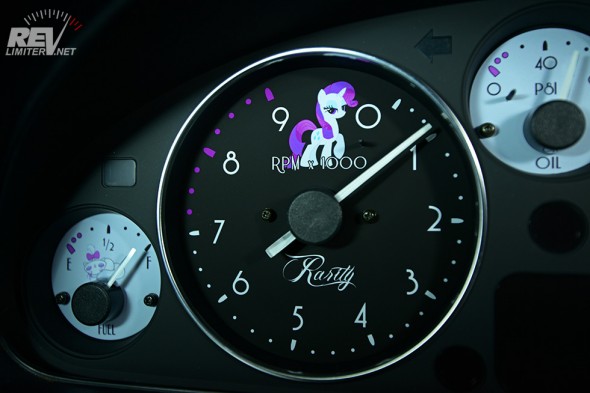 So classy. So pony.

For those who aren’t MLP Fans (I shutter to say “Brony” because of the negative connotations, but yeah, bronies), Rarity is a fashion designer. She has her own shop where she puts her creations together. She’s pretty high strung. She’s extremely generous. She has hopes and dreams of making it big in the fashion world, but struggles to get there.

Rarity is my favorite pony. I identify with her far too much. I could type pages and am struggling to contain my fan-thusiasm. I’ll simply say this: I love Rarity. And getting to design gauges that she might design herself? It was like a dream.

I stepped back a few times during the job to wonder how exactly my life got to that point. Then the inner Rarity voice told me to get back to work. 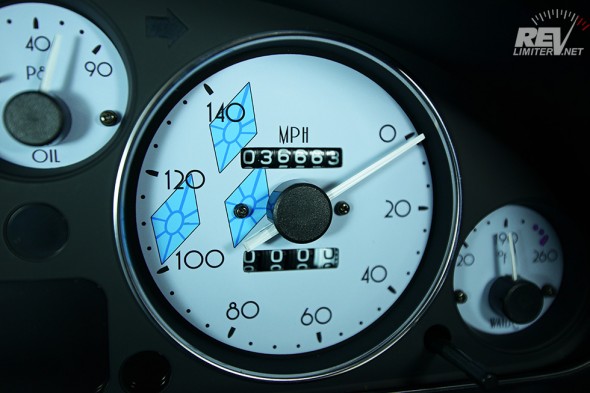 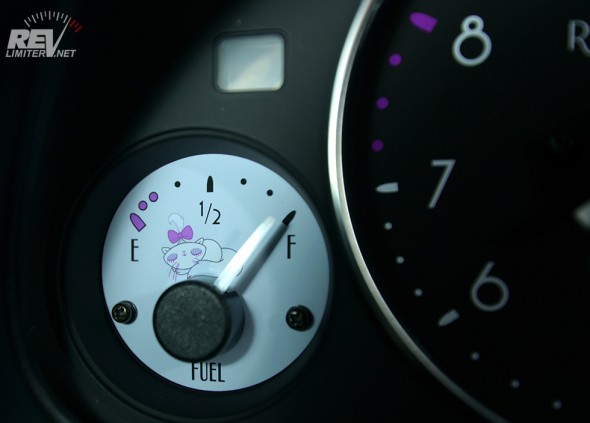 Opalescence having a snooze.

The gauges were to be rather… how shall we say… subdued. Refined. Minimal. Less is more. Nothing insane like the DOGE gauges. Just something classy, with a small pic of Rarity on the tach.

So I went to work. The scale from the EB gauges seemed to be just the thing. Then I matched a classy font. Four gauges got off-white faces to match Rarity’s coat, with the tach remaining black. Purple redlines were used throughout. The last touch was Rarity’s cat Opal on the fuel gauge. 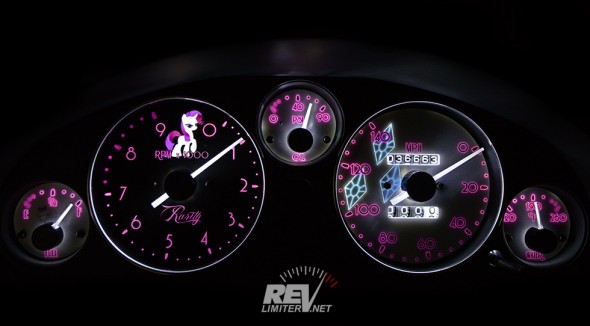 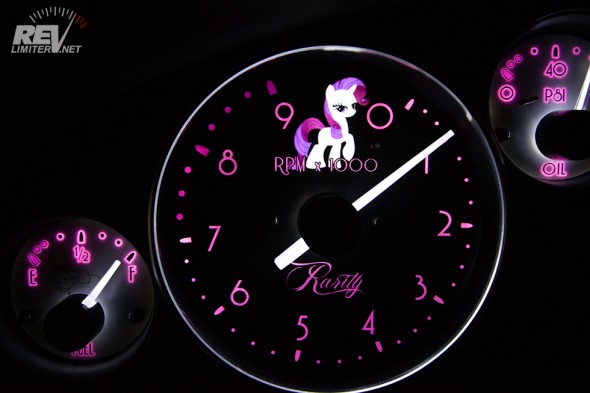 Lighting in Rarity’s shade of purple.

Lighting was to be purple in as close a shade to Rarity’s mane as possible. I added the diamond cutie mark to the tach and was asked to have it light up outlined like the original MLP gauges. Other than that, they’re pretty simple. Ghosted purple lighting everywhere. 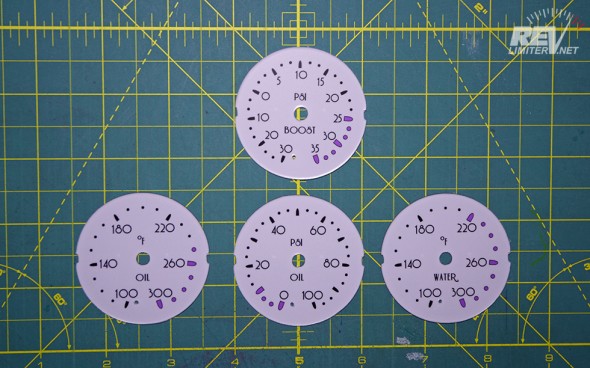 And a set of faces for AEM analog gauges.

Two support pieces – an HVAC with the same style as the gauges and a set of faces for AEM’s analog gauges. The AEM gauges are pretty small, so there’s no MLP insanity over there. No cutie marks or anything. Just matching fonts and the same purple lighting.

The HVAC is pretty simple. It has the text from the GT40 HVAC and a very minimal design elsewhere. Simple dots as indicators. Classy? I hope so. 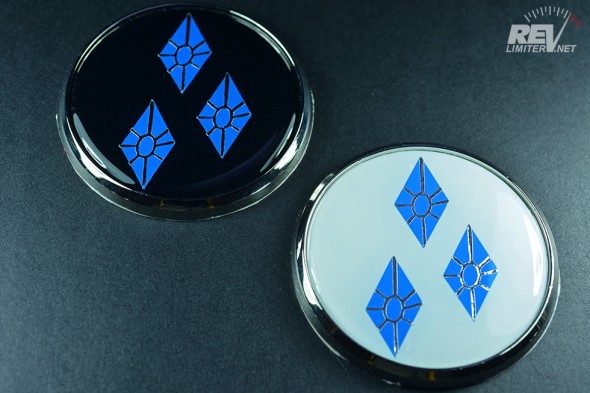 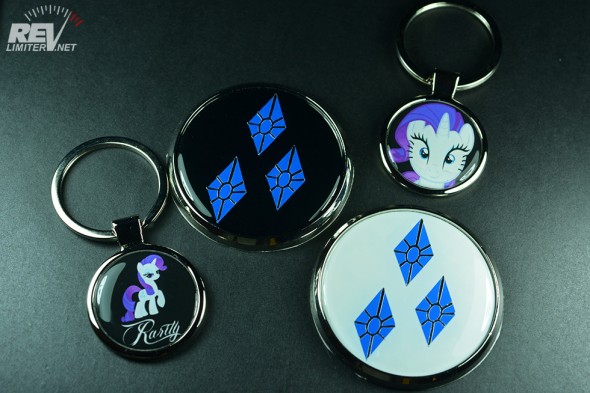 Such Rarity. Many pony. Wow.

The nose badge was not easy. I tried to use the same Rarity signature as the tach shows, but it just wouldn’t cut at all. Some shapes just can’t be done in tiny vinyl, and that was one. But the set that we ended up with is pretty sweet. Cutie marks with a black or white background. I sent both to the customer so that he could choose which to use himself.

A pair of keychains rounded out the order.

4 Responses to “The Full Pony”