My Little Miata: Gauges Are Magic 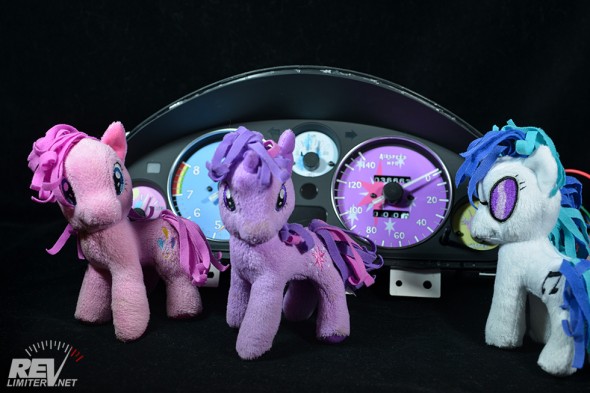 There’s exactly two cartoons I watch over and over on Netflix – Transformers (Beast Wars) and My Little Pony: Friendship is Magic. I know folks will judge after reading that, but I love both shows. Perhaps you remember my TF-based gauge design? Well, I just finished doing a set of MLP-centric gauges.

IT WAS SO AWESOME! 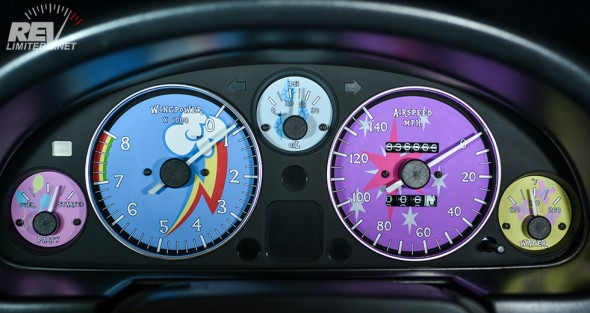 A customer contacted me asking for some My Little Pony gauges. He also liked the rotation of the Prototipo design. Everything else was pretty open ended. My brain immediately locked on the idea of putting the cutie marks (the little tattoo’s on each character’s back flank) on the gauge background. It worked well on the Transformer gauges, so it seemed logical for the MLP gauges.

The MLP fandom is awesome. Artwork exists for just about anything you can imagine. Cutie marks for the main characters? How many different file formats would you like? Exact color codes for every aspect of anything ever in the show? Yup, those are plentiful too. The fans really made this custom gauge design come together quick. 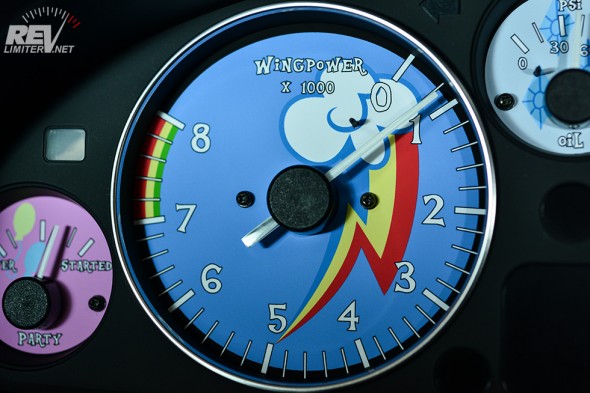 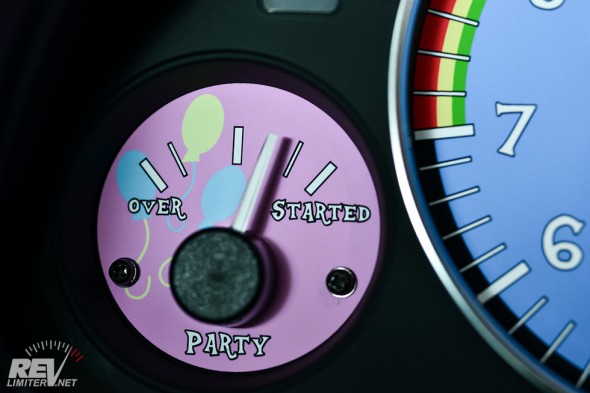 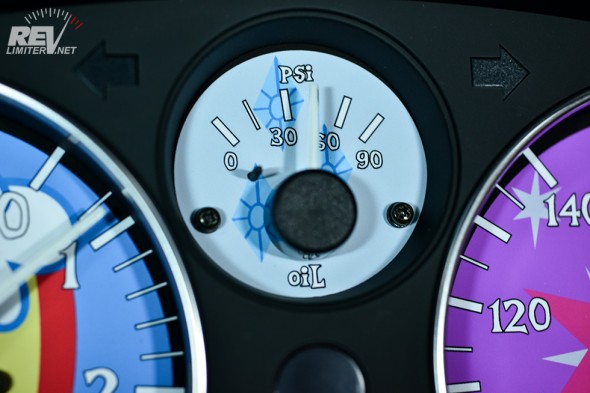 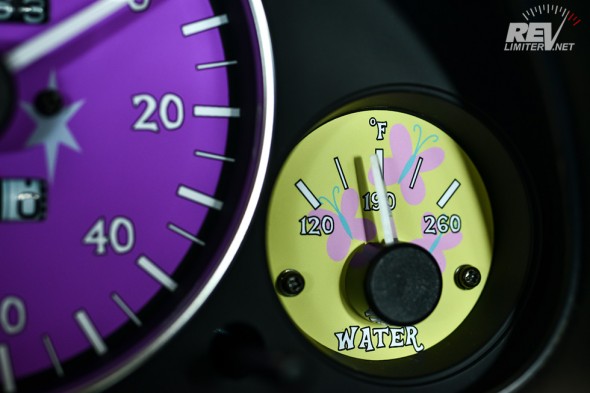 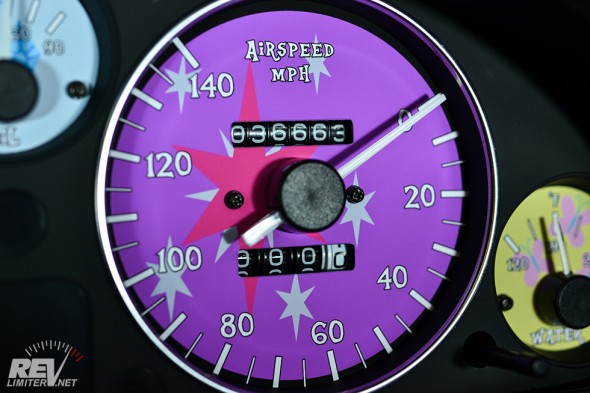 Yeah. Wingpower and Airspeed. And a PARTY GAUGE. I think every car needs a party gauge. Those poor cars that have never experienced a PARTY GAUGE are missing out on something. Poor Sharka has been whining and begging ever since I finished this MLP set.

I could go on. I could explain the episode where the ponies needed to seed the clouds using a tornado which inspired the wingpower gauge… but I won’t. I’ll just post a few more pix. 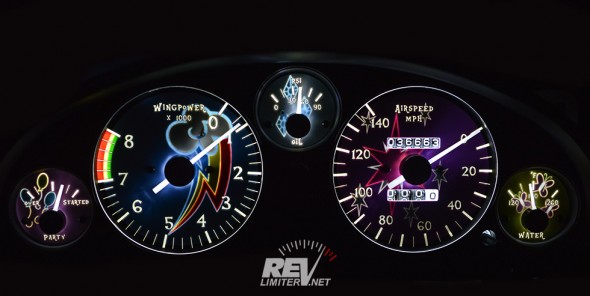 Letting the cutie marks shine at night would have been overpowering. The numbers wouldn’t really be visible at night. And blanking out the cutie marks would be… boring. A party gauge with no balloons? BAH. So I had the idea of doing outlines.

It was tricky, but so worth the effort. The gauges just rock at night. One might even use the Magic word. 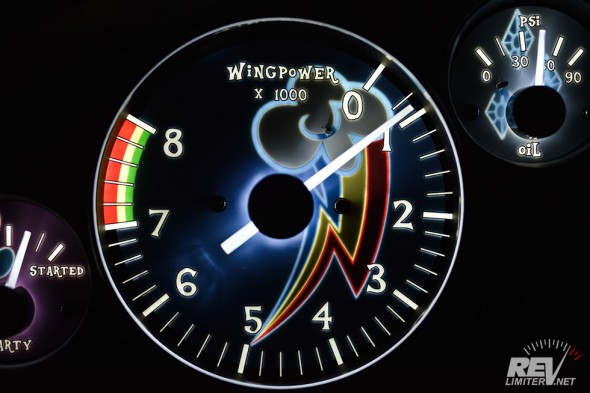 The rainbow redline is at least 20% cooler. 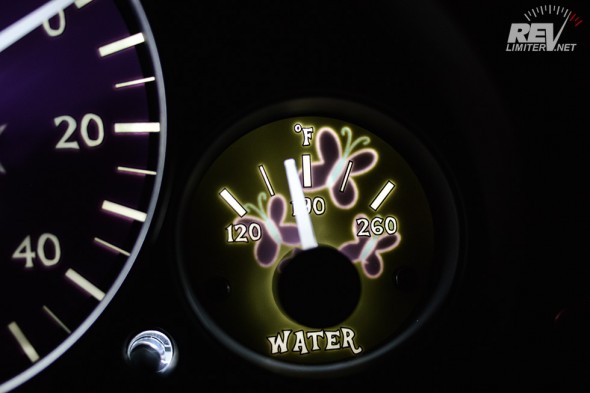 Yeah. I’m pretty proud. Sorry for gushing about my own work.

There was one other part of the order – a custom nose badge. 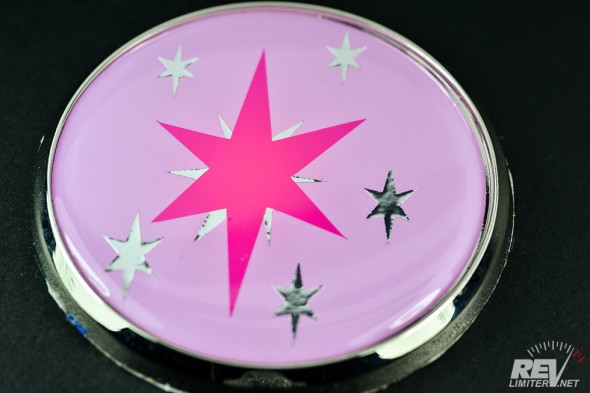 Twilight’s cutie mark. Just the thing for the nose. And it turned out SO good.

Thank you for the order Zachary!!! I hope these gauges bring many smiles to your Roadster life. *Brohoof*

33 Responses to “My Little Miata: Gauges Are Magic”