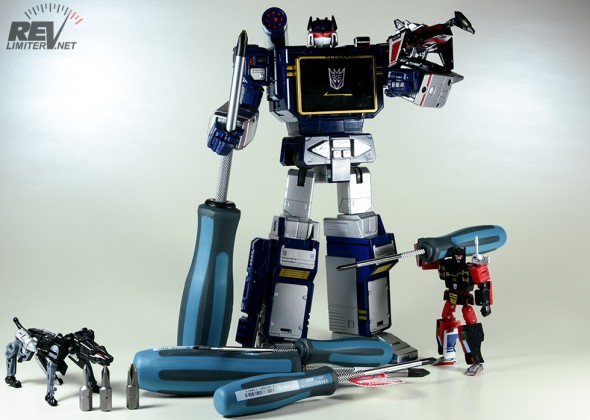 Ready to drive some screws.

Not long ago, I ran across a post on the miatanet forum that mentioned JIS screwdrivers. Being a tool geek, I was immediately interested. Also, I’d never heard of such a thing. JIS? Japanese? Screwdriver?!

A quick google got me this fine article. I read more about screws in that half hour than I had in my life. I seriously had no idea there were so many types of very very similar fastener heads. 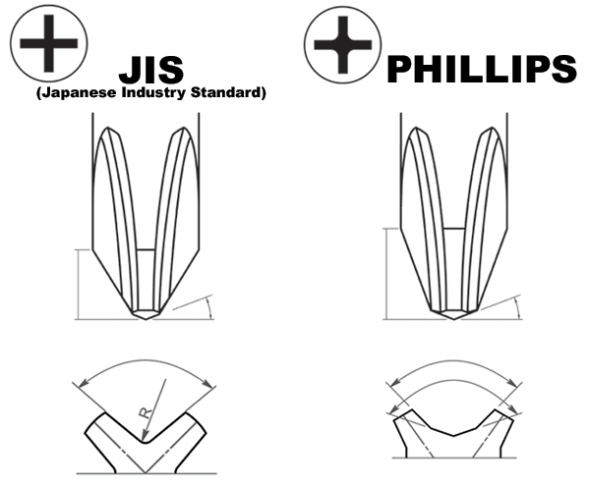 Here’s the cliff notes: JIS is very similar to Phillips. Some folks call it a “Japanese Phillips” (which is wrong and I should think up a better title for this post) due to the similarities. It basically comes down to how each driver acts when too much force is applied. The Phillips is designed to cam out, but the JIS is designed to keep applying force and keep hold of the screw head. There are other differences, but that is the one that really matters.

A bit of googling also reveals that you can just flatten the tip of a standard Phillips to “turn it into” a JIS. However, it still won’t be quite perfect. 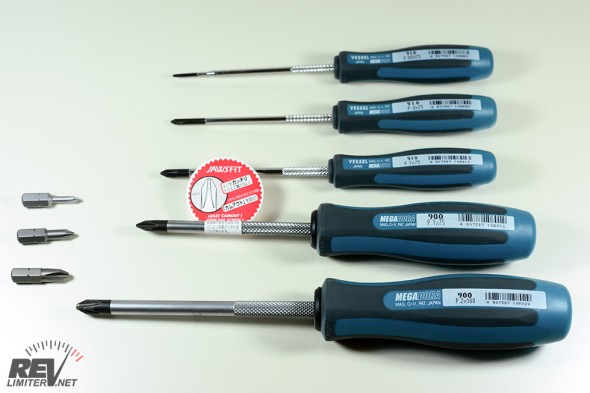 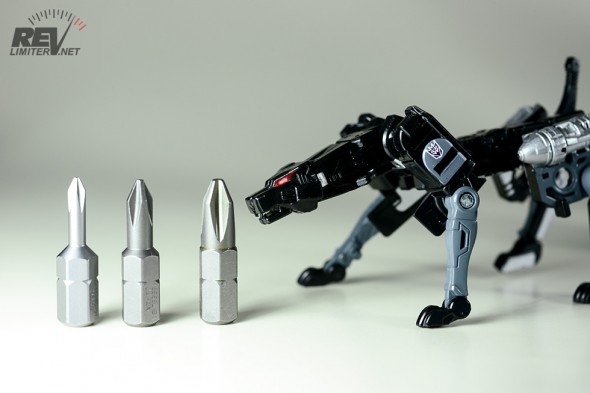 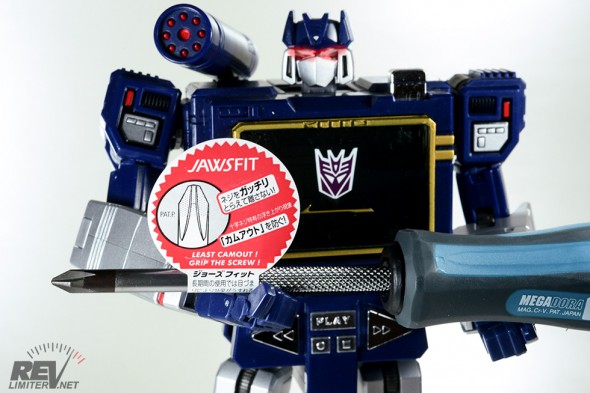 Anyways, back to my little narrative. I read about JIS screwdrivers and immediately scoured the net to find some. These were the result – this fine set of Megadora screwdrivers from Vessel and a matching set of bits. Vessel is the oldest screwdriver company in Japan, according to the intartoobz, and apparently came up with the JIS standard many years ago. How could I not get a set of their metal goods?

I also bought a set of Hozan JIS drivers on amazon. They’re missing from this post due to how poor they look compared to the Vessels. They feel much like the $2 pack you can get at Harbor Freight while the Vessel feels like the finest screwdriver IN THE WORLD. /Clarkson 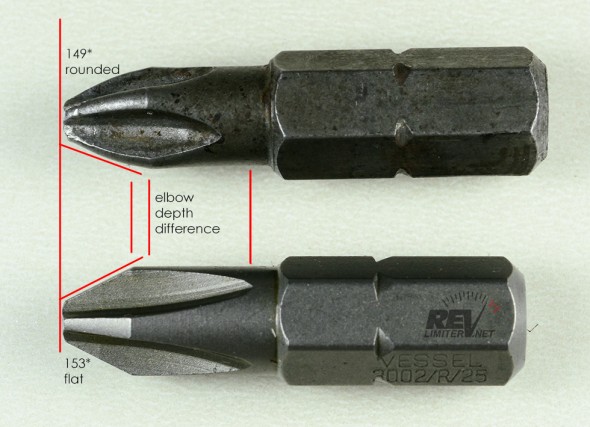 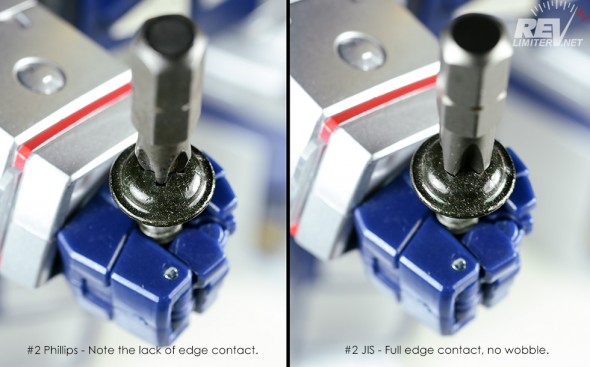 Spolier: the JIS is so worth it.

I wanted to actually inspect and measure for myself. I’d seen pix online of the various differences. Lots of graphics exist. But I wanted to SEE for myself and test the drivers. Find out what it was like to not have a screwdriver totally suck to use on Miata screws.

And, well, I was not at all disappointed. Not at all.

The JIS grip the screw rather than just sitting inside. Having a driver actually FIT a screw… it’s a pretty impressive thing. I never realized how poorly a Phillips actually fit until having a JIS in my hand. 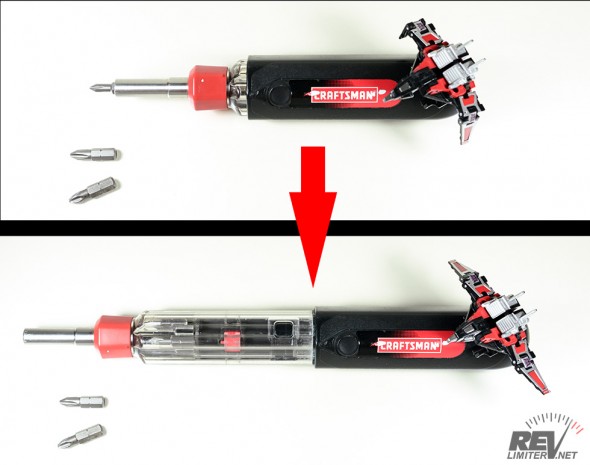 As for the screwdriver bits… well, this is why. I have this funky Craftsman driver which just happens to be my very favorite screwdriver. I call it my “sonic screwdriver.” I’m a bit of a nerd.

You pull the body down and the bit actually travels down the shaft to fit inside one of the recesses in the body. To select another bit, you just turn the body. The bit by the red tab will be selected and pop out of the shaft when you push the body back up.

And now my sonic screwdriver has a set of JIS bits inside. YAY!

Yeah, they’re for sale too. 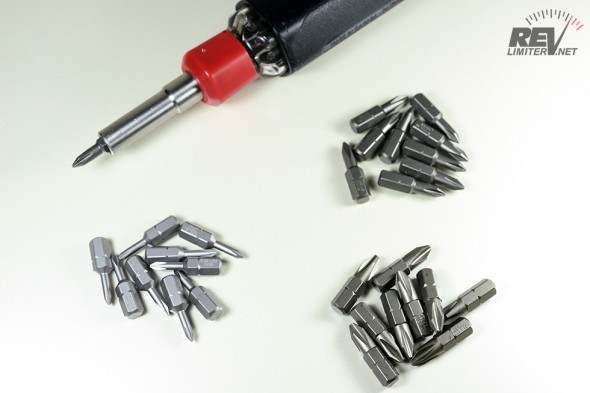 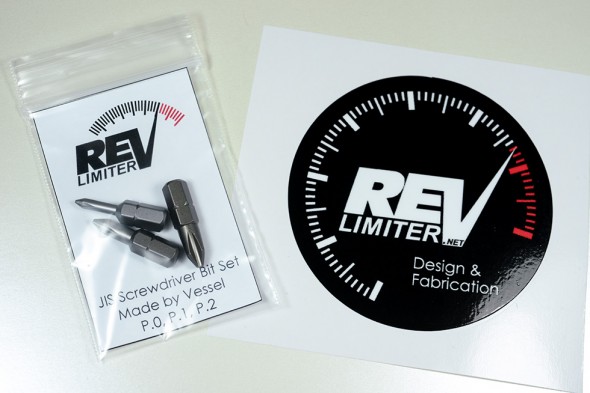 I bought a small batch of the JIS bits with the idea of doing a small group buy. If they sell well, I’ll consider making them a regular item in my store. And if there’s a LOT of demand, I might try to become a Vessel dealer. We’ll see what happens.

Want a set? They’re in the store right now. This link might disappear in a few weeks.

Now to go work on Sharka. With the RIGHT screwdrivers! 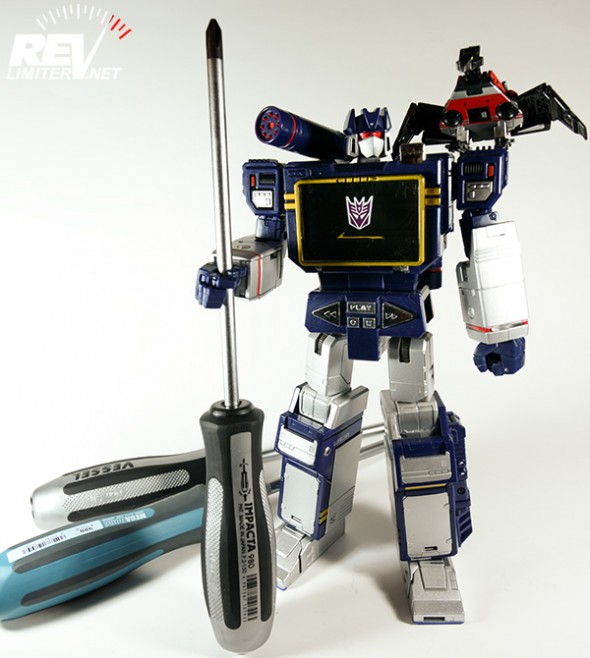 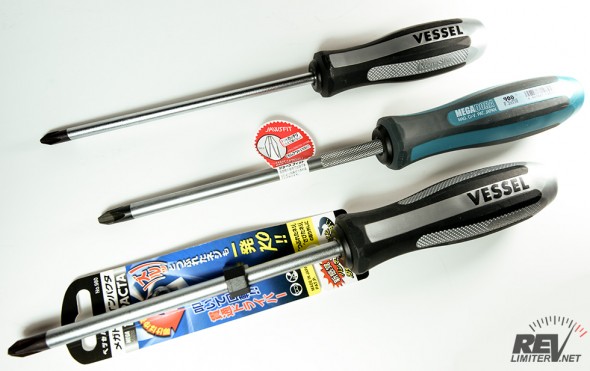 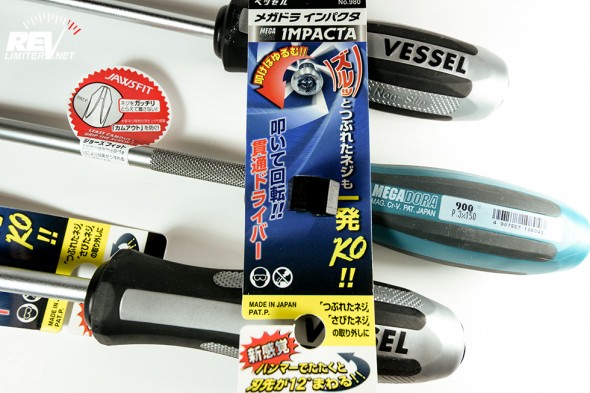 The P.3 showed up with two buddies – an Impacta in both P.2 and P.3. The Impacta line is pretty much the same as the Megadora. They both have the great rubber/plastic handles and same awesome tips that grab the screw. But the Impacta has a trick up its sleeve. Or rather, up its handle.

The name kinda gives it away. 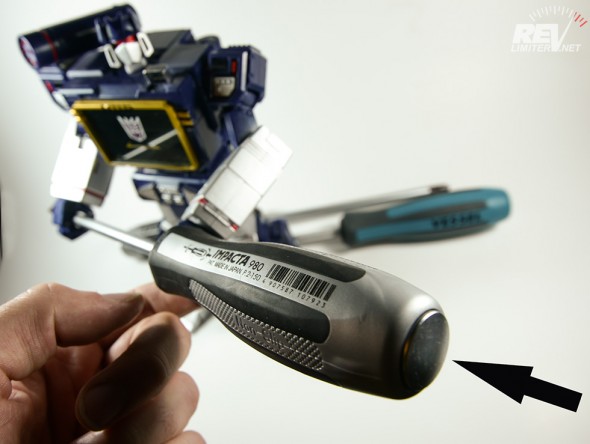 You apply the Impacta to a stuck screw, and then you hit it with a big hammer. The driver takes that force and transforms it into a 12 degree rotation for every hammer hit. It’s an impact socket for a screw.

I admit, I’ve not yet had a stuck screw to try it on. I should have visited a junkyard to try it. But, it’s a great driver for regular duty. Every bit as nice to use as the Megadora. And yes, you can use it as a regular screwdriver. It takes quite a bit of force to make it ratchet.

Hi. My name is Adam and I’m a Vessel screwdriver junkie. 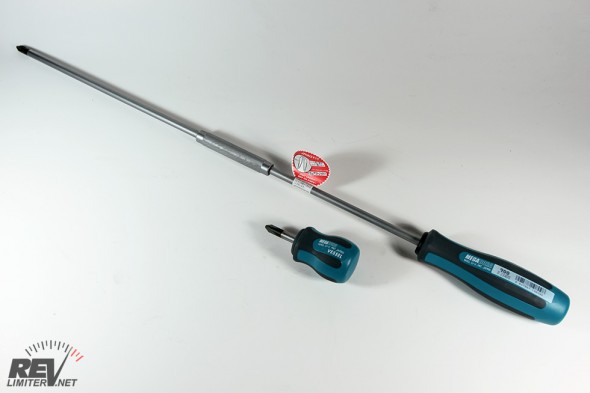 I received another shipment of drivers, so I got a couple more for myself. I couldn’t resist. I’m addicted. I’m a junkie. 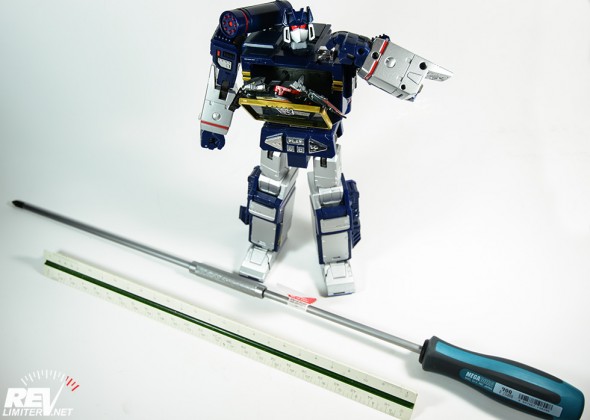 The big one is a 400mm P.2. Four Hundred is a lot of millimeters. The little joint in the middle is not actually a joint, but a pivot. It lets you hold the driver securely in one hand and zip a screw on or off with the other. So cool.

It doesn’t even fit in my screwdriver drawer. I have to keep it with my torque wrenches. I NEED A BIGGER TOOL CHEST NOW! Muahahhaha! 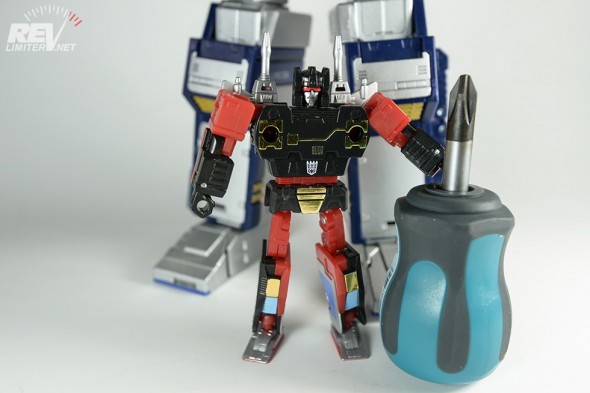 Don’t call Rumble “stubby” no matter what you do.

The other is a stubby 25mm. I don’t often use stubbys, but when I do, they’re Vessel Megadora.

Will more come with the next shipment? Who can say. But the smart money is a bet on YES.