Bucky gets a new nose badge 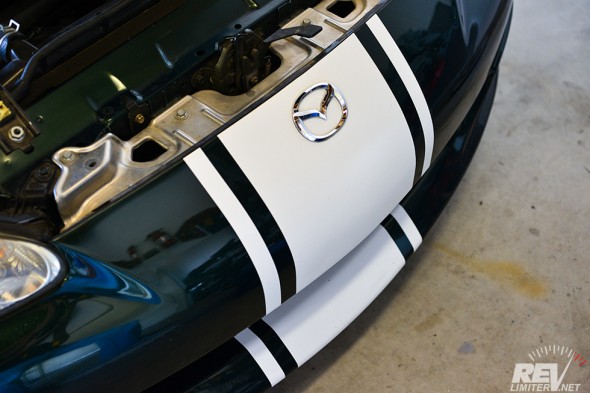 Old badge about to go bye-bye.

I’ve never really liked the NB2 nose badge. It always seemed, well… huge. Large. Overly big. Not at all small. Know what I’m saying? The NB1 nose badge was similar sized to the NA and seemed proportional to the car. Then they Super Sized.

The badge comes from the factory with helpful posts to hold it on, so there’s four holes in the nose. Those four holes are what kept the badge on Bucky for the last 13 years. I just didn’t want to fill them, I guess.

It was time to fix things. 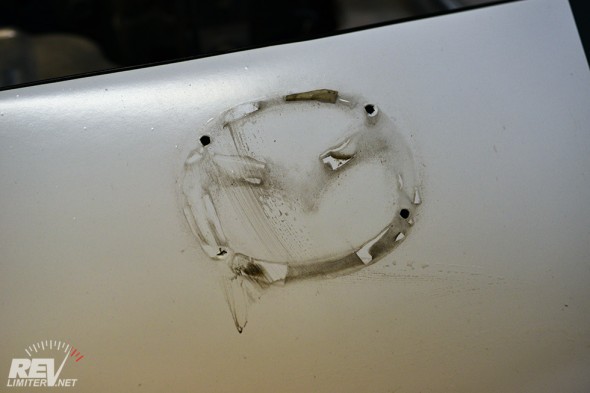 Have I mentioned my distaste for badges with open areas? They make detailing so difficult. You can never really get them completely clean. Well… I can’t. There are folks who do that professionally that can clean anything.

Bucky’s was held on with 3M tape only. Since I put on the stripes so many years ago, I broke off the posts on the first removal and just used tape. 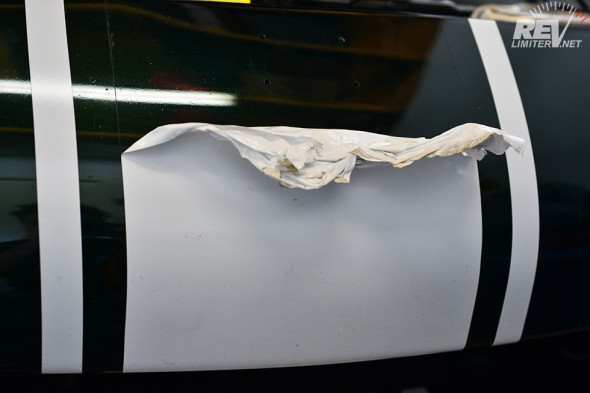 Peeling off the vinyl.

Removing vinyl has to be one of life’s great joys. Just slowly peeeeeeeling. Like a coke bottle label on a huge scale.

Or maybe I have severe mental issues. 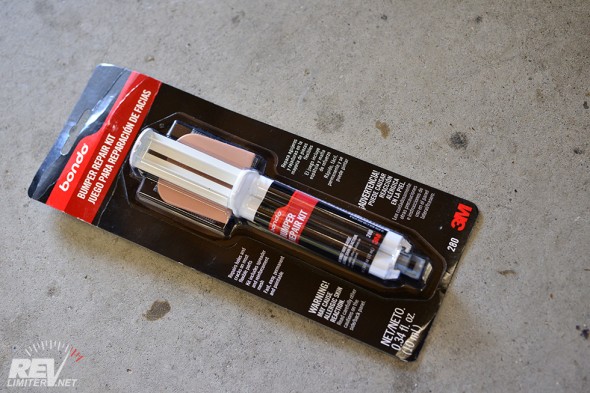 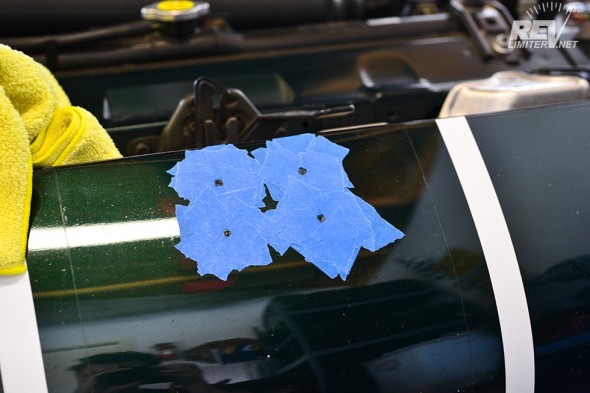 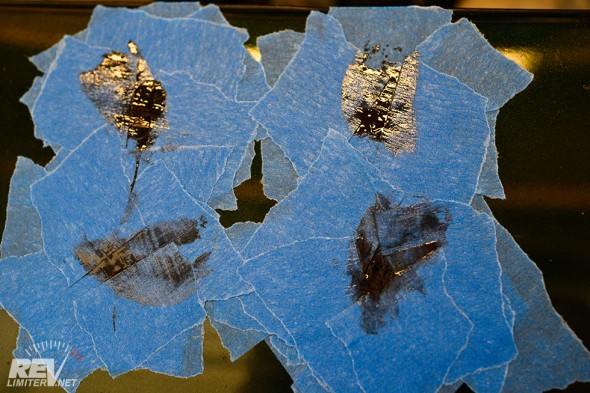 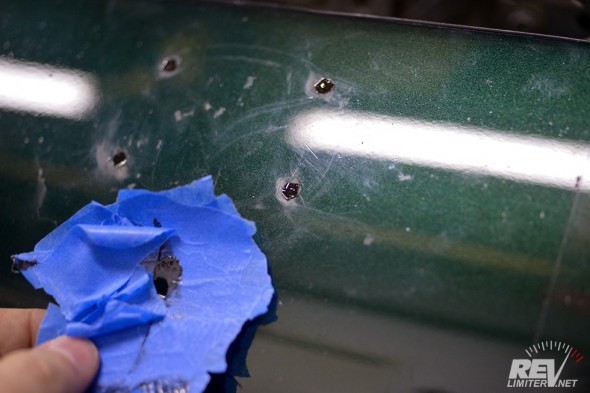 That’s all there is to it. Fill the holes with the goo, then flatten it to around bumper level and let it cure. It cures in about 15 minutes, so there’s not much wait time.

I actually put a tiny bit of goo in the holes before photo one and let it set up. Just to give a base for the stuff to sit on. You’re supposed to put metal mesh on the back side of the bumper, but that’s really hard with the NB nose design. A little bit of hardened epoxy worked well. 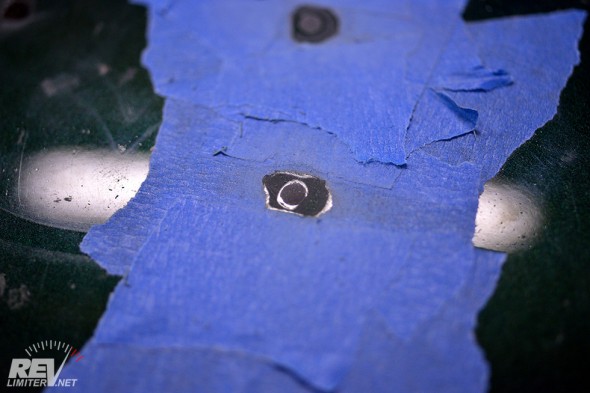 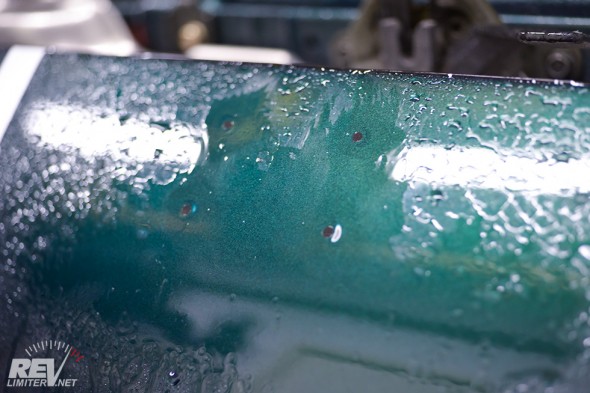 I re-applied the painter’s tape after removing it above. I didn’t want to sand off too much of the nose paint, even though it would be covered by vinyl immediately. Two layers was all I applied.

Sanding really is 90% of the job. No matter if you’re just putting vinyl or if you’re re-painting the nose, you want a flat surface. And that’s what I ended up with. 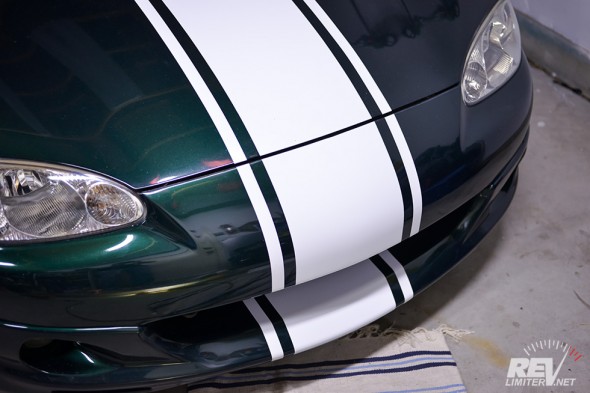 Both center sections got refreshed. The nose scrapes randomly while driving, even at Bucky’s not-low ride height. It was nice to give both areas a new piece of vinyl.

Applying vinyl to the nose is NOT one of life’s great pleasures, but it’s not too bad either. Just slow and steady with the heat gun while smoothing out wrinkles. It took me maybe a half hour to do both small pieces of vinyl.

And now, the unveil! 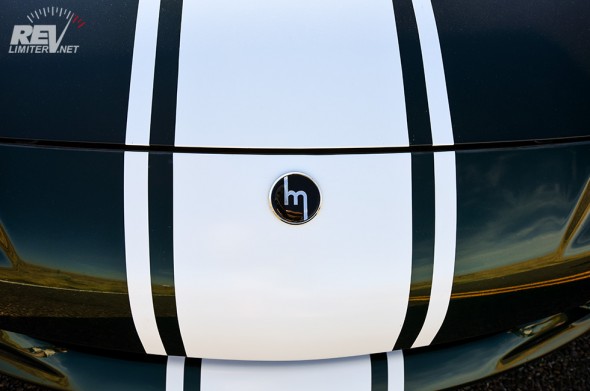 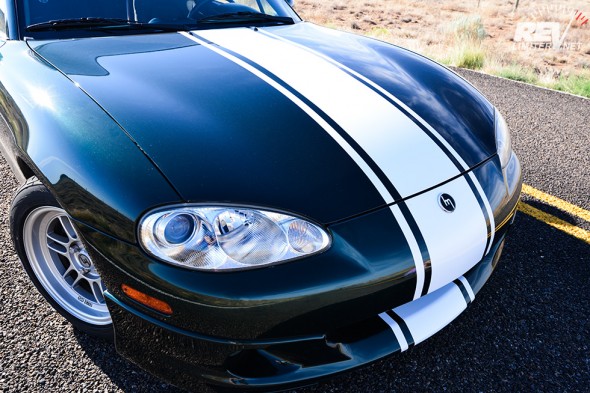 Bucky’s badges all match now. I have the Prototipo1 badge on the nose and three 50mm Prototipo2s elsewhere. Is it a lot of badges? Maybe. But I’m pretty happy with my rolling Circle-M.

Mostly, I’m just pleased to not have that huge Winged-M on the front anymore. It feels “right” with the 58mm badge.

What do you think? Worth the effort to fill the holes?

5 Responses to “Bucky gets a new nose badge”