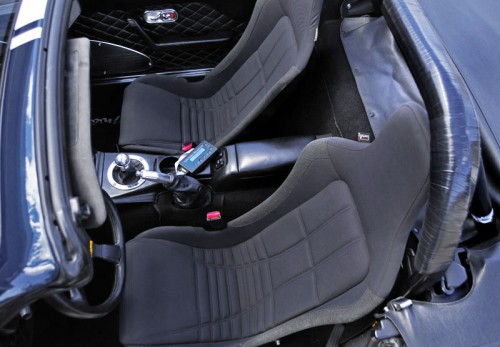 But I was totally wrong. Nick is just another Miata enthusiast like myself with some spare time wanting to help out the Roadster community. The bracket design he came up with is quite different from mine anyway. He just wanted to get my blessing on a design that was similar to mine in a few spots.

So we talked off and on over email for a couple weeks. I probably contributed a good 1% to his final design – not very much. But Nick kept emailing me updates. And he now has a garage full of tools and the ability to punch out another Elise seat bracket kit once in a while. 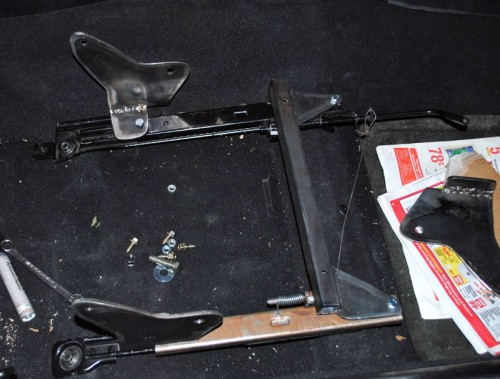 This design bolts onto the stock Miata sliders. Mine requires welding. My brackets actually put the seat bottom in direct contact with the rails. I think the Chance91 brackets put the thickness of the seat mount metal between the rails and the seat, so it’s not quite as low as mine. Still, we’re talking about 1/8 of an inch difference. 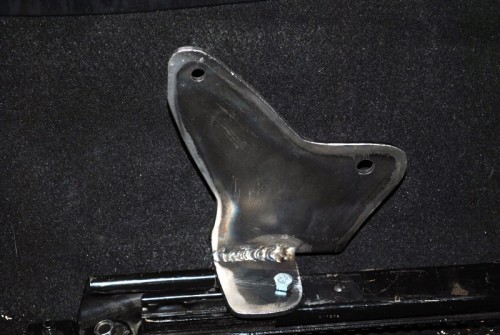 Look at all that hand work. Photo by Nick. 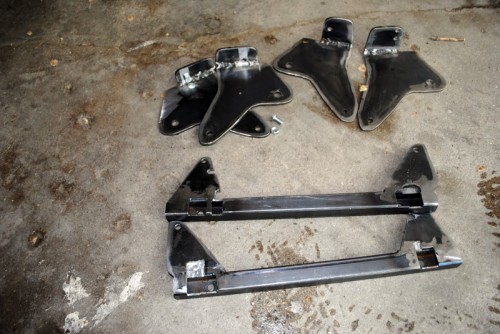 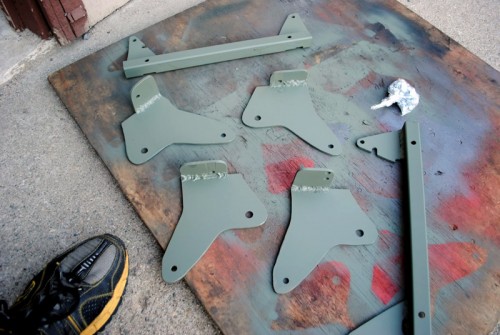 Primed to protect against rust - photo by Nick.

As someone who does a fair bit of DIY stuff, I’m very impressed by these bracket photos. Attention to every curve. Every inch. And what’s more? Nick has decided to publish his design to my blog! 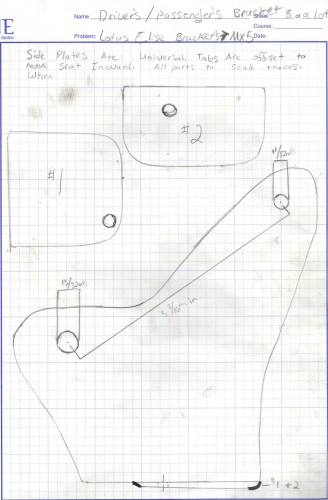 As with mine, it is for enthusiast use only. A direct quote from Nick: “Just make sure people know I will castrate them and hang their balls under my rear bumper if they try to make a dozen of them. 1 per intrepid fool who wants to DIY.”

The bracket scan should print correctly. The blue square is 7″ across. The 5.43″ dimension on the bracket should measure correctly. Grab the full size here. Do not attempt to print the smaller scan posted above.

If you want a set of seat brackets of your own, hit Nick’s thread on the Mazda-speed forum. You will have to register to post. You can also send him a private message via his profile.

Thanks for allowing revlimiter.net to host this bracket scan, Nick! I wish you lots of success and many happy customers.