(added for future visitors. DAMN I wish I could have seen these other posts when I originally made this one!)

I’ve been in the market for a new set of seats for something like three years. I’ve gone back and forth between something by Momo to some stock seats with new leather covers to NB seats and back again. Then, last year, Lotus Elise seats became all the rage on ClubRoadster. They’re light, they sit you low, they have great headrest support, and they’re amazingly inexpensive for a pair. It seems that Lotus guys often get rid of them immediately in order to run real racing seats. See, Elise seats don’t have holes for racing harnesses, so… there ya go. A source of cheap-ish seats.

Besides the lightness and cheapness, there’s one other cool thing about these seats: Probax technology. And my seats have it. They are incredibly comfortable. I can’t even tell you.

Enough chatter. Mine came in the mail this past Monday. Thanks Alan!

I don’t have a light box big enough for a pair of seats, so you get crappy living room pix. 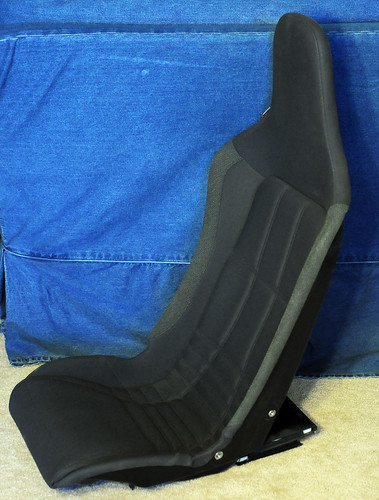 The black things are books holding it up. The seats don’t like to stand by themselves. 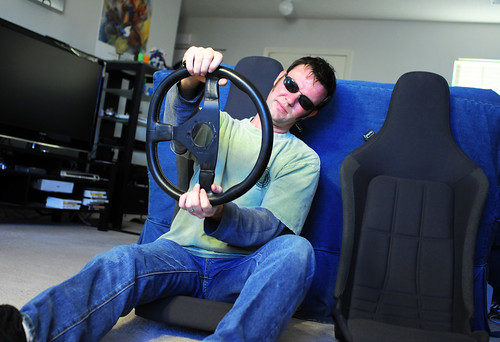 Yes, I made vroom-vroom noises. =)

Now to make some brackets and get them installed!