Say No to Exhaust Fumes

I’ve been having a problem with Sharka for a while. When I cruise around with the windows about half open between about 40 and 60 mph, a lot of exhaust smell gets into the cabin. It wasn’t great. With the windows down or up there was no problem. But cracked to half way? Ugh. Bad smells.

No good when you wanna cruise mountain roads with your little girl.

And to spoil it… 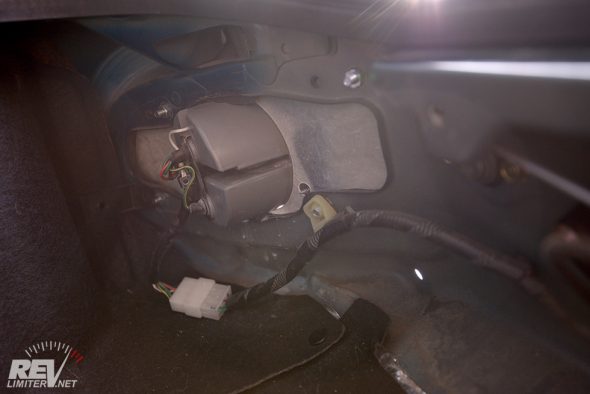 Sharka’s awesome tail lights were the problem. Or at least I thought they were. Internet research unveiled that leaks around lights or in the trunk could cause this problem. 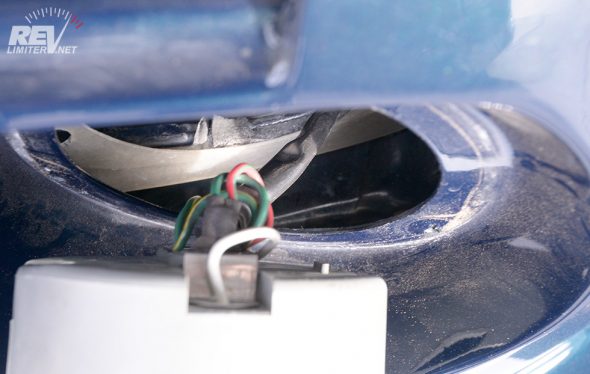 Lots of open space between the bodywork and lights.

A quick inspection revealed a ton of openings in the trunk. There were gaps around both tail lights, some small holes behind the fabric on the back wall, and a few others.

But the tail lights were the worst offenders. Lots of empty space.

Of course, I wanted to verify this. 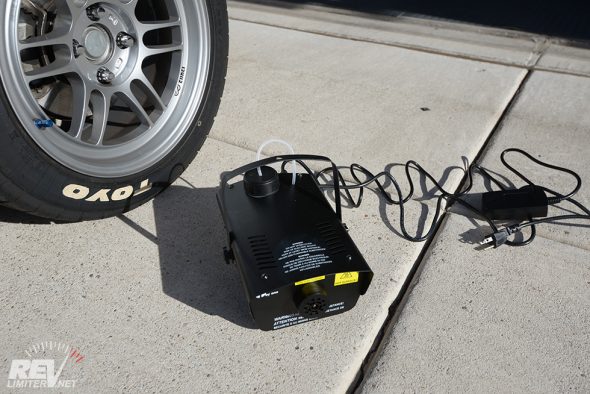 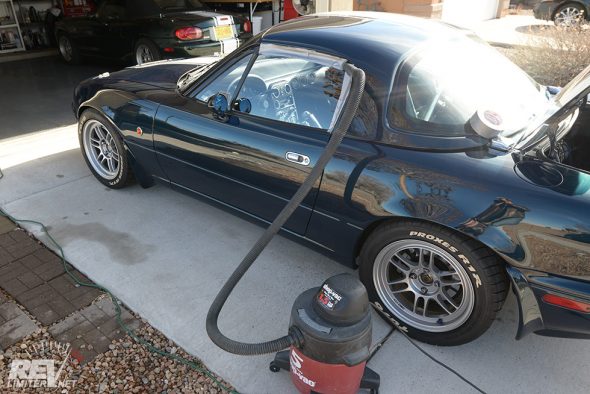 What better way to verify induction from the trunk to the interior than with an overly elaborate rig? I mean, exhaust could have been coming in somewhere else, right? From the engine bay or transmission tunnel.

And I got a smoke machine! I’m sure that’ll be fun for toy photos and other things. 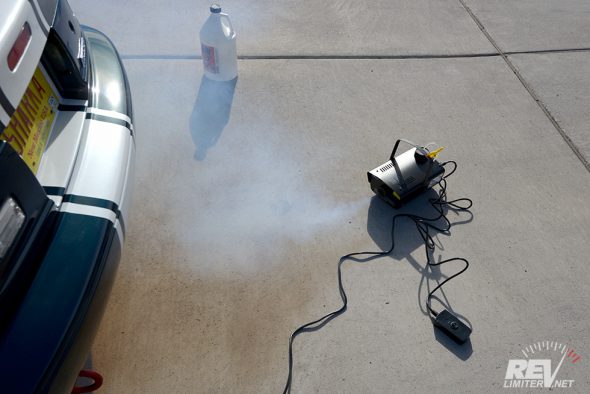 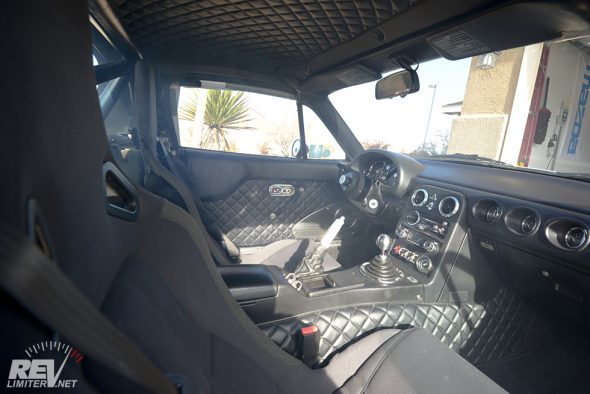 It’s hard to see in the photo, but there was quite a lot of smoke in the interior. It was indeed coming in from the trunk.

Having the machine on the ground didn’t really work. I got much better smoke induction by hand holding the machine and spraying smoke around the tail lights. The interior got filled quickly doing that.

I also smoked under the car and in the engine bay. No smoke induction. Yay! 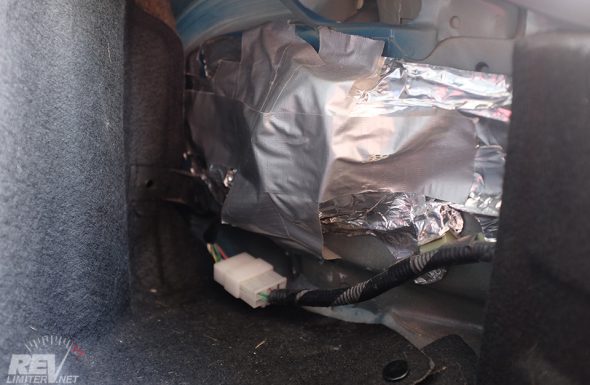 Tape. That’s what I did. It’s pretty ghetto, but it’s in an area that’s nearly impossible to see. And it solved the problem…

… for months. Yes, I did this all back in January. I just never blogged about it. It was a ghetto fix without a snazzy outcome, so I managed to forget about it. But it was nice to be able to cruise without exhaust fumes in the cabin.

Fast forward to a few days ago and a set of these Garage Vary covers appeared on MazdaRoadster.net. 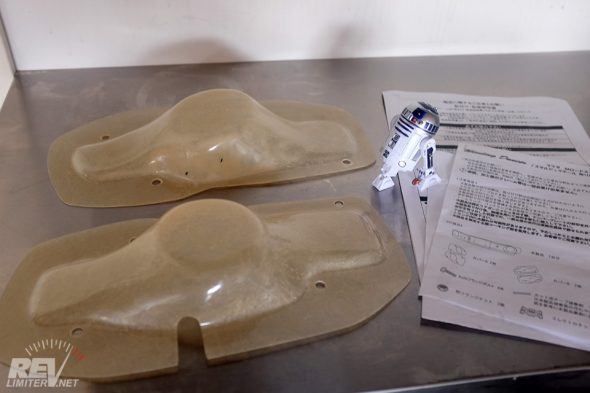 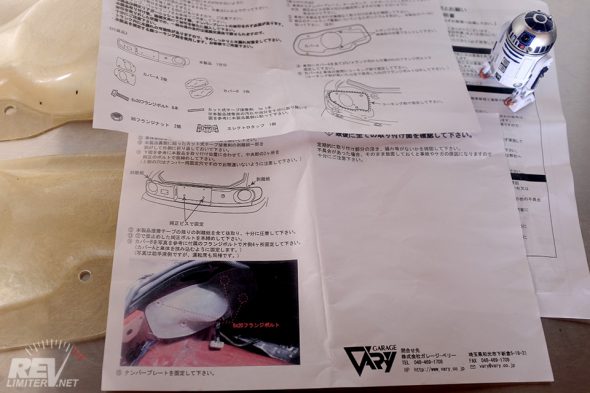 These came with “later” Garage Vary tail light kits. Sharka has an “early” one. I use quotes because they’d been making them for years and years before I purchased. Not sure when the covers appeared, but it was after Sharka got his new ass.

I never thought much of these panels or tried to get them. I thought they were just to finish the look, but now I know a bit more thanks to my smoke machine experiments.

I believe these are meant to seal out exhaust gases. 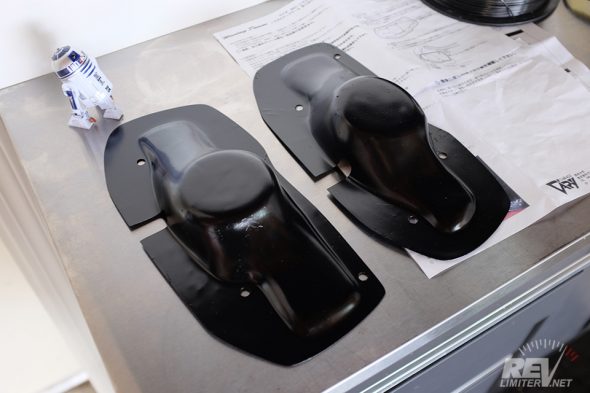 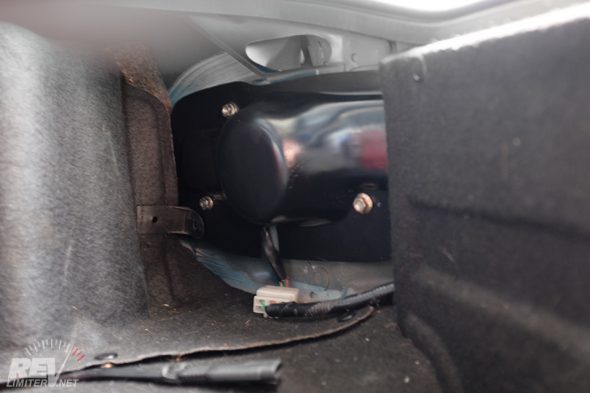 I admit, I removed my duct tape job. But I put a fresh one right back on. I worked slowly and carefully to get a nice seal around the tail lights using as little tape as possible so that the covers would still fit.

And fit they do. They really do finish things off nicely. AND they protect the tape and help seal out fumes from the rear. Win all around!

No more exhaust fumes for us.

8 Responses to “Say No to Exhaust Fumes”