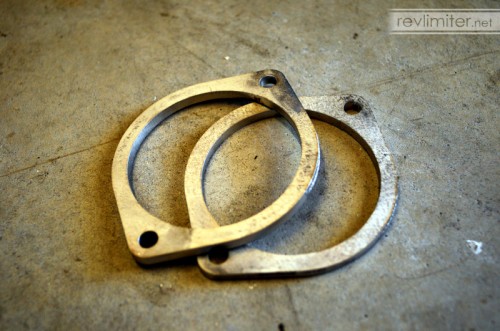 I picked up and installed a pair of these FM shock spacers a while ago. Didn’t get around to posting about it till a couple of months later. Perhaps they’re not as exciting to me as a Japanese tail light panel or new turbo parts. Or maybe I’m sad that I’m admitting defeat and raising Sharka slightly. For whatever the reason, I’ve been putting off this blog post.

This is no fault of the shock spacers themselves. They work GREAT.

The idea behind these little guys is to raise a Miata suspension that’s already at the maximum height. And that’s where I was. With my dp6061 tophats, the maximum ride height I could get in the rear was about 11.5″ hub-center-to-fender-lip. And that’s somewhat low. That’s moderately slammed territory. That’s a lot of scraping when driving around town. And I wanted a small increase in ride height. 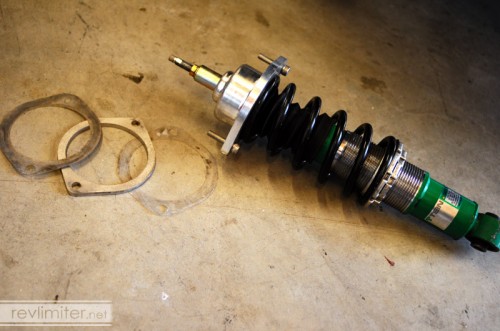 These things came with no instructions. Which… well… who can disagree? These spacers are simple and don’t need them. But I was left wondering exactly where to install the little teflon NVH isolator that comes stock on the car. Does it go between the shock and the spacer or between the body and the spacer (which would be closer to the stock configuration)?

I scratched my head about this quandry and then remembered I had a whole car worth of spare parts. I grabbed two extra teflon thingys from my shelves and called it solved. 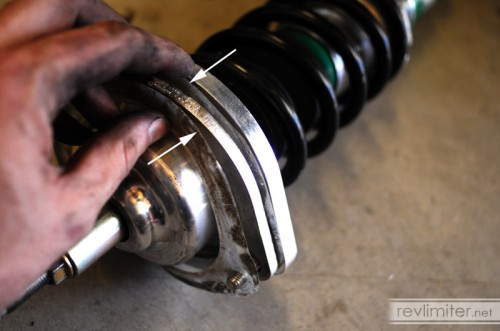 And here’s the spacer mounted on top of the shock. I tried to spread out the teflon sandwich for the camera. (I’m not sure they’re teflon, but that’s what I’ve always called them.) If you only have one of these little isolators per shock, I’d probably stick it between the body and the spacer. 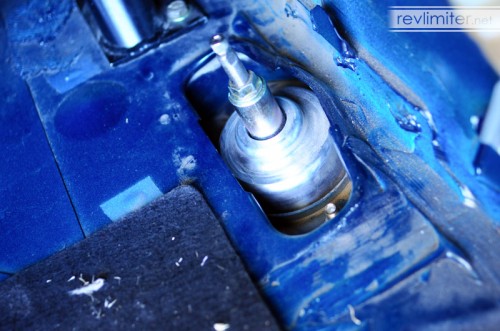 Shock in the trunk with the spacer below.

And that’s it. Not much to it. You pop out the rear shocks, apply the spacers, and then put them back in. It would be even easier if you didn’t have to remove the shocks completely from the body, but I just couldn’t get enough clearance to wedge the spacers in place.

Installation: Very easy. I’m still fuzzy about that little teflon piece, but that’s not much of an issue. A-

Build Quality: They look great to me. Stainless steel, so they shouldn’t rust. And low price! I give them an A.

Style: Raising your suspension is not stylish. And these are something you can never really see installed. I guess perhaps a C? I’d leave this category out, but I always use the same categories for reviews. So… it has to stay.

Usability: They are as usable as any other part of the suspension. They advertise about a half inch lift and that’s exactly what I got. I’m happy. A.

Overall: They did exactly what I wanted. They were inexpensive. They were exactly as advertised. Can’t find a single fault with them. A+ 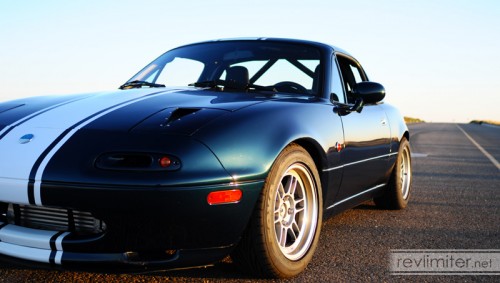 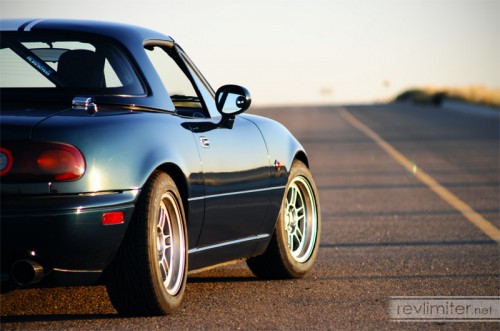 It’s a very minor change. An increase in ride height of .5″ in the front and rear (I can still raise the front higher). But it makes a huge difference in ride quality. And not scraping on most city streets is wonderful. 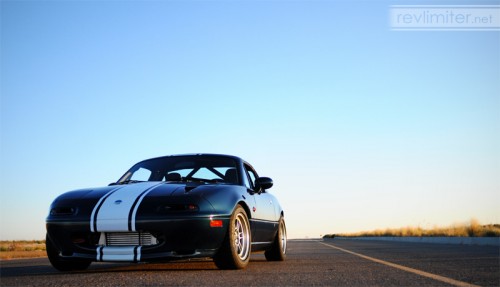