This blog post continues what I started last winter in The Hardtop Security Project part 1.

So, here’s how I’m securing my hardtop with the Beatrush side latches. 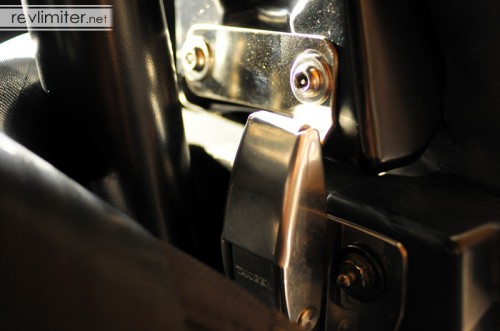 Security bolts to prevent the top striker from being unbolted.

This is a big one if you’ve got these side latches. I’ve seen some solutions that involve a lock going through the latch hole. I use a security bolt through that hole. That still leaves these two little easy-to-remove bolts. If these aren’t replaced with a somewhat-rare fastener, you might as well not bother with a lock. I’m using the same 3-sided button head screws on top that I’m using through the latch holes. 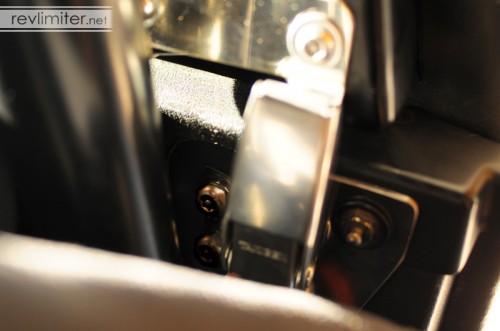 Bottom security bolts - nearly impossible to remove even with the HT out of the car.

Down here, I’ve got some ridiculous bolts. True, pin-in Torx isn’t the most rare bolt, but shove a rollber in front of it and it becomes pretty rare. I had to cut my key in half to allow it to fit in the small space. This is basically not removable without taking the hardtop off first. 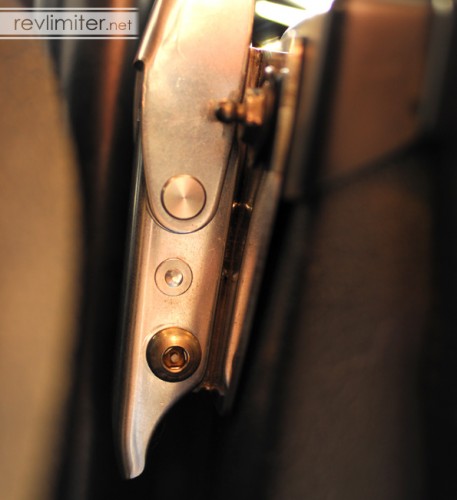 Latch security bolts - the final piece of the puzzle.

And this third bolt pretty much makes the Beatrush latches as secure as possible. A cutting wheel and a lot of free time is the only way to remove my hardtop without the key. I’m pretty happy about that.

HUGE thanks to my buddy Ric in the UK who sent me the two new bolt sizes. In the US, I would be out about $200 and have 192 spare bolts in my garage. In the UK, these are sold in single-serving amounts. Ten quid to a buddy with a UK address and some bolts were on my way!

If you’d like some security bolts of your own, well… you’re on your own. I worked for months to find these bolts and don’t really want to publish the specs of exactly what I have. But I’ll help you out with some measurements!

That is enough info to get your hardtop all safe and secure if you have either Spec bolt-in plates or Beatrush latches. If you have stock side latches, you’re on your own. 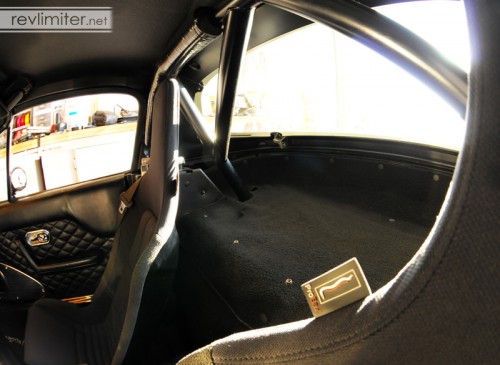 As for me and my hardtop-only experiment, I’m loving life. I’ll keep you updated.

Thanks again for the help with the bolts Ric!