Being 25 years old, rare, and imported, there’s a lot of unknowns about my Cappuccino. Also the fact that I work from home and don’t drive all that much.

Recently, Cap decided he didn’t like starting up all the time. 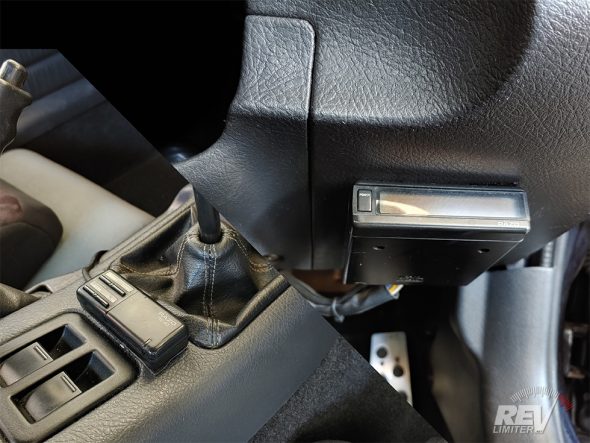 As an upstanding member of the 90s Turbo JDM Society(tm), my Cappuccino came with a turbo timer. It’s a small box that keeps the engine running after you turn the car off in order to prevent a hot turbo from cooking the oil inside. I could program this one for 1, 3, or 5 minutes. Or it can be turned off completely. It also displayed voltage while driving around. Kinda nifty and a neat little period-correct mod.

Notice the use of past tense?

When the weather turned hot and Cap was parked out in it, he didn’t wanna start back up. The symptoms were just NOTHING when I turned the key to “start.” Not a chug or a click or anything. Just nothing. Like something was interrupting the starter circuit.

I tried turning the Turbo Timer off completely… and that seemed to help for a while. Eventually, the no-start problem came back regardless of the timer being on or off. Action was needed. 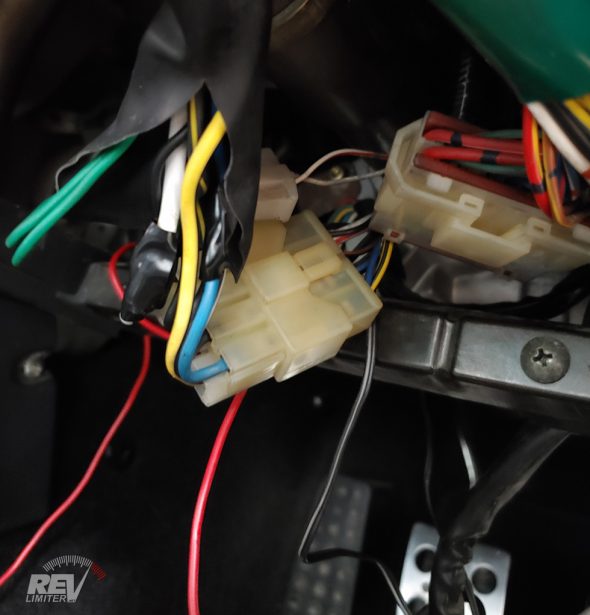 Nest of wires under the dash.

Before I tried to source a new starter or starter relay from Japan, it seemed like the lowest hanging fruit to pick was removing the vintage turbo timer. So off came the panel under the steering wheel. And then the center console. And then the area around the radio. And the passenger seat.

Like the toll reader, GPS antenna, and other mods from the previous owner, there was miles worth of wiring carefully coiled up under the dash panels. MILES. 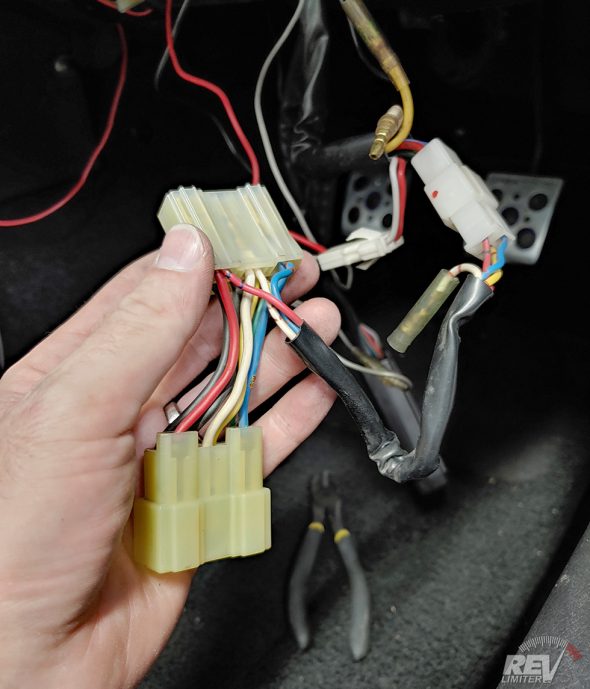 I was very fortunate with this turbo timer. It used a factory conversion harness to plug itself in and intercept the starter circuit. No splicing or anything was involved. I just had to figure out what wires ran to it and uncoil them from the factory wiring.

Wires for the turbo timer went to the starter relay itself (shown above), the small remote control mounted by the shifter, the hand brake, and under the hood. 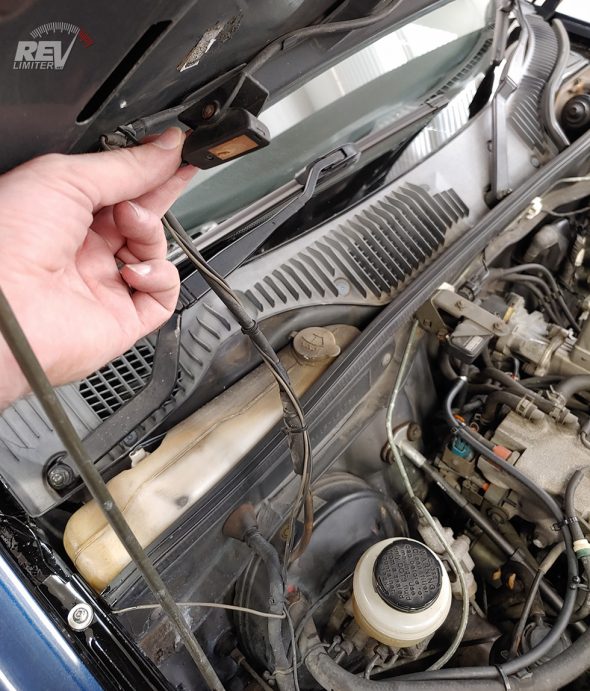 Some sort of tilt sensor?

This was the underhood item. I’m not sure what it is but am guessing a tilt sensor to prevent the car from starting if the hood is opened. Except… I started Cap with the hood opened many times while that turbo timer was plugged in. No idea what this could be.

Anyways, it came out. 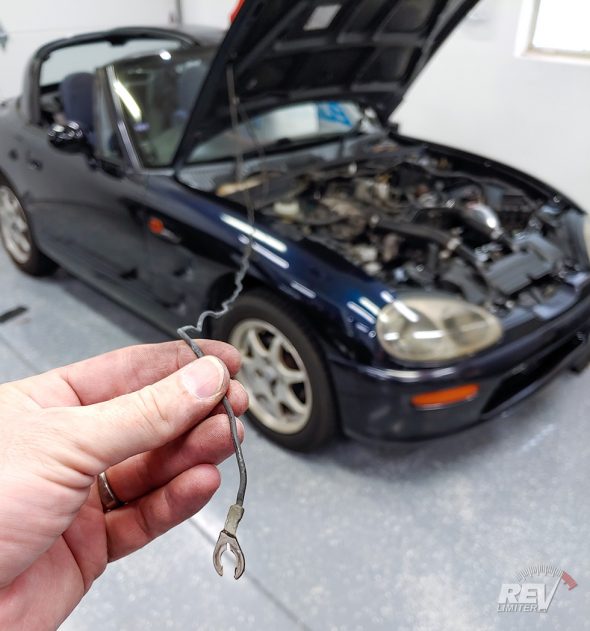 This was a ground wire for that little under hood sensor. It grounded about 12″ away from the sensor and had roughly 8 feet of wire carefully coiled up. 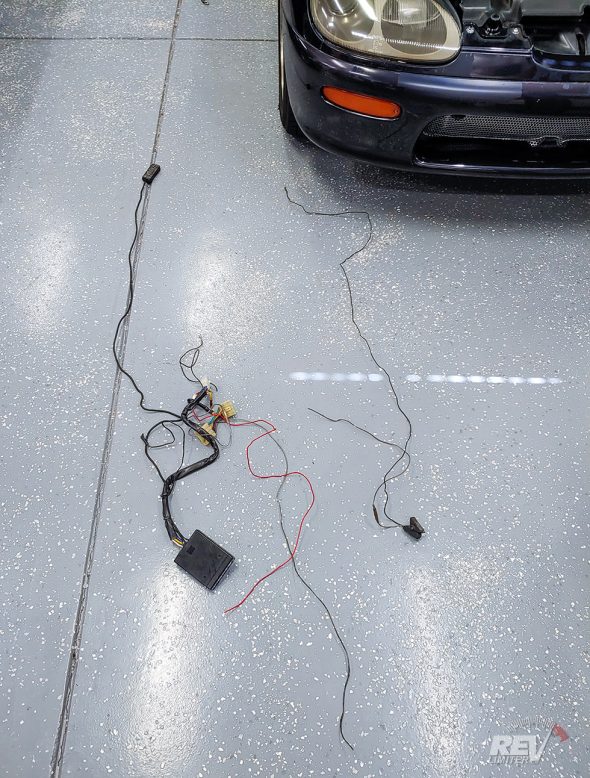 Turbo timer removed! It was a surprisingly complex project. I rather thought it would be a simple unplugging, but I had to remove way more interior parts than expected.

And after removing the timer, Cap roared to life with authority. He started without a hint of hesitation, on the second chug of the starter motor.

Every start thereafter has been the same – a rurr-rurr and then the engine fires. I did this mod back in July. I just had the spare time to write about it now… in October. But at least my Cappuccino starts up reliably.

One Response to “It’s nice when Cappuccinos start…”