Warning! If you own or know anything about Cappuccinos, this post will likely not interest you. But this subject was too funny to not do a blog entry about. 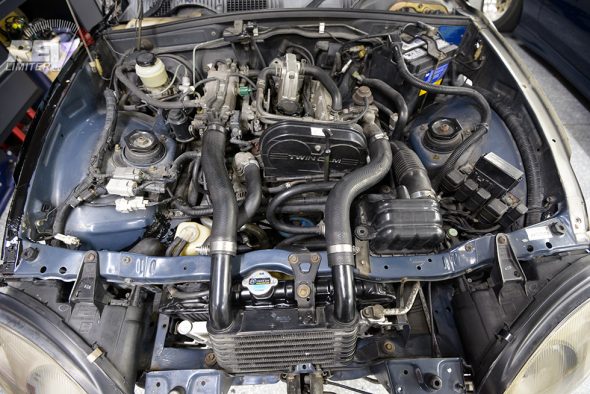 I’ve got Cap on the jack stands right now with most of the front body panels removed in order to do some rust proofing. While it’s true that I got lucky and this car doesn’t have much rust, I’d rather he have NO rust and no chance of more rust growing.

With the body panels off, I’m learning all kinds of interesting things about Cappuccinos in general and Cap in particular. And in this post, I’ll share what I learned about the Cappuccino intake. 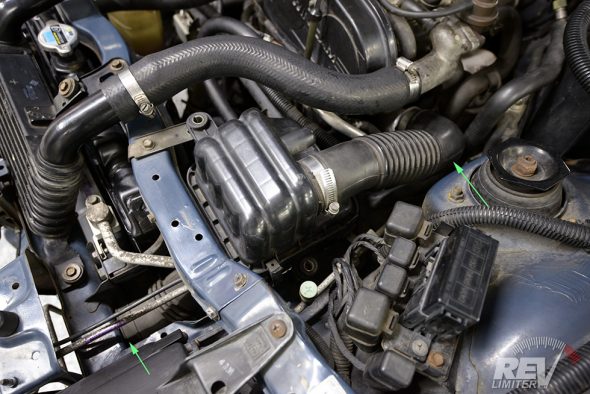 There it is – the Cappuccino’s intake system. Pretty simple, huh? I thought so anyway. It’s a small tube with a 90 degree turn into the turbo on one end and the air box and filter on the other end. The airbox is fed from a snorkel into the frame.

I was quite impressed when I saw this for the first time. So many cars have needlessly complicated intakes that put the filter miles down a convoluted path of tubes. The Cappuccino (seems like it) has a very short and logical intake. It even (looks like it) has a cold air intake that is fed under the bumper.

And then I got the body work off to see what was really going on. 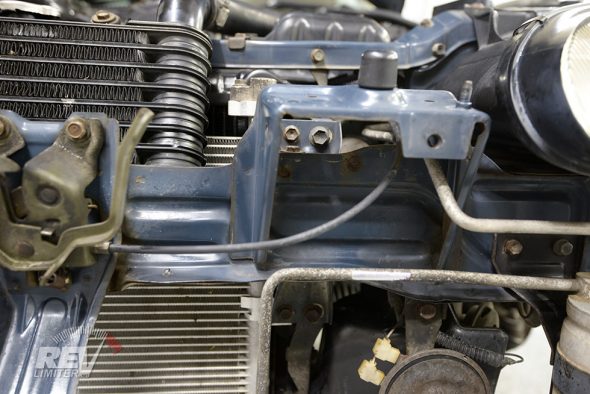 This is what’s in front of that snorkel – no hole. I expected to see a path to fresh air on the other side of this frame piece.

Nope. No hole anywhere around here.

What about to the right in the passenger side wheel well? 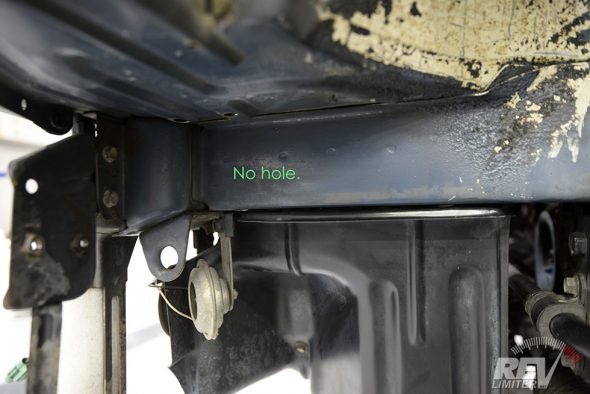 No intake hole here either.

Putting an intake hole here would add maybe 10″ of length to the intake track. This would be a very logical spot for the intake. The air source would be protected by a fender liner and still get cold air from outside of the engine bay.

I looked back in the engine bay. 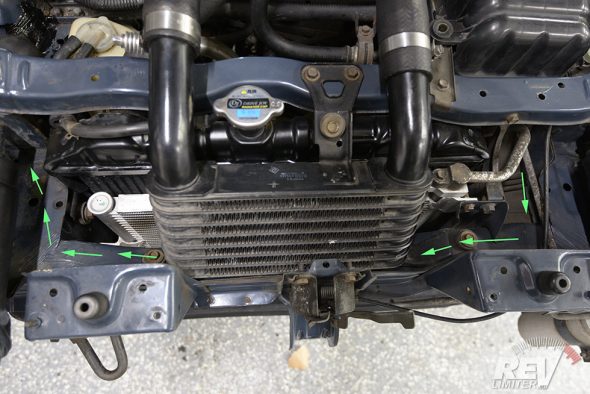 That frame is a hollow tube. The intake path must go to the left since there’s no opening in front or to the right.

So the intake path goes… under the tiny intercooler? And… around the driver’s side headlight? 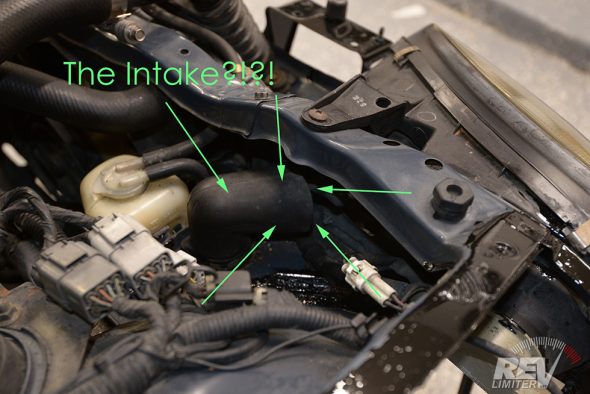 And there it is. A tiny rubber snorkel on the driver’s side behind the headlight.

That means the intake is INSIDE the hot engine bay, sucking air from behind the headlight, in a location with no air path to it from the front of the car. It’s getting a bit of air from around the headlight edges, but most of the air ingested is from the engine bay.

I realize a turbo car doesn’t really need a cold air intake. It has an intercooler to chill things down. BUT IT HELPS!!! Especially when there’s a bunch of possible air sources. 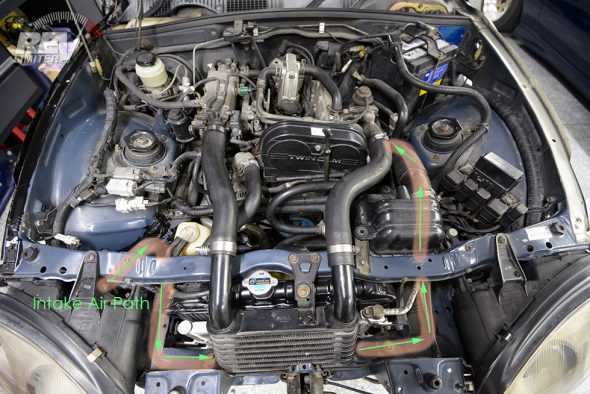 THIS is the full path that air has to take before it enters the Cappuccino’s tiny turbo.

That short looking intake tube is merely the end of the road. Air had to get sucked from the driver’s side, inside the engine bay, travel through a hole in the frame, past two 90 degree turns, then through the frame, take another sharp 90 degree turn, go through a tiny airbox (90 degrees up and then back), until it hits a final 90 degree into the turbo. 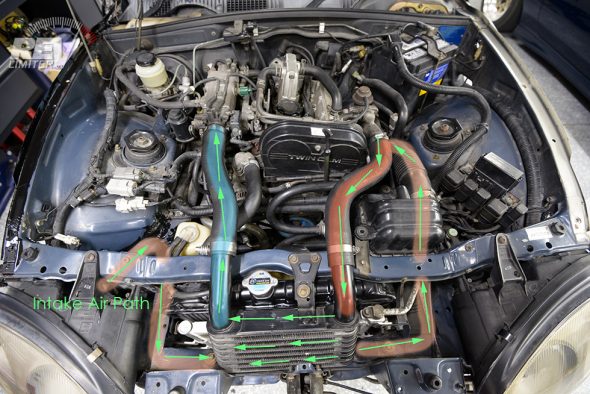 The full path to the intake manifold.

Because intercoolers matter too, here’s the intercooler and piping added to the intake path with color coating for visibility.

Wow. That is an insane intake path.

We can do better than this.

One Response to “The Cappuccino Intake Path”