Return of the Bikini 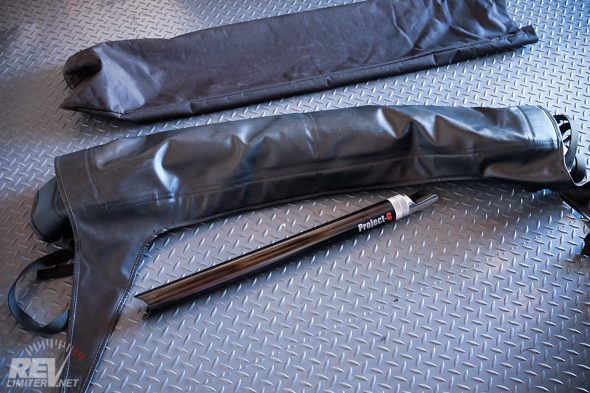 Out of the bag.

I just searched my own blog and discovered that I’ve not mentioned Sharka’s bikini top in roughly the past five years. July of 2011 was the last appearance.

It gets worse. I’ve not installed it since before I got the Blackbird Fabworx rollbar. I believe I last had the bikini top on Sharka in 2014. Maybe 2013…

It was way past time. 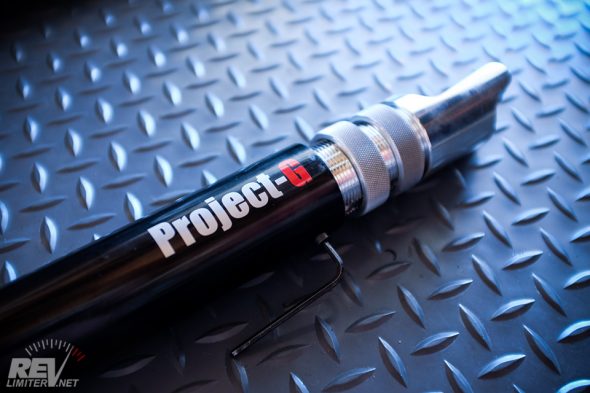 This is a rarely seen part. I’m not sure if this one ever even went to production and might actually qualify as Rare. It’s the Project-G EZ Install Center Brace (I think I got that right). They did a short run of these back in 2014 for a group buy. The EZ brace eliminates the owner having to cut the center brace tube to fit their car. The threaded section lets the brace telescope to fit different rollbars.

I’ve had this for two years and never even installed it. Yeah. Working 80 hour weeks has drawbacks… 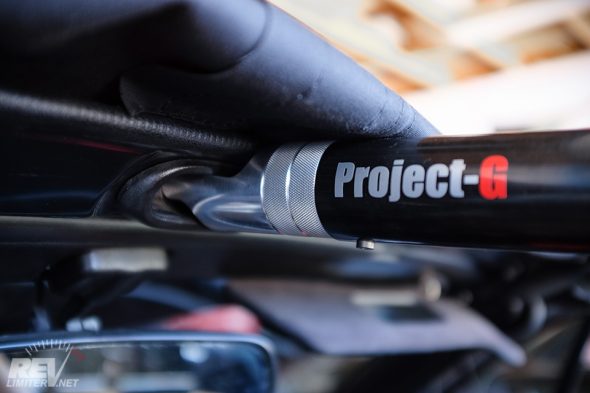 Sharka’s requires no extension to fit the Blackbird GT3 bar. It’s a perfect fit at the shortest length.

It’s almost a shame that most of the center bar is covered by vinyl when the top is installed. The EZ brace is so pretty. 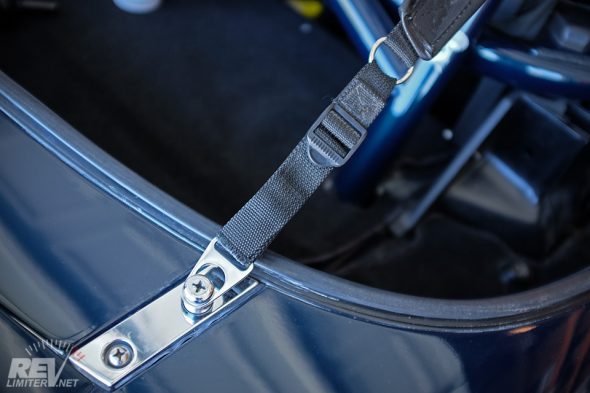 Another hard-to-find upgrade – the Bikini Buckles. Far superior to the standard D-ring attachments. It’s all in the details. 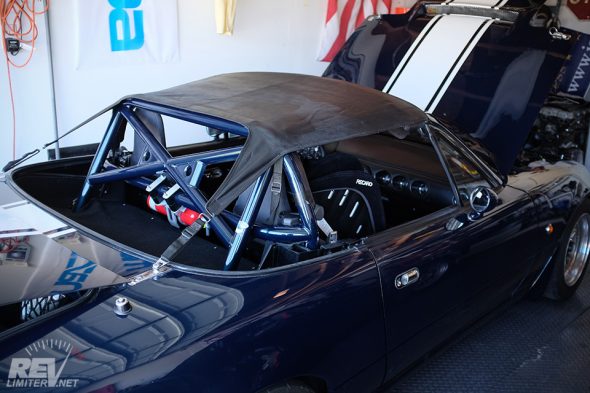 It’s been too long. Far too long. 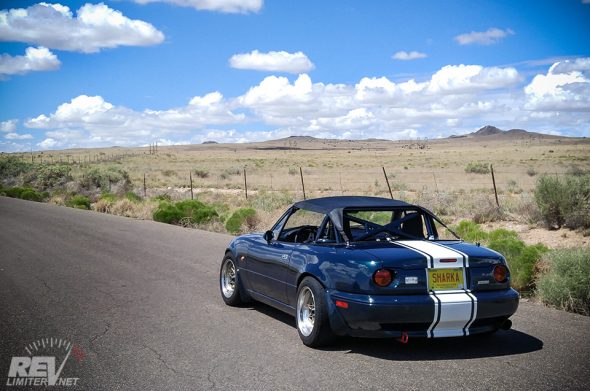 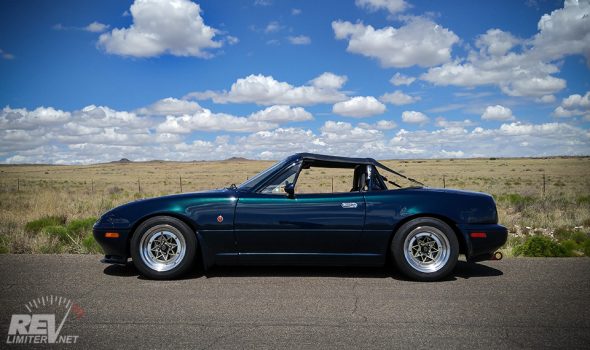 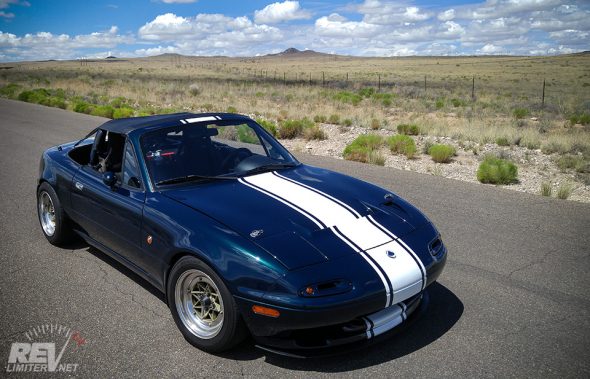 I’d forgotten how awesome the bikini top is. I mean, beyond the looks.

Just look at it though.

The bikini creates such a great breeze in the car that I don’t get hot, even driving in 90*+ temps. I’m not just typing that to sound like a badass. I’m getting older and I really like my air conditioning. Sharka’s AC barely works, so I tend not to drive the car in the New Mexico summer. But with the bikini? 95F doesn’t feel hot.

We got caught in an insane sudden downpour last week, me and Sharka. The sky opened and everything was suddenly under water. I cringed while rolling up the windows and then… nothing. Wipers were going full speed. 100′ rooster tails from all the cars driving. But I wasn’t getting wet.

It didn’t used to be that way. With the old Hard Dog rollbar, rain zipped in through the back and would soak the inside of the windshield. It really sucked. But the Blackbird bar is at a slightly different angle and has different bracing. No water got in the cockpit.

It’s staying on the car for a while.

5 Responses to “Return of the Bikini”