Hey buddy, got the time(ing)?

So, there I was. Standing in my garage, tired and hot. But I had my keys in hand for the first time in a while and was ready to start Sharka’s engine with the new head gasket, new coolant re-route, and ported head. I pressurized the fuel rail and checked for leaks. None! So I hit the start button…

The engine didn’t start the first time. But I did get some pretty awesome backfire out of the intake and some nice 3-6 psi spikes on my boost gauge. I got out of the car and just sort of stared at the engine.

20 seconds later, I realized what the problem must be. I took the valve cover off (it had been installed for a good 5 minutes) and checked. 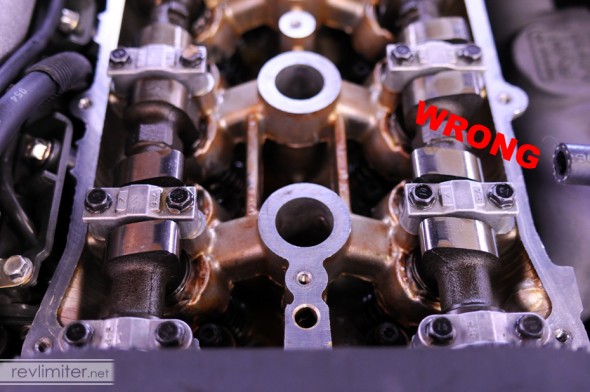 Notice how the front lobes are sorta pointing at each other? That's bad.

Yeah. As the Mythbusters are fond of saying “Well, there’s your problem.” The front cam lobes should be pointed away from each other by about 180* (like << --- >>), not sort of toward each other. Fortunately, it’s a quick fix.

When I took my head to the local Miata shop that helped me port it, I had them reassemble it for me. Let me tell you, it’s really nice to have someone with valve spring tools do the work of installing them. But I never even thought to check the cams to see if they were timed right. It never occurred to me. 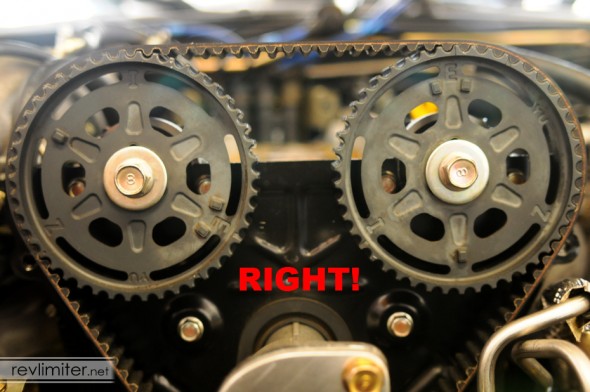 I and E pointed up - that's all I ever checked.

They also replaced the cam oil seals for me, so I never bothered to check if the little dowels on the cams were pointed up as they should be (you just remove the bolts to see). All I paid attention to was the basic cam gear timing that I’ve done a half dozen times. My buddy Ben was even there. We got the timing belt on and correct in record time. Neither of us thought to take a look at the cam lobes. 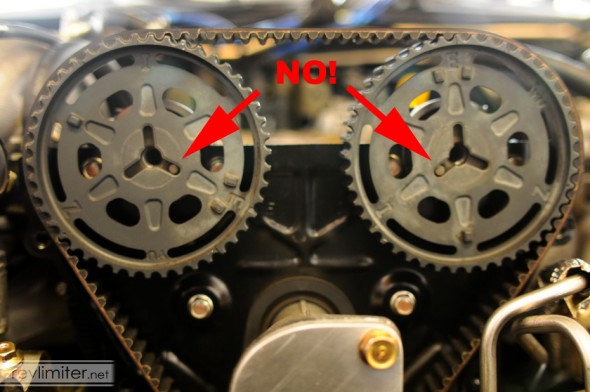 Those little dowels should point up. 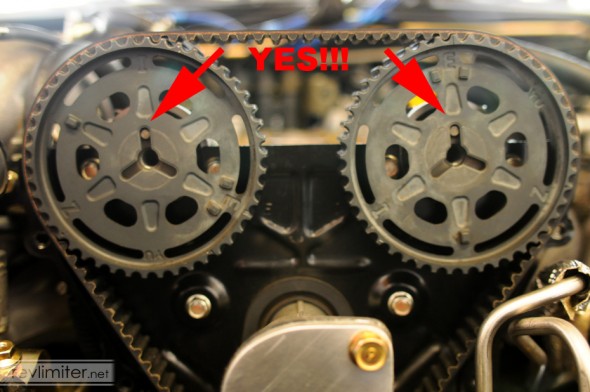 As I said, it’s way easy to do this. You just remove the bolt from the cam gear and pop it off. If you have the timing belt correctly installed, you just make sure the gear stays in contact with the teeth. A quick zip tie helps. Then you rotate the cam around with a big wrench and reinstall the gear. 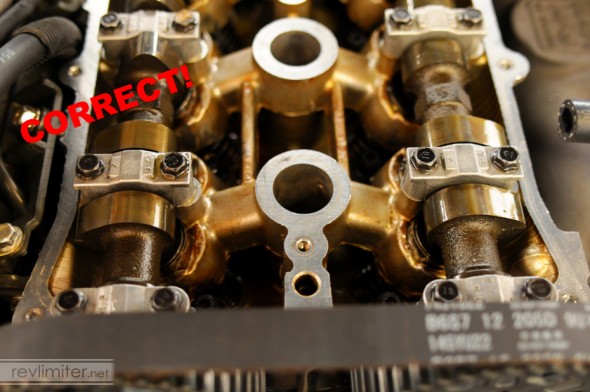 And there we are. Correct cam timing.

That’s it. When I got the valve cover back on and the intercooler connected again, Sharka fired up on the first crank.

I hope this helps someone out there. It can be a downer when your engine doesn’t fire after being disassembled for a while. Fortunately for me, my problem was easily fixable.