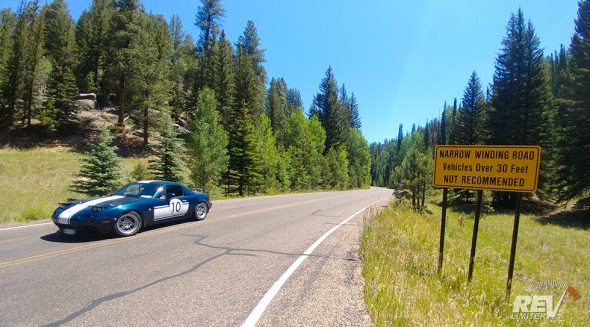 I’ve not posted a road report for a while, and this one is a gem – Cape Royal Road near the Grand Canyon North Rim.

The above map is courtesy the US National Park Service. I edited it slightly to make Cape Royal Road stand out a bit more. You can click it (or any of these pix) to view them larger.

It takes some work to get to this road. The North Rim isn’t really near anything and it’s not visited by too many folks. I heard a statistic that the South Rim of Grand Canyon gets around 7 million visitors a year, while North Rim gets about 500 thousand.

You have to drive AROUND Grand Canyon to get to the North Rim. It’s not exactly convenient.

But if you get there and are in a fun car, GO DRIVE CAPE ROYAL ROAD! 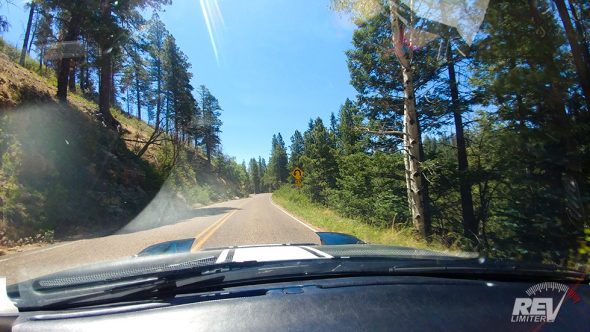 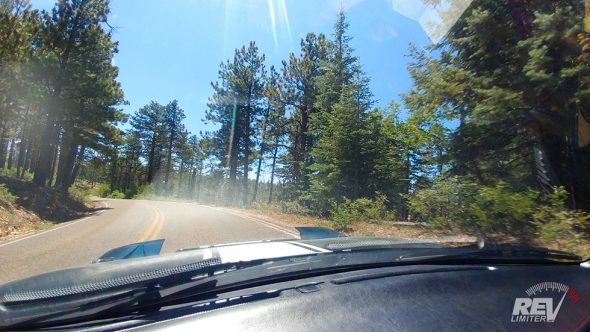 The wide lens somehow makes this look rather straight. Trust me, it is not a straight road.

Cape Royal is 20+ miles of winding mountain roads. It’s glorious. At around 7800 feet above sea level, it will take your car’s breath away, but a bit of boost helps keep things moving.

I drove this road in the late morning and encountered five cars going the other way. FIVE. In 20 miles.

That isn’t to say that you should plan on not seeing any other cars. The turns are numerous and blind. Staying on your own side of the yellow line is absolutely required. 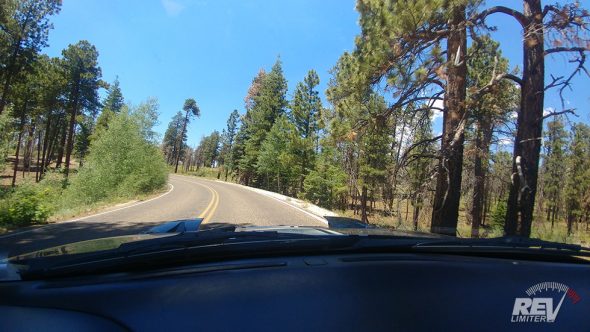 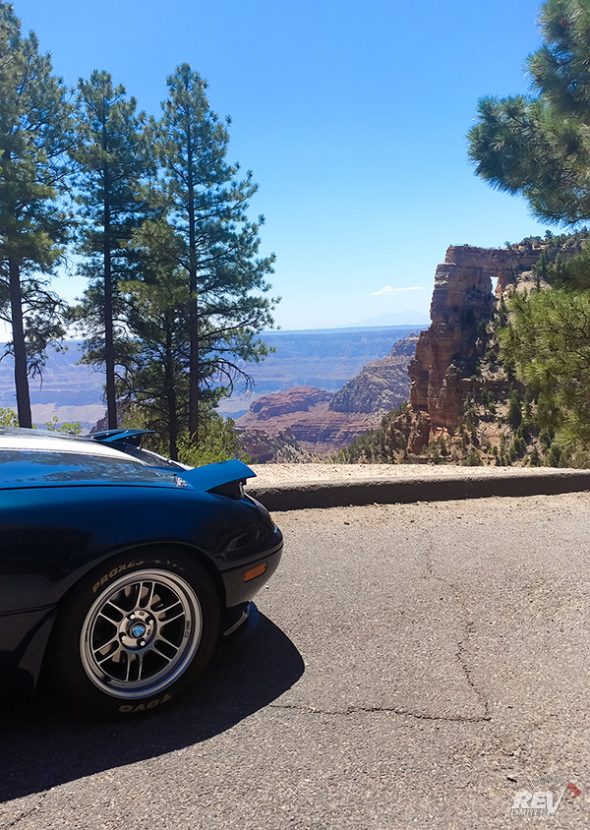 One thing I should mention about the road – there’s some potholes and little humps from tree roots in the lanes. There aren’t many, but they do exist and are large enough to take out a Miata oil pan. And, well, you’re something like 200 miles from the nearest auto parts store. A cracked oil pan out there is death.

There’s also enough rock faces and big trucks driving the road to kick up an oil pan destroying rock into your path.

But this road is worth the risk. 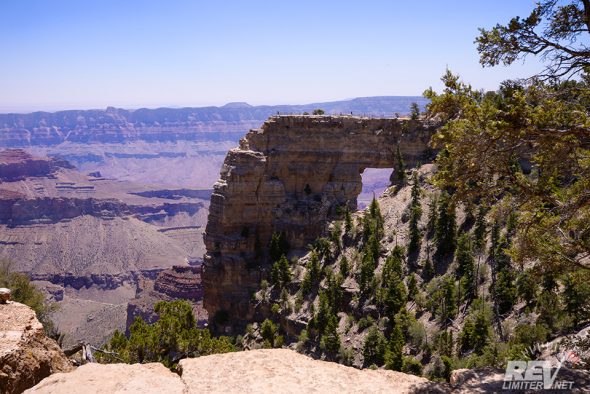 When you finally get to the end, you’re treated to a short hike to Angel’s Window (the only arch in Grand Canyon National Park) and Cape Royal. There’s also numerous hiking trails along the route, but I was in it for the drive and view at the end. 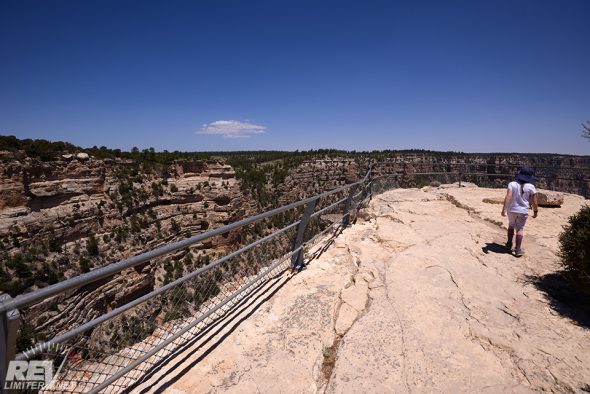 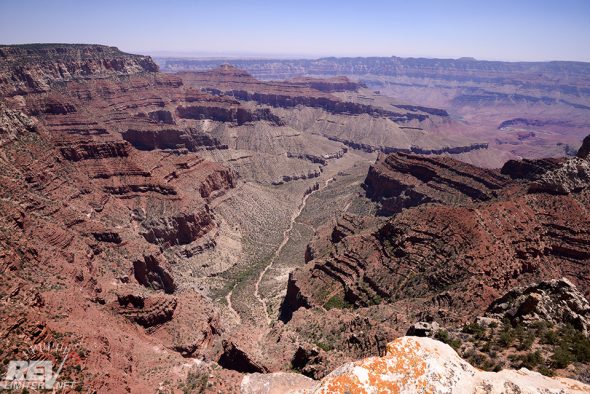 It goes straight down.

Possibly the best part about the road – it’s one way and dead ends at the above scenery. You have to do it again! And it’s great going back out as well.

We spent quite a while on the hiking trail to Cape Royal and it was afternoon when we left. On the way back, traffic was a bit more abundant. Instead of five cars, maybe 30 passed us on the way out. It seemed like Cape Royal was a more popular afternoon destination than a morning one.

If you want to drive this road in a spirited way, I’d suggest a morning trip. 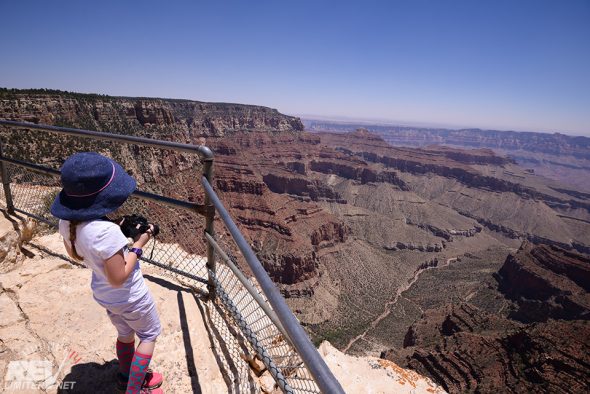 I was lucky to have my daughter along in the co-driver seat. She absolutely loved the road (both times) and kept cheering me on to go faster.

She also loves taking photos. Here’s a few she snapped on her SLR. 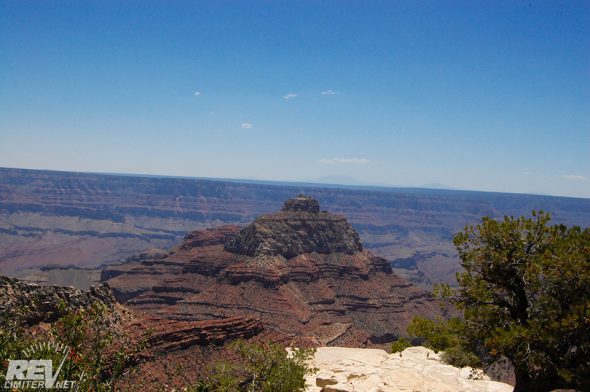 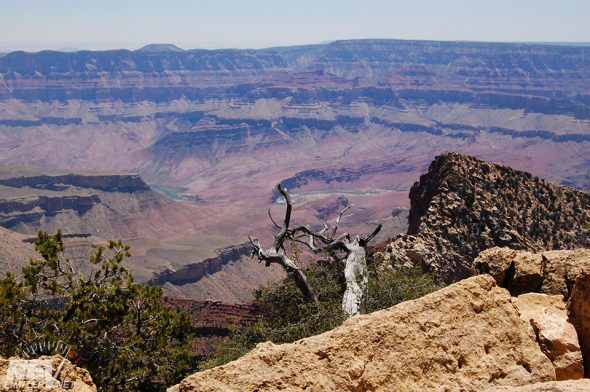 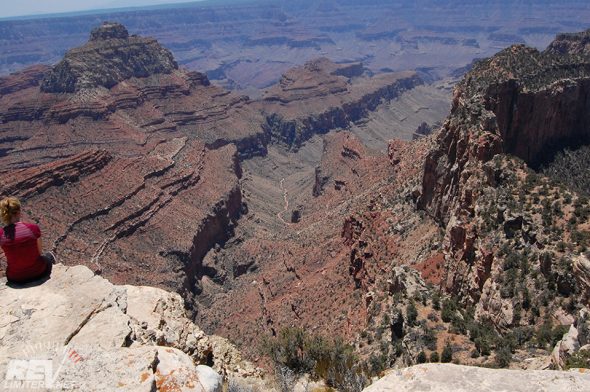 Hiker sitting on a million foot drop off – photo by Harriet

More Grand Canyon trip report stuff is on the way! That’ll all be in one post. But Cape Royal Road? It was special enough to get a post of its own. It’s truly one of the best roads I’ve had the pleasure of driving. 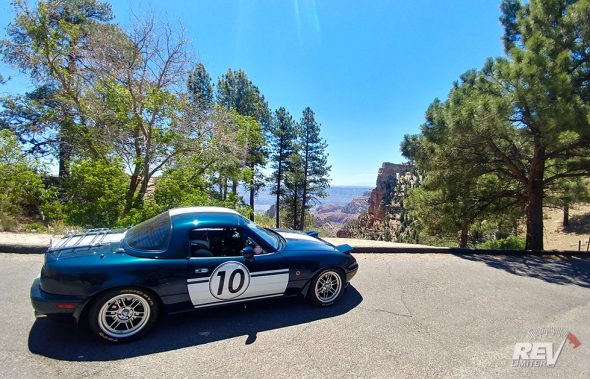 Sharka at the Grand Canyon

Well done Sharka. Thanks for taking us to the end and back.