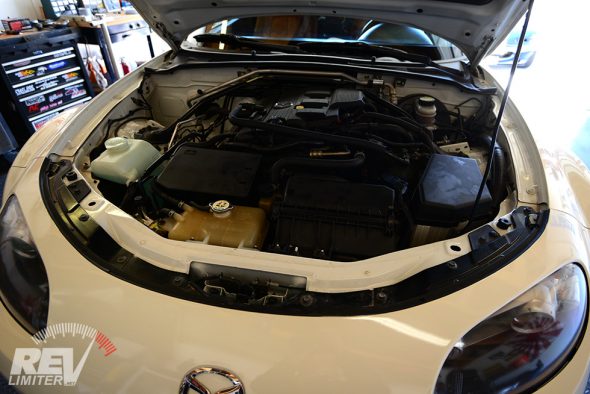 What sins lurk in the dark?

We had nice weather last weekend, so I tore into the Stormtrooper. I changed all the oily fluids and addressed as many things as I could. That’s for a very-near-future blog post though.

This one is about the stuff I found under the hood.

Before I begin, let me say that I like Barry, the previous owner. He seems to be a good guy and a smart fellow. He also only drove the car a few hundred miles between it being titled here in New Mexico last February and when I bought it in January 2017. I’m not blaming him for this.

This was all likely from the original Florida owner and the 9 years he spent putting 154k on the car. 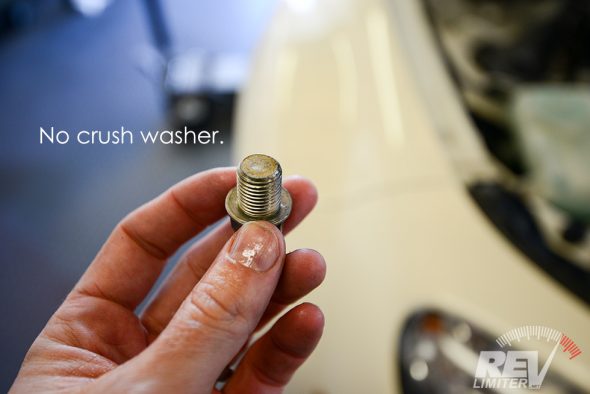 I jacked up the car and put it on stands. I then crawled under with my camera to start documenting where stuff is – the oil drain and the filter and so forth. 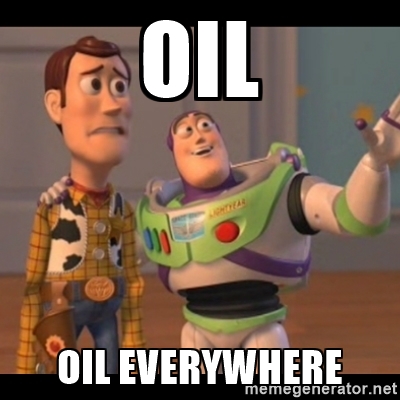 Every surface near the engine was just caked. Slick and yet also crusty at the same time.

There was absolutely no crush washer on the drain plug at all. None. And there’s not been one for years by the looks of things.

Fortunately, the same size washer that fits NA, NB, and Mazda3s fits NCs. I’ve got a bunch of them. One found its way onto Stormy’s drain plug.

And then I spent a half hour with a big roll of paper towels getting caked on oil removed from various engine and transmission surfaces. ugh. 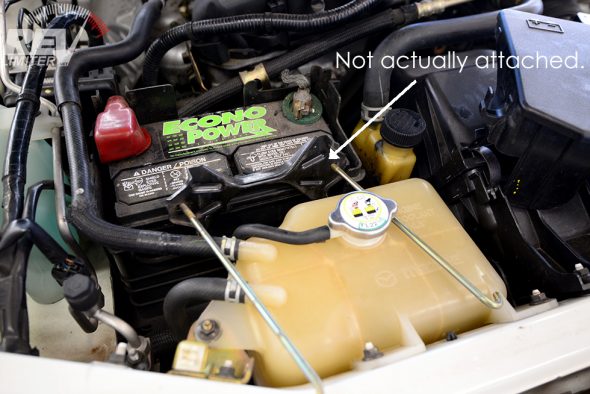 This battery tie down was literally along for the ride. It was not attached in any way. The loose fitting battery box cover was the only thing keeping it in place. The J hooks were still keeping it in the right orientation.

If a J hook came off, the Stormtrooper could have given welding a try. And that’s never good. You never want a car to try to take up a hobby of its own, especially welding.

Nothing was broken. The spots for the J hooks to grab still exist. I gave it a test clamp and then removed the tie down to fix the other stuff.

Yeah, other stuff. The battery had more going on. 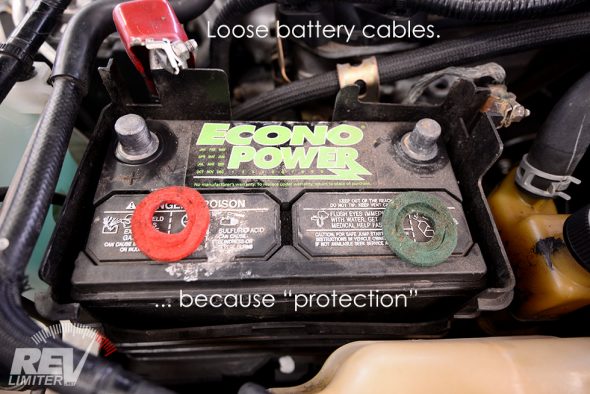 I took Stormy to work a few times last week. The last time, I got in and tried to start the car only to find… nothing. No power. No anything. The key clicked over past ACC and then all was dead. I was in a quiet car.

I popped the hood and looked in the fuse box. Nothing. Everything looked okay.

I opened up the battery box. There, standing up tall and proud, was the positive cable.

The clamp itself was fully tight. But it just couldn’t grab onto the terinal. I could easily slide the cable on and off. The clamp did not fit at all. 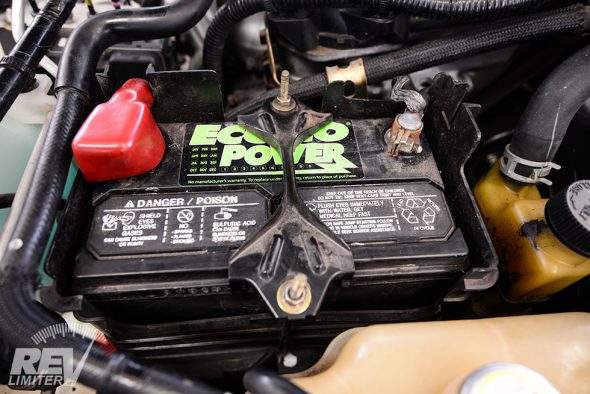 A little research on miatanet revealed that loose battery cables are a somewhat common NC problem. Some guys crimp on new cable ends. Others REMOVE THE FELT DISCS some well-meaning shop installed and have no further problems.

Felt discs? I’d never heard of them. But somehow Stormy had them. I’m sure they were doing a great job of keeping corrosion at bay. They were also keep the cable from seating on the terminal properly.

I squished the clamp a bit with a large pliers and then tightened it down around the terminal (without the disc in place.) Now it works. I can even pick up the whole battery by the cable. It’s a good connection again.

I filled all the cells with distilled water and cleaned everything with a battery brush.

What else could I find? 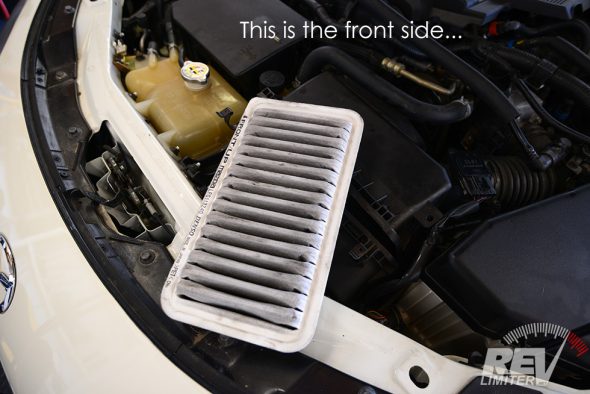 I opened up the air filter box to see how things were. I’d peeked in earlier to verify there was indeed a filter in there. 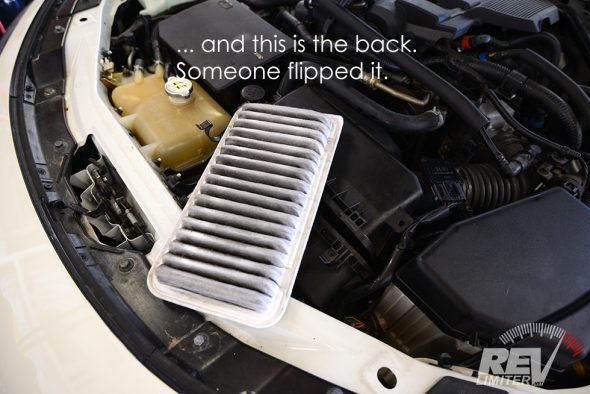 You don’t flip these.

They flipped the filter like a freshman flips his underwear.

Flipped it. FLIPPED IT!!!

Some genius decided that since one side was dirty, they’d just point that side at the engine and let the other side fill up with dirt. There were bugs. It was great.

It’s exceedingly hard to even force this thing into the box backwards. I know this because the NAPA filter I bought was NOT marked front/back. It took me far too long to figure out exactly how to get it in there.

Someone WORKED HARD to get the original filter in there backwards.

I’m sure there’s more waiting for me to find. I’m kinda scared. Someone hold me?