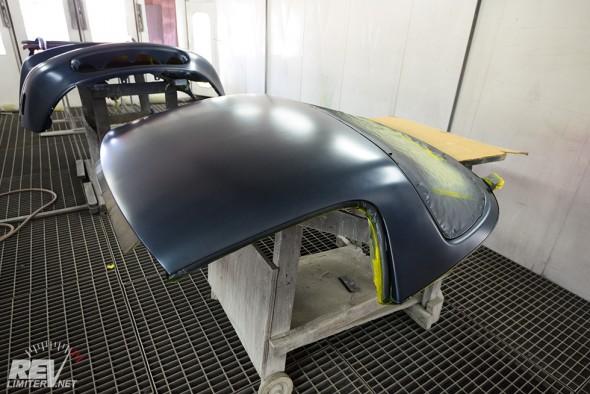 And now these guys get stripes.

I confess. I am very tired of stripes. Not of stripes themselves, but of creating stripes. Laying stripes. Measuring stripes. Getting lines straight. Obsessing. Standing back. Tearing off and starting again. 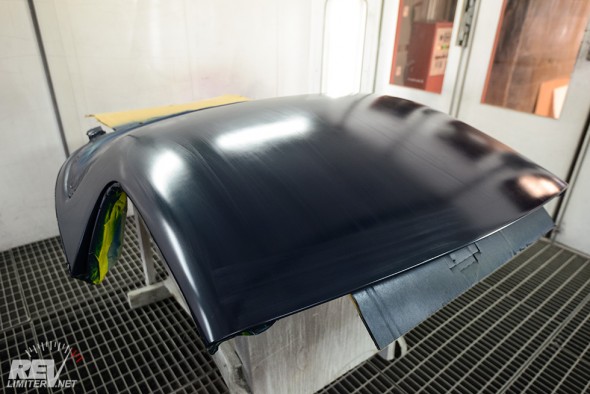 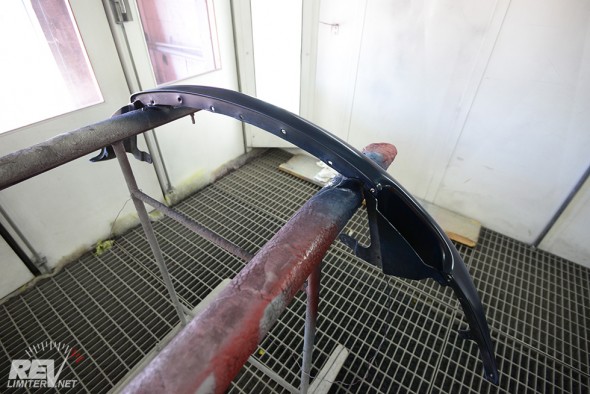 Ready for a stripe.

I’ve learned a lot this week. One thing I learned: a very light sanding of the parts before the final color coat is sprayed really helps the quality of the paint. That’s what the above HT pic shows. Pretty cool! 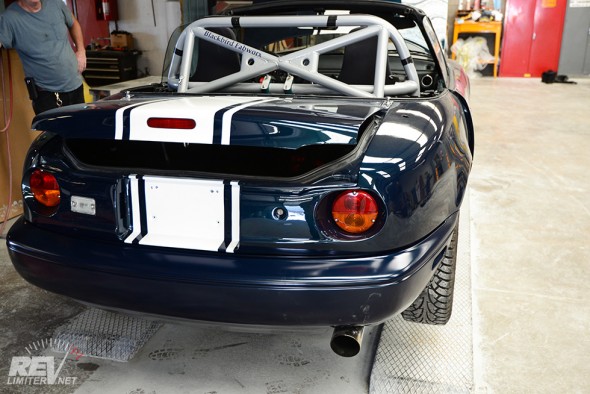 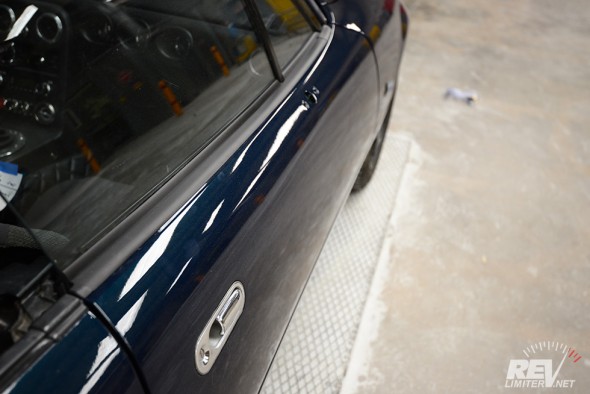 While paint was being sprayed on the bumpers and hardtop, I started work on reassembling Sharka. I put the tail lights back in and the car just popped. Those lights. That paint. YES!

I also installed the door handles. That’s one thing I’ve never actually removed from a Miata. And that meant I had to fumble with it for a few minutes before figuring out how it goes back on. Fun!

Then I stuck on the fresh OEM window molding. HOLY CRAP. What a huge change. Sharka’s wasn’t even in bad shape. But this new stuff? Why did I not buy this years ago? 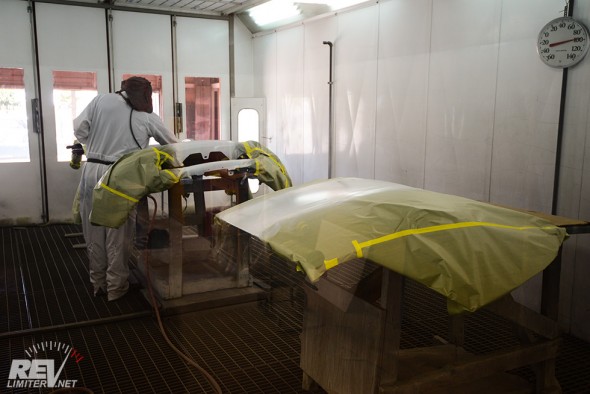 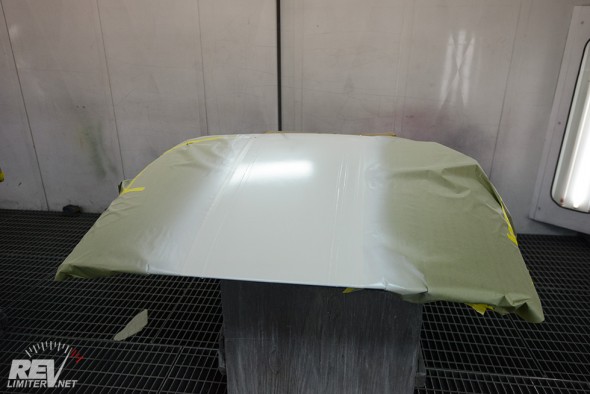 I hope something good is under that wrapping paper.

As I said, I’m tired of measuring out stripes. Seriously. I took zero photos of the bumper, airdam, and hardtop stripe measuring. It was an 90 minutes of very hard work. Getting the parts in the booth was fantastic.

The bumpers and HT were set on the car. Then I measured everything and trued the stripes up to the existing ones. Not glamorous. Lots of work.

But let me back up. Before unwrapping the HT, I have something cool to show.

All the layers of paint. 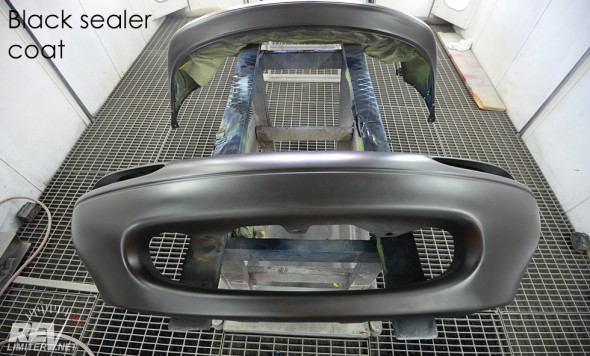 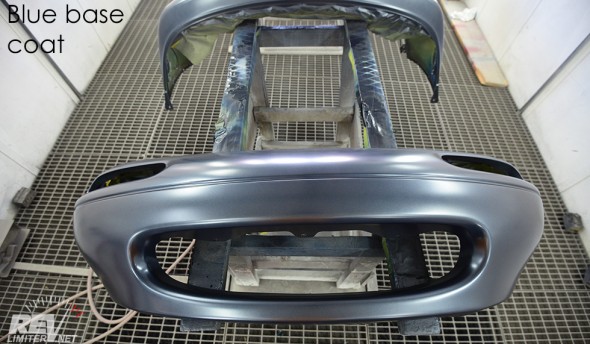 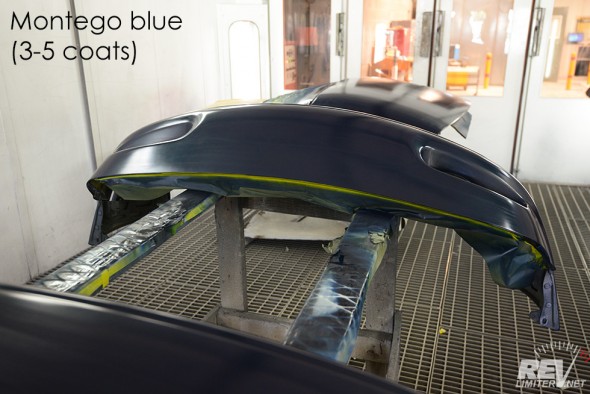 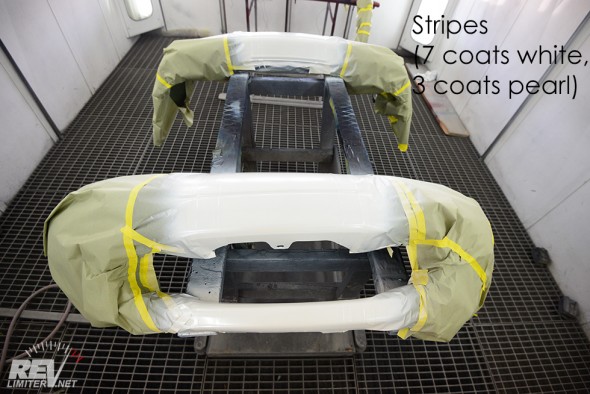 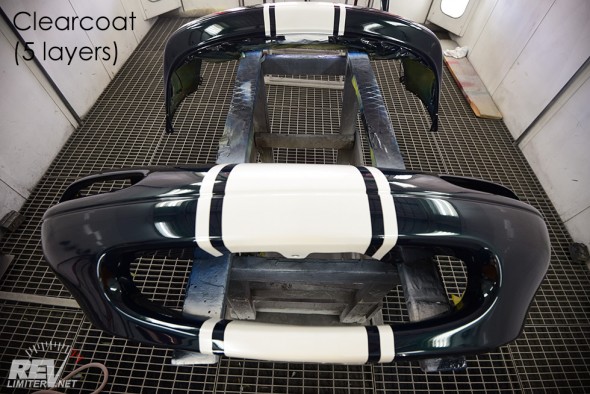 I came in that morning and saw the black sealer coat. That one goes on top of the primer. It and the blue base coat act as a sort of extended primer. It means there has to be less montego sprayed, but the resulting depth and protection is the same. Or something like that.

Then the montego blue. I managed to not get the same angle on the bumper for this one. Sorry. heh

Then the stripes. SEVEN coats of white and 3 pearl. A white sealer coat would have probably reduced that number to 3 of each coat.

Then the clear. Ken mixed up a bit too much paint, so all of these parts got 5 coats. YAY! Speaking of clear… 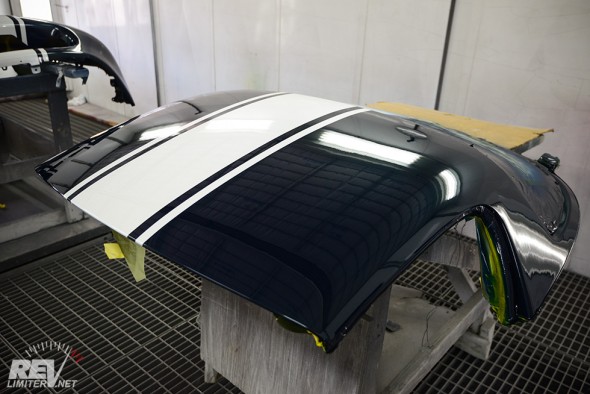 Look at that paint. 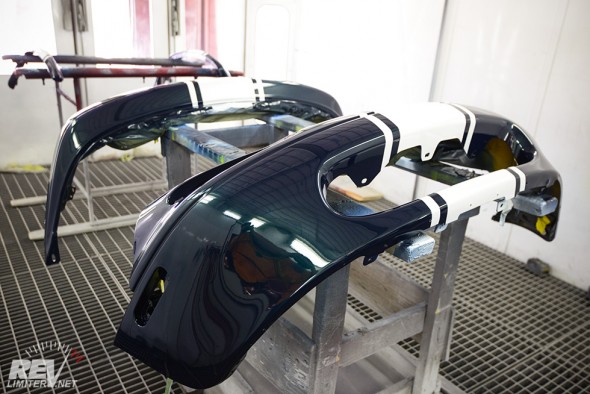 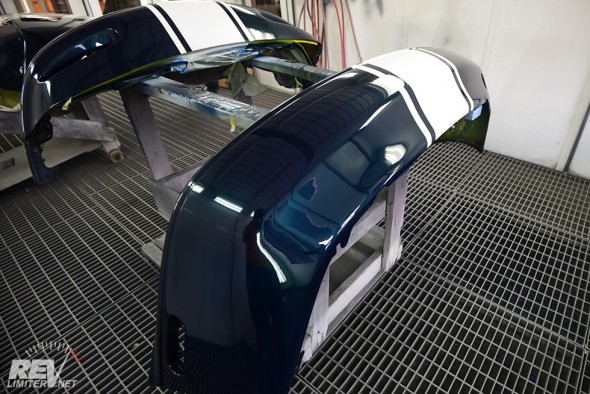 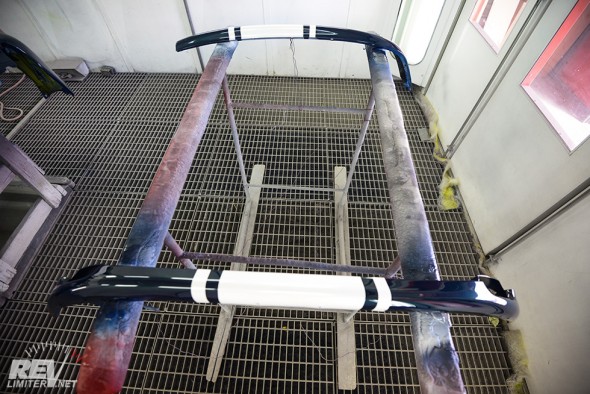 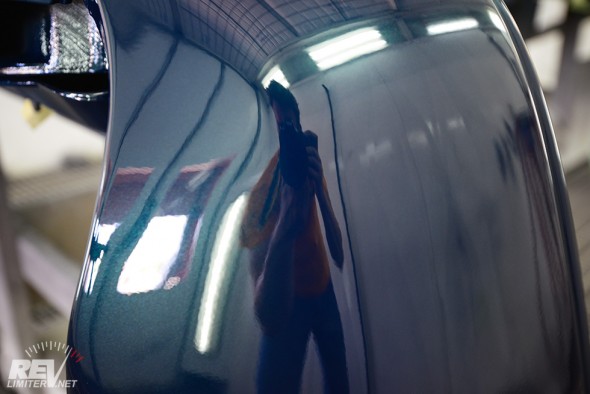 I have no words. My brain has reset to DOGE.

Such paint. Much clear. Very depth. So spray. Wow. 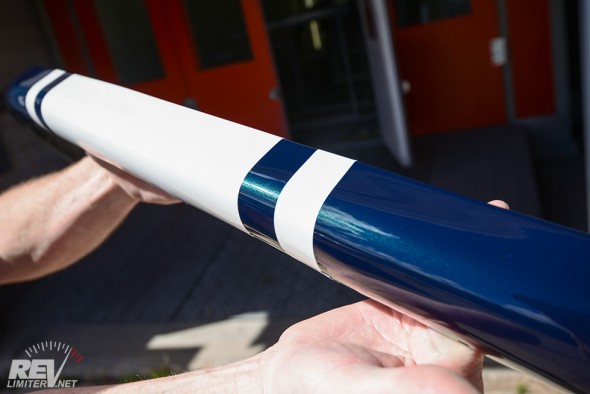 Unfortunately, my camera didn’t pick up the pearl sparkle over the white. I didn’t even think to look at the back of the screen. I should have adjusted a few more things. Couldn’t save it from the RAW. Alas.

It’s just so pretty, you guys. SO PRETTY.

Next time: Stripes and paint for the window frame and panel behind the hardtop. And then everything will be painted.