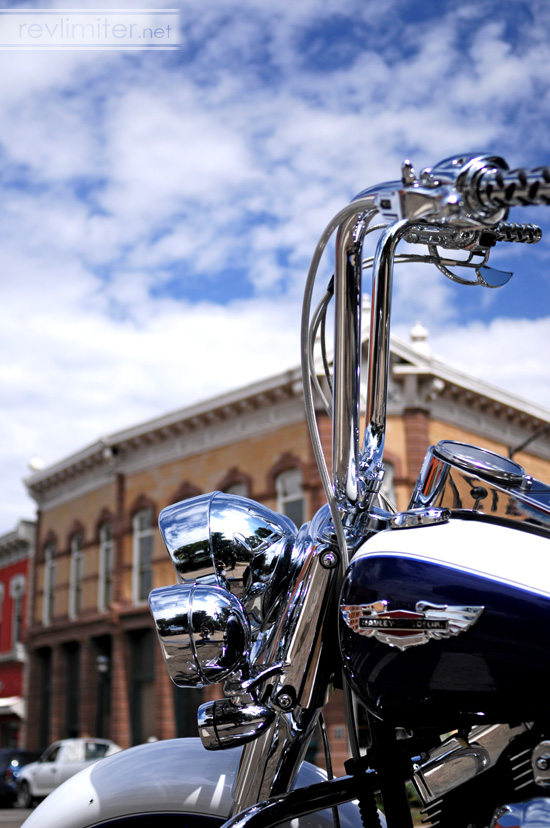 So. There I was in Las Vegas (the New Mexico one, not the other one) in the middle of a huge motorcycle rally. My wife and I drove up to catch a flick at the Fort Union Drive-In and had no idea there would be 7.5 million motorbikes in the town square. We also had no idea that we were staying at the hotel that was hosting the event.

I had my camera. I like things with wheels and motors. Doesn’t matter to me if there are 2 wheels or 4 wheels. So I started shooting. 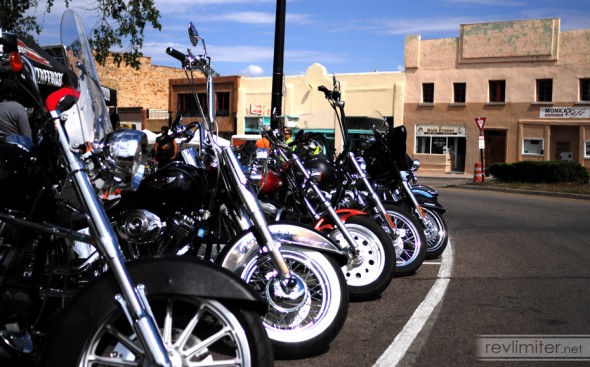 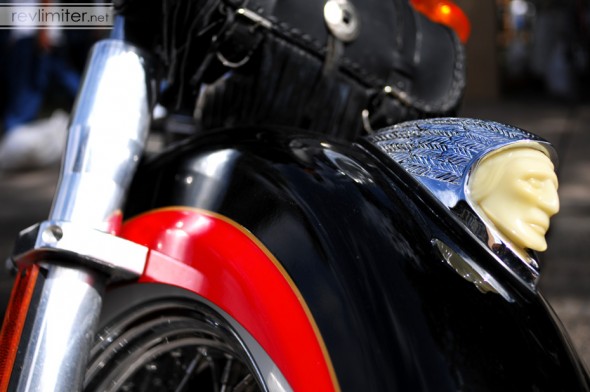 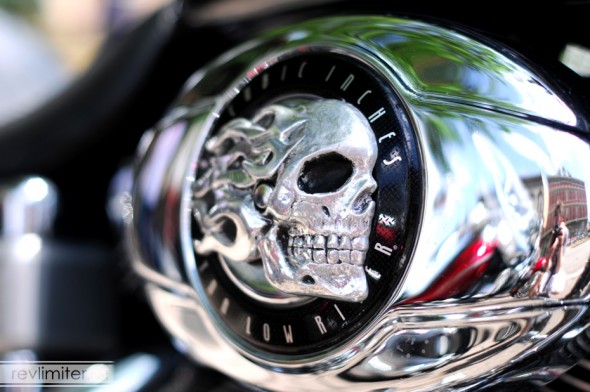 I think I said "Holy shit" out loud at the sight of this.

The bikes were awesome. Gorgeous. Loved and pampered. My camera was very happy to shoot that day. And I was loving every minute. 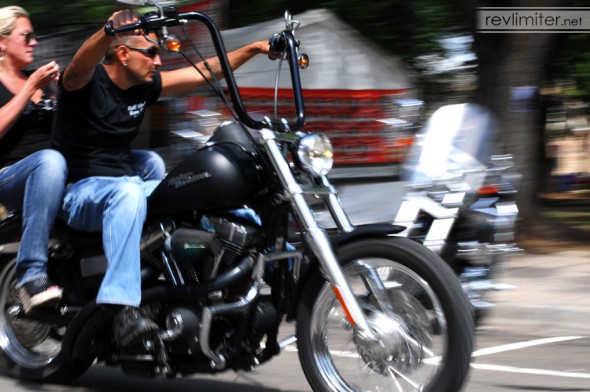 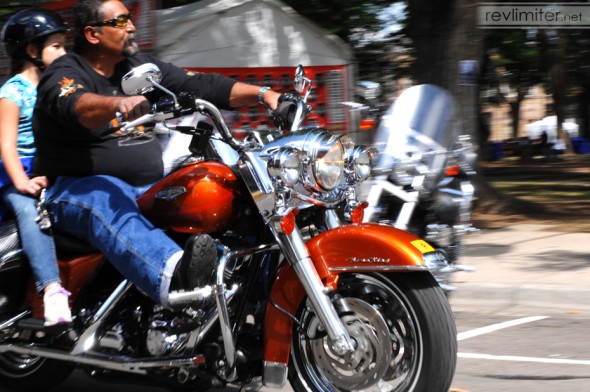 Cruisin' with her Pops. 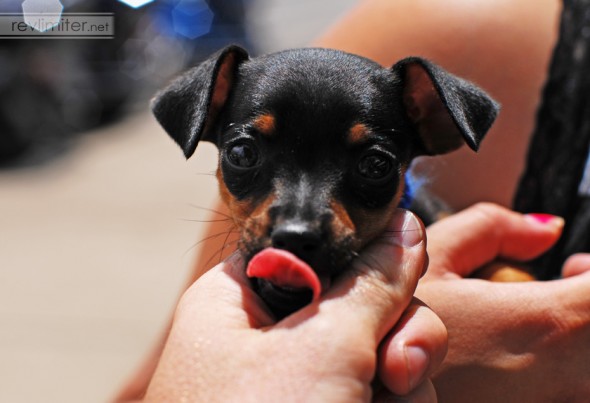 I dare you to be manly around this face.

A few words about the people… Bikers. Literally thousands in town that weekend. Leather, tattoos, walking around with open cans of beer in public. Keep in mind that I am a dorky, thin, mid-30s white guy with a big camera and a lack of leather pants. I was a little worried about shooting the bikes at first. (yes, I’m a dork.)

The bikers were nothing but nice to me.

I probably spoke to dozens while wandering around and shooting. Even the already-drunk ones were nothing but nice. Just pleased to be there with their buddies and pleased with life. A dorky kid with a camera wanting to shoot their bikes? “Sure! Want a beer?” The bikers were passionate about their hobby and thrilled to be spending a whole weekend enjoying it. Just like a weekend-long autocross, but with more leather. It was wonderful.

Did I mention the picketing religious people? Yes. Some church of some sort decided to picket this event and use a bullhorn to tell all of these extremely nice people that they were going to hell. One carrying the bullhorn tried to start a fight with a man who’s bike I was shooting. It was… insane. Long story short, the police escorted the religious group away from the event. 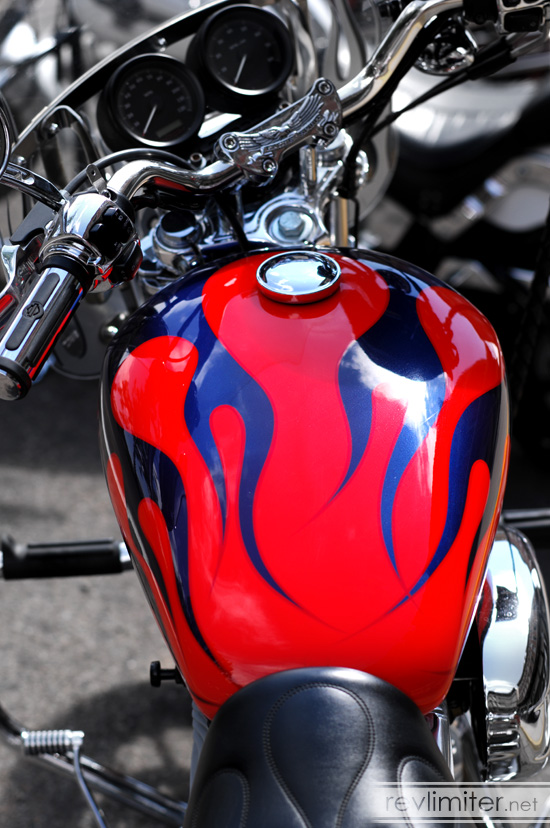 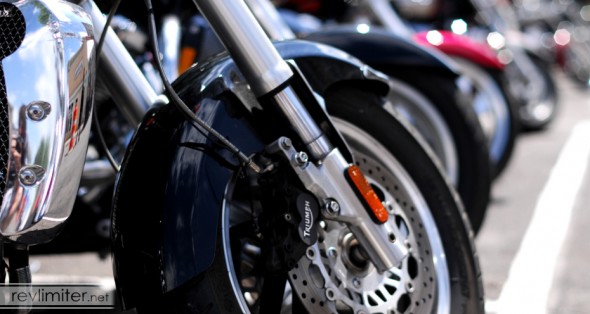 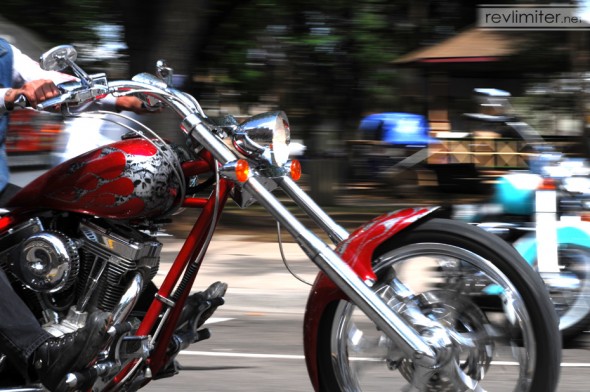 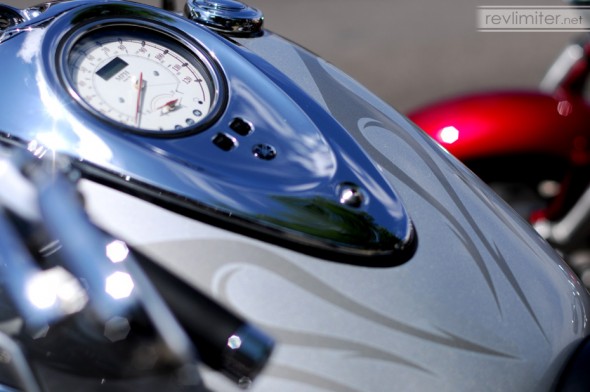 I have a thing for gauges. 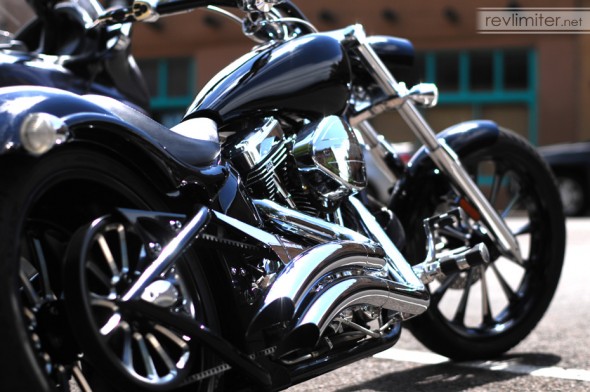 Gorgeous bikes were everywhere. So much chrome. So much attention to detail. So much love.

This wasn’t the sort of event I’d attend on purpose. I’m definitely more into cars. But damn, did I have fun. 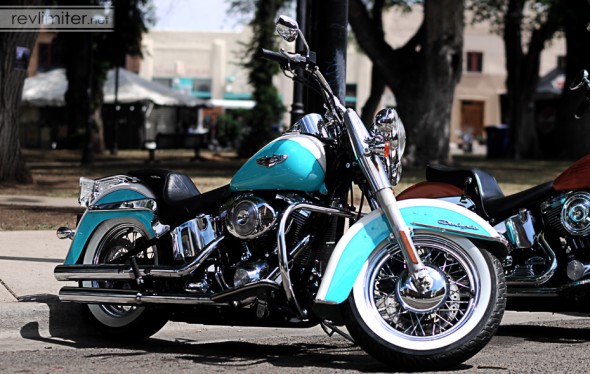 Then I saw this one. 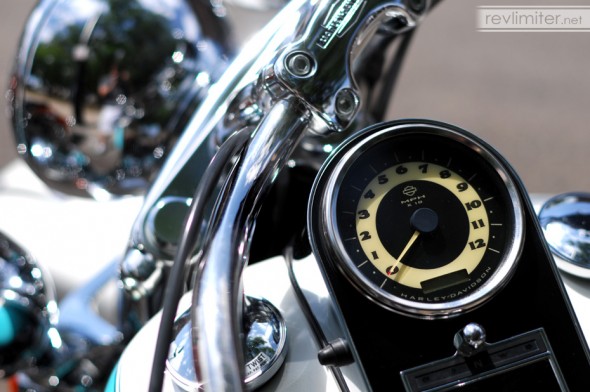 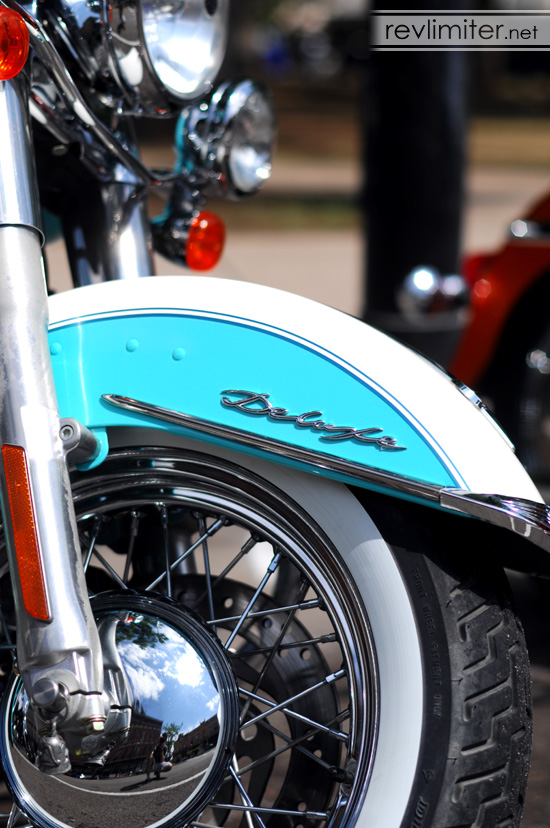 The vintage style, the turquoise paint, the white stripe. I was smitten, and it was a hard smite. I shot a good dozen pix of this bike, just trying to bottle up the inspiration I was feeling at that moment. It felt like the motorcycle embodiment of a certain NA Miata that stars in most posts on this blog. It was inspiration.

I hope my few pix of these two wheeled beauties gave you a little inspiration. Oh, and thank you for the hospitality, Rough Riders! You made this dorky Roadster driver feel quite accepted.