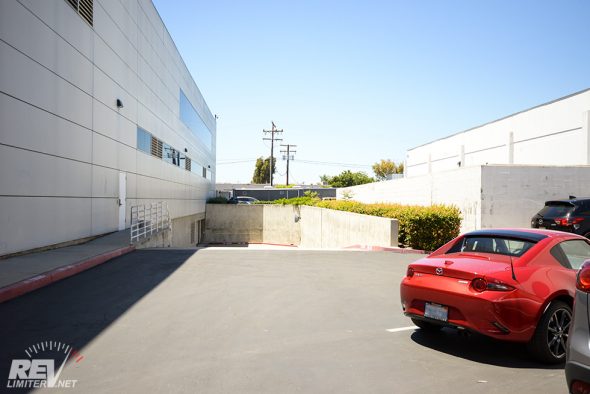 And that’s the big reveal! I was in California because I was invited to be a part of a tour of the Mazda R&D Basement. 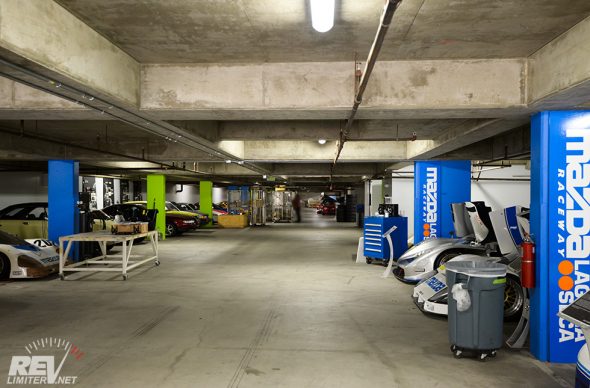 You may have heard stories about the Basement or read the various accounts of those who have visited. There’s been quite a few blog posts about it over the years and some great photos. But *I* have never gone and physically been on that hallowed ground.

Cliff notes: Mazda has this underground garage known as the R&D Basement. They keep a bunch of their historic cars there including ex-race cars, unique show cars, cars with important build numbers, and others. And all of these are REAL working cars that are driven to shows and events. They’re constantly rotating in and out and being maintained.

This is not a museum. It’s more like a heritage garage. And it’s on the bucket list of most Mazda fans.

I was there for about 3 hours. I shot around 350 frames. I’ll probably break my experience up into two or three separate posts. There’s just too much otherwise.

The first cars you see as you enter the basement are the race cars, so that’s the topic of my first post. I’ll try to do them justice.

Hold onto your helmets. 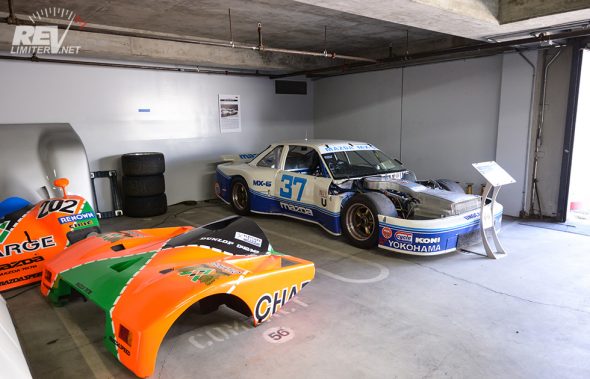 Jacob, our AMAZING tour guide, went through these cars like a shotgun through a milk bottle. I barely got any details on them. And… I know a lot about Miatas but not a whole ton about vintage Mazda racers. However, I’ll do my best.

The worst part is that most of these cars have little plaques in front telling what they did and when. Did I take pix of those plaques? No sir. I was not thinking clearly.

The first car in the Basement is this MX-6 GT-U racer. The only original body panel is the roof. I shot only a single frame of it. 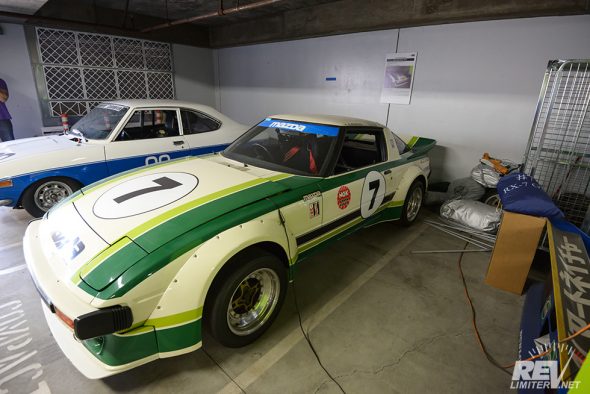 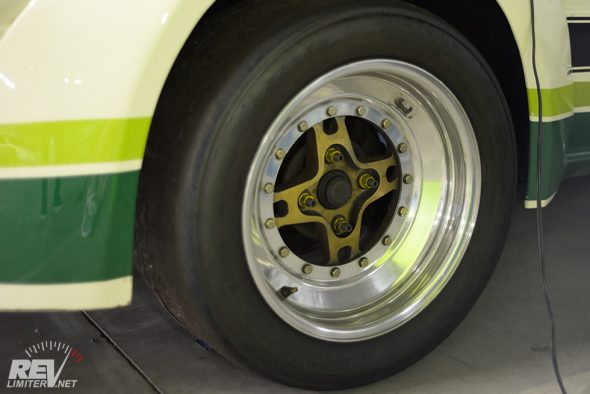 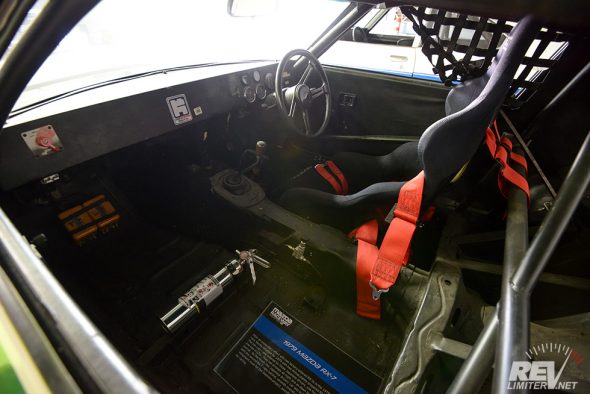 This little SA22C is known as the Daytona Car. That car was the first RX-7 to win the 24 Hours of Daytona back in 1979. Though this one may be a replica of that race car, but I’m unsure. This IS an extremely early RX-7. I think Jacob said it was the 7th production RX-7.

RX-7s went on to win quite a few Daytona 24 hour class wins. This was the first. And this car was one of my muses when looking at 70s race cars in preparation for Sharka’s mini rally livery.

So gorgeous. By far my favorite of the race cars present in the Basement that day. 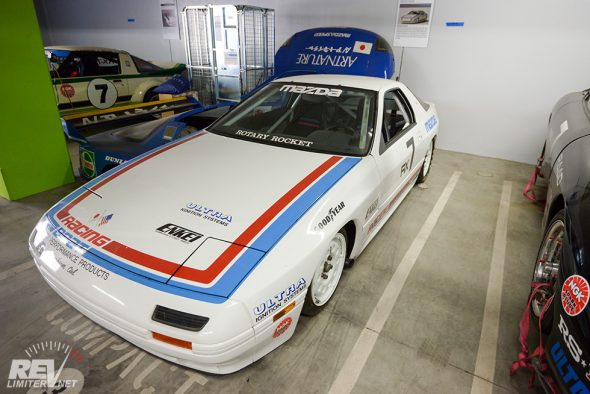 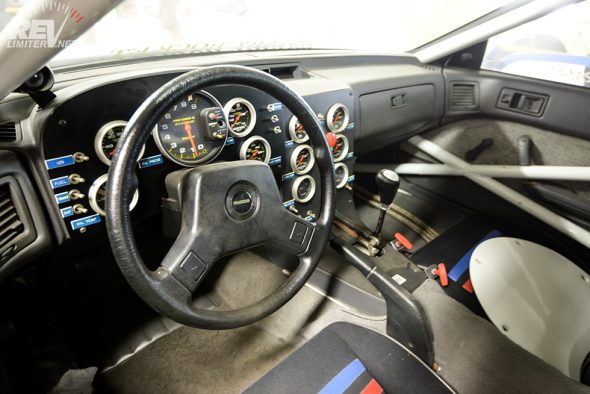 Next door sat THIS one. The Racing Beat FC Land Speed Record car that ran on the Bonneville salt. It ran 238mph back in 1986 (I had to google this.)

The white/red/blue Racing Beat livery is one of my all time favorites. I was so woo’d by this car that I neglected to shoot much of the Land Speed Record FD sitting next to it… alas. 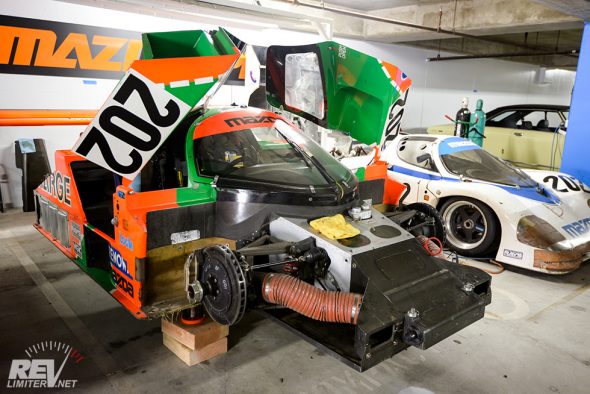 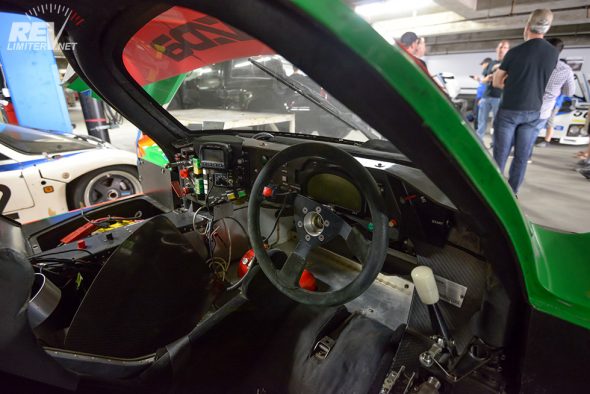 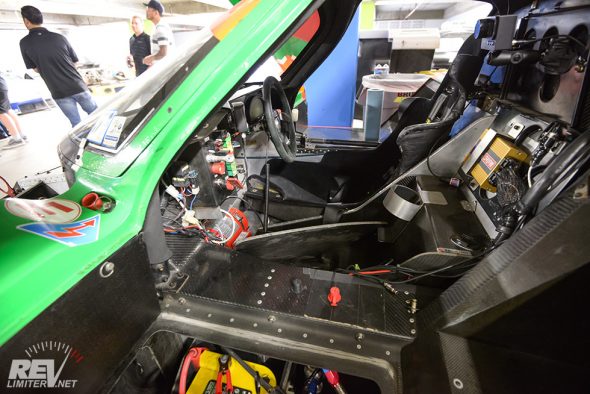 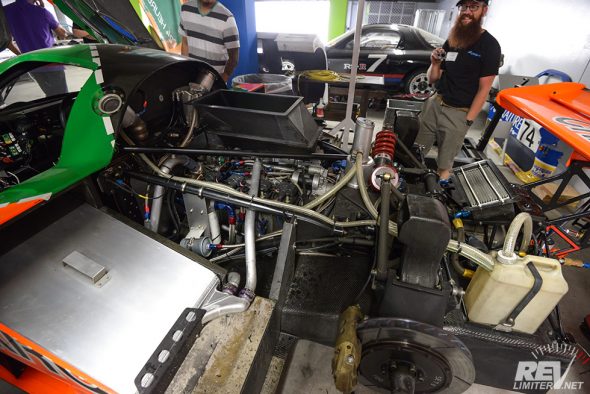 Even taken apart and in pieces, this 767 was stunning. I could go on about the paint and bodywork for paragraphs, but kinda feel like a heathen for wanting to do so. I mean, the space could be better spent talking about the 4 rotor inside or the 24 Hours of Le Mans heritage.

I must see one complete and rolling around someday. Bonus if it’s a 787B. But still, just being next to this was a bucket list item.

And I touched it. 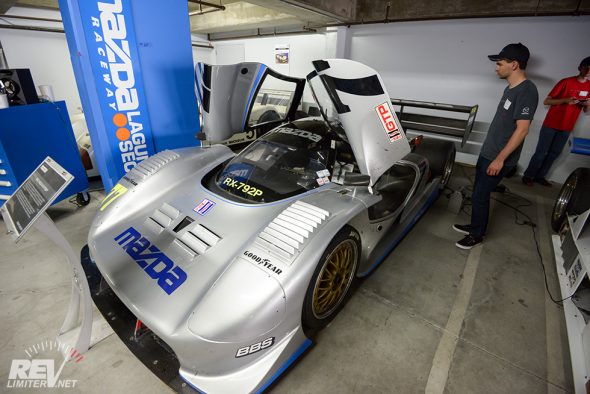 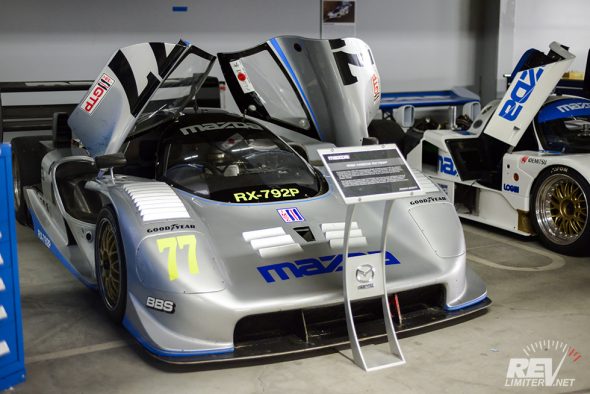 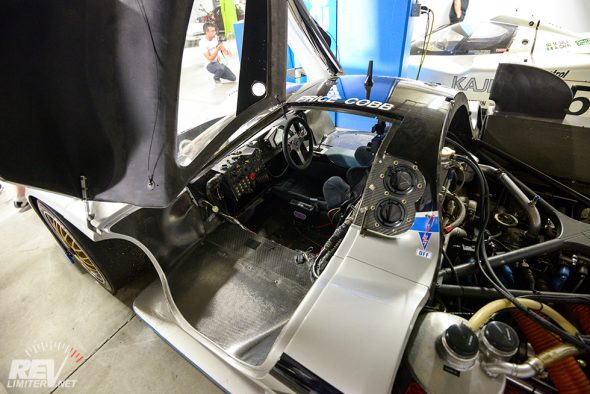 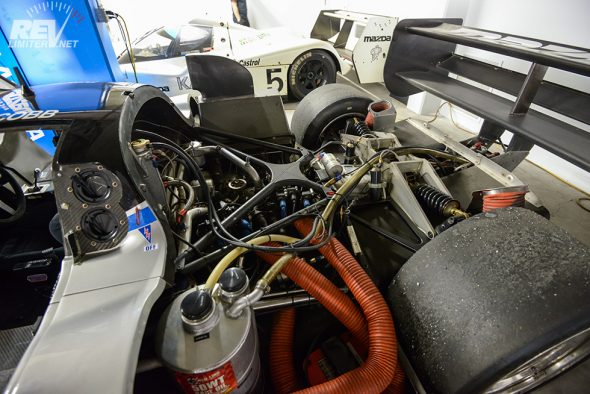 I admit, I totally missed the story of this RX-792P. The group had moved forward and I was still lingering and snapping pix. According to the Wikipedia entry on it, this little car and 2 brothers competed in GTP in 1992. They also liked to catch fire.

I’m sorry to not have more to say about it. I could try to summarize the wikipedia entry, but that’s not really my style. I was more stunned by the 92P’s style. In ways, more beautiful than the 787. 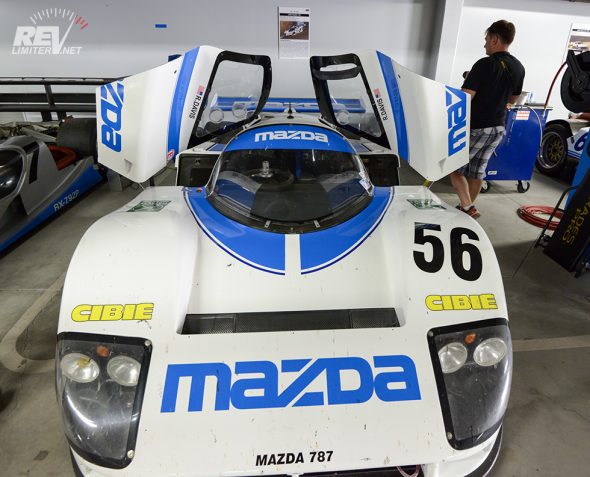 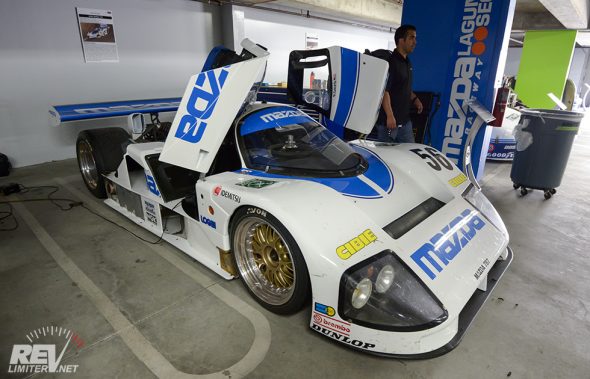 If you’re somehow not one who eats and sleeps Mazda every day, go check out the 787B’s in-depth wikipedia page. You can come back. I’ll wait.

Upon seeing this car, my mind just kinda shut down. I had hoped to see one but didn’t expect it. And then there it was. I shot only these two photos.

Sure, it’s not the orange/green 787B Le Mans winning car, but it’s still amazing to stand in the presence of. I wish I’d taken a few more photos. 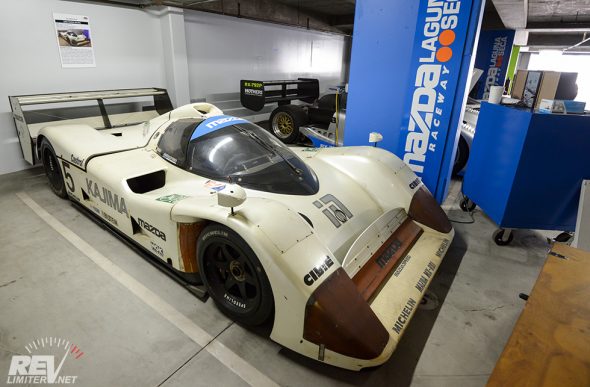 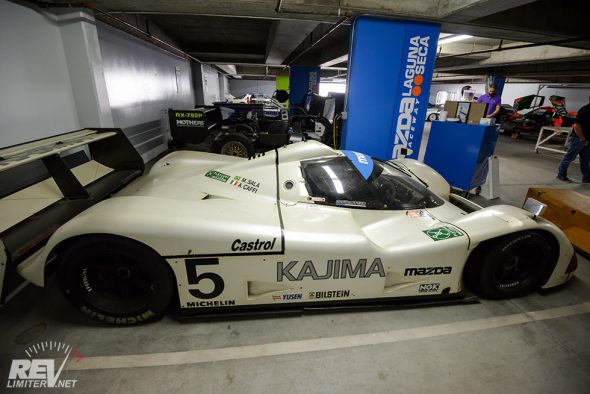 The last car in the race car section of the Basement was this 1992 MXR-01. This car was the one that followed the 787B in competition, but due to regulation changes, Mazda could no longer power it with a rotary. They purchased a 1991 F1 V10 engine from a builder and put it in this ex-Jaguar chassis that just happened to be a class winner in 1991.

It was not a winner in 1992 when Mazda tried to race it. They didn’t have the cash to develop it and it became the last car Mazda entered in sports car racing since they started in 1983.