Day 2 of the adventure: Ohio to Chicago! 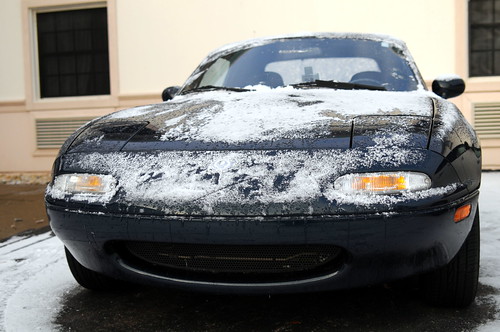 My room was warm. My car was not. Though it doesn’t look like much, this is a nice 1/8″ thick layer of ice on Sharka. And though that doesn’t SOUND like much, it’s enough to make it hard to thaw the back window (plastic) and open the gas lid for fueling. 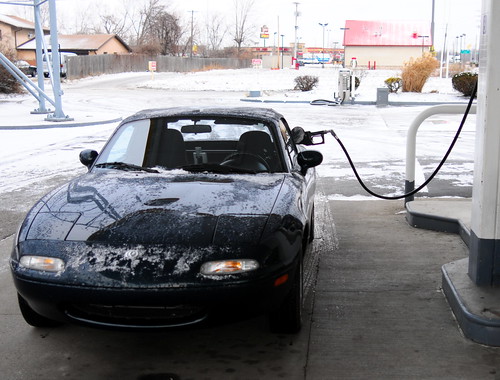 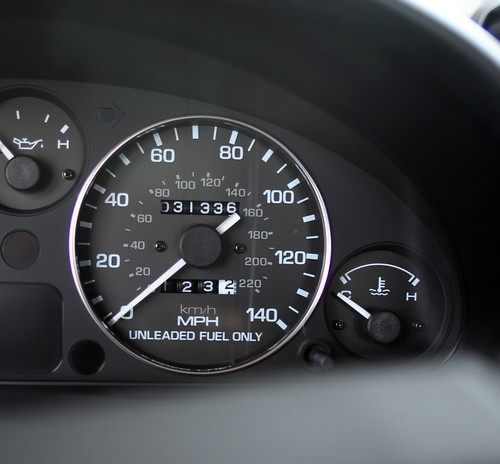 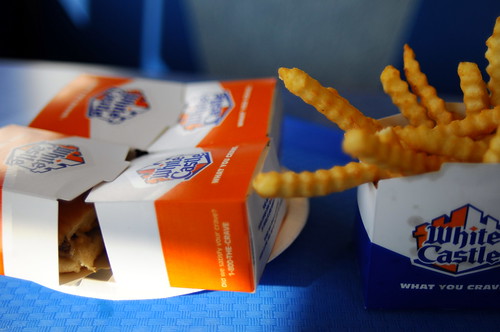 So I had to stop for stuff like oil (just to have a spare quart) and window washer stuff and paper towels, so I went to Indianapolis. I hit “DETOUR” on the GPS (thanks again, dad! I’d still be lost otherwise) and it took me through town. I just waited till I drove past an autoparts store. Then I asked the GPS where a White Castle was. 1 mile away. It took me right there. It was magic. SOOOO tasty. omg. 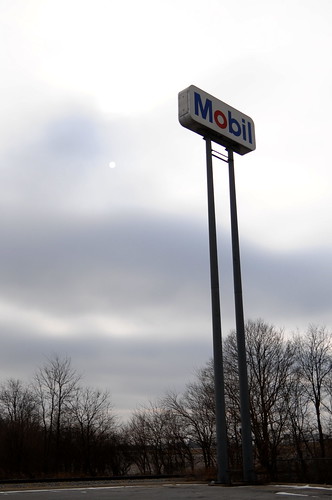 Fuel stop #2. This was more for me than the car. I tanked up on Redbull and drove the rest of the way with a smile. I did need 5 gallons of gas though, so yay. And notice the sun in the photo? =) 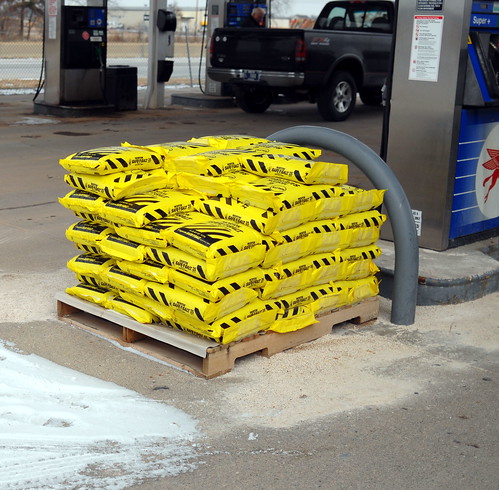 They LOVE salt up here in the great white north. they put it on everything. even the roads. 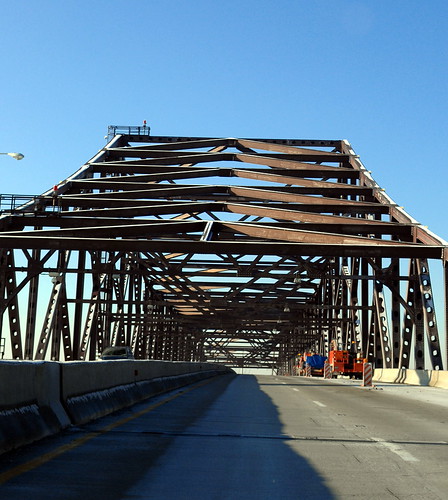 And now a rant: The I-90 tollway SUCKS. You get off nice maintained freeway and get onto this potholed THING. and they charge you about every 5 miles. And the speed limit is lower. and there are less lanes. and there are STILL huge Optimus-looking trucks trying to kill you! it’s nuts. But then they gave me this pretty bridge and no traffic around for miles, so I happily shot. And then it was worth it. 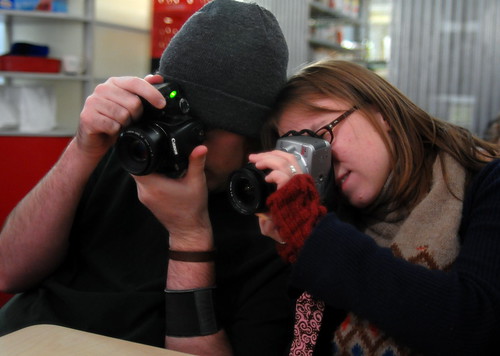 So then I got to Chicago. I get to hang out with Dave and April for 2 days and stay in their nice, warm home. I’m so happy about all of this. Thanks again!!! 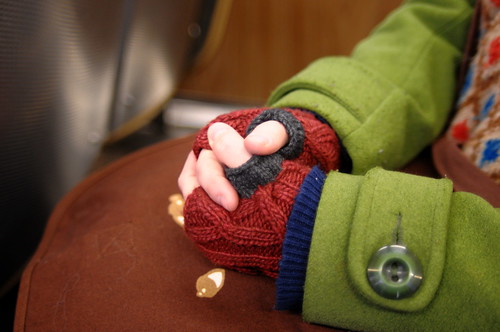 Sarah made April some spiffy gloves. They didn’t come off the whole night. 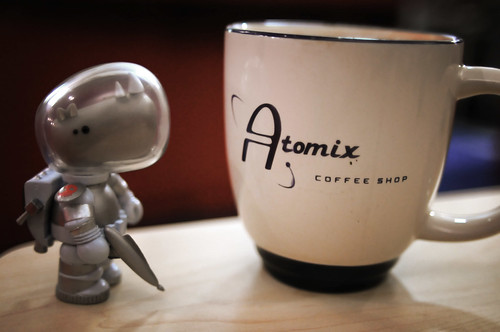 We went to Rotofugi and Atomix Coffee Myopic and another bookstore. I got toys. YAY! The little rhino is very murderous with his ray gun and fishbowl. 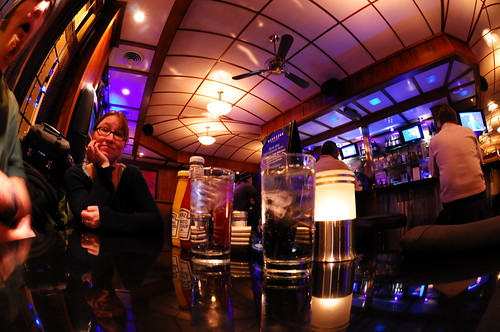 The Blue Line cafe. It looked all retro and 20s outside. Inside, they were playing Backstreet Boys. 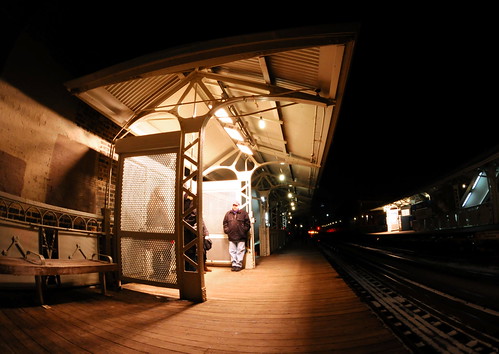 and we took the train! For a train nerd like me, it was way awesome.

and that’s it for day 2. On to museums and more trains and some snow today.

5 Responses to “Ohio to Chicago”

[ © 1998-2022 revlimiter.net LLC | Terms of Use | Privacy Policy ]
Products sold on this site are for Off-road and Competition use only. This website intended solely to provide general guidance on matters of interest for the personal use of the Reader of this Page, who accepts full responsibility for its use. All products as well as information provided "as is," with no guarantee of completeness, accuracy, or timeliness, and without warranty of any kind, express or implied, including, but not limited to, the warranties of performance, merchantability, and fitness for a particular purpose.