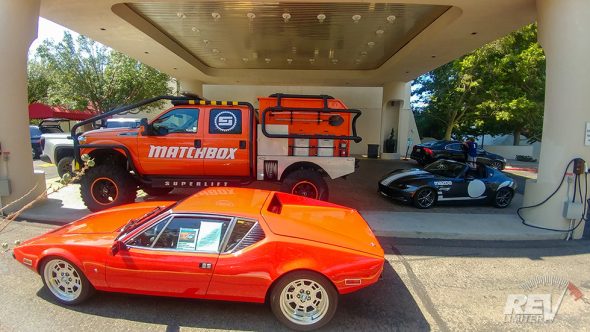 Every July here in Albuquerque, we have the Matchbox Collectors International Gathering of Friends – aka The Matchbox Convention. It’s THE convention for the orange diecast brand and it happens to somehow be in my home city. People from all over the world attend. The Powers that Be unveil the new Matchbox cars for the upcoming year and there’s an exclusive dinner model that’s always highly coveted. On Sunday they have a huge dealer room and toy show. Tons of cars from every possible diecast maker are available to buy.

I go every year.

And every year the big orange Ford 350 Superlift is there out front posing for pix. I took a photo of Stormy with the big guy once. I hoped to get Ramona with it this year while she still had her Hot Wheels livery installed. 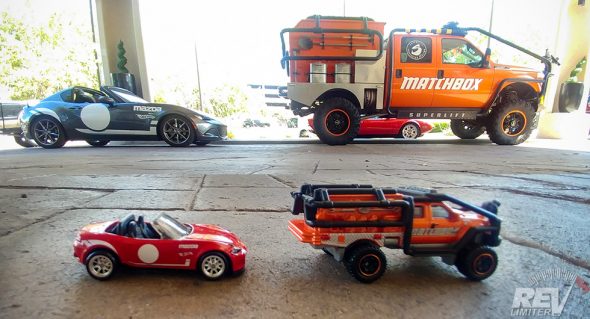 Like I said, I go to the Matchbox show every year. So far, I’ve been lucky enough to have my daughter come with me every year. We pour over the tables and usually buy way too many cars.

Her collection started out simple – mostly consisting of cars that were whatever her favorite color was that day, but her taste has evolved as she’s grown. She’s now collecting vintage 30s-50s USDM cars (an awesome purple slammed Buick Riviera was the big catch this year), VW Beetles, and random Tomika character cars (Hello Kitty, Pokemon, Peanuts, etc). I have no doubt her collection will rival my own someday.

One of the dealers at the convention saw the both of us doing our thing and struck up a conversation. “There’s not many girl diecast fans,” he said, giving Harriet the small orange Matchbox truck pictured above. He said we warmed his heart and that she had to take the truck as a gift. He told her to go out and really check out the big truck because it was so cool. We both smiled huge and said many thank-yous. I was able to give him some money for a couple other cars as well.

A small act of kindness – giving away a tiny car. It really hit the spot though. And it opened the door to creating the pic above. 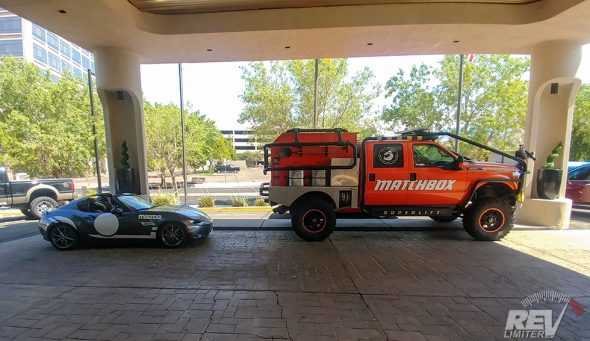 Mona and the Superlift

For the 15 minutes Mona was parked in the front, she made a scene. Even though she hadn’t been washed in a while, she preened and sucked down all the attention. She’s good at doing that. The crowd eventually parted and let me get the shots in this blog post.

And that’s all I have for this update. Just a few pix, mostly to remind myself of a good day shared with my daughter, some diecast, and our trusty ND. Life is good.

No Responses to “Actual Size”