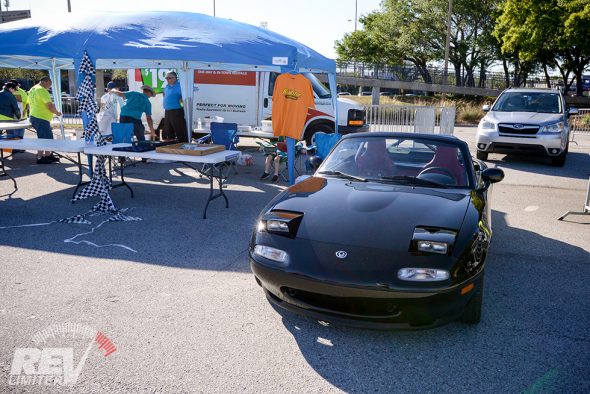 Kirin sitting by the main tent.

This is a Miata I’ve wanted to see in person for quite a while. This is Kirin, a very special 93LE.

Kirin is owned by Randy, the guy who runs MazdaRoadster.net. I’ve been friends with Randy for the past 17 years. We used to post about random JDM Miata things on the Miatanet forum in the early 2000s. Then we moved over to CR and kept talking about JDM Miata junk. Then I got to be a mod on CR and we chatted in the secret moderator forum about Miata stuff. And now we’re over at his own forum, MR.net STILL chatting about Miatas.

Yup. Getting to meet Randy in person and fondle Kirin was a huge highlight of Miatapalooza. 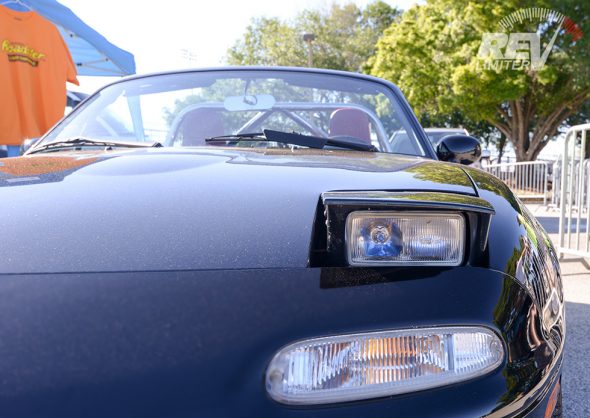 RS Active lookin’ at YOU! 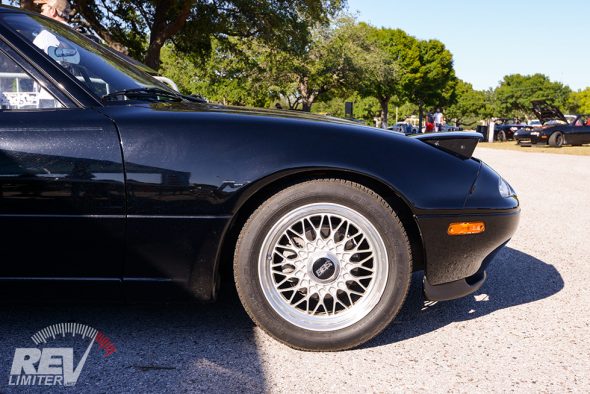 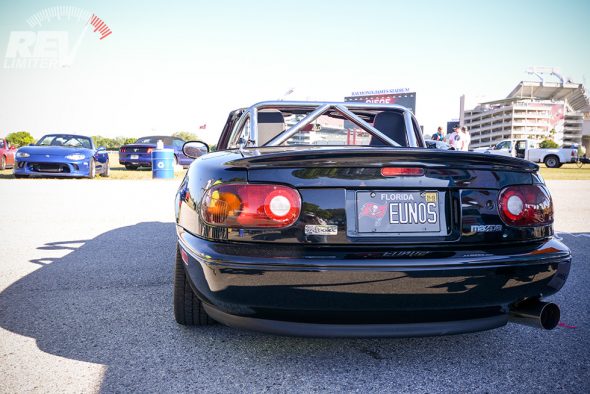 Randy’s owned many Miatas over the years. I think Kirin is the 5th he’s built up? 4th or 5th. The last one he owned was the white one formerly known as PhatMiata. Now it’s called Rooster.

Randy’s kinda been building Kirin in secret for the past few years. At least he’s not had a big public build thread. His parts stockpile is legendary and could likely build a small fleet of rare JDM-modified Miatas. Kirin has been getting the cream off the top.

Outside, Kirin exemplifies the term “OEM+”. Everything is very clean. Very beautiful. Like a factory fresh 93LE with the secret parts that the factory held back for their show cars.

The wheels look like standard 93LE BBS meshies at first glance, but they’re the 15″ BBS wheels from the 95M instead. The car rides a bit lower on Maruha BC street coilovers – but not too low. An OEM+ level. Out back there’s an RS*R exhaust. All factory 93LE spoilers and air dams are present as well.

And then we move inside. 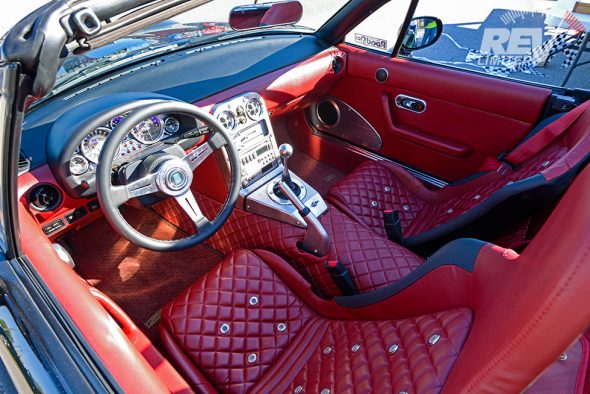 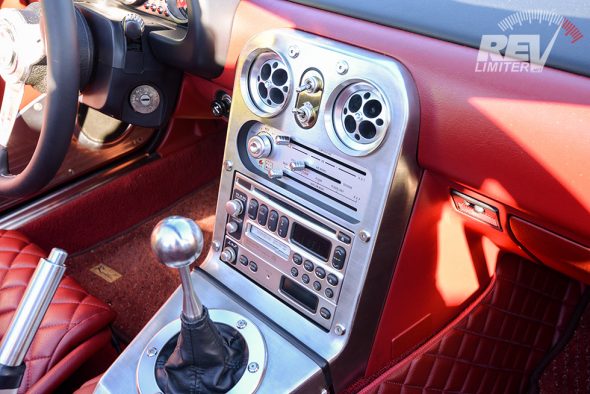 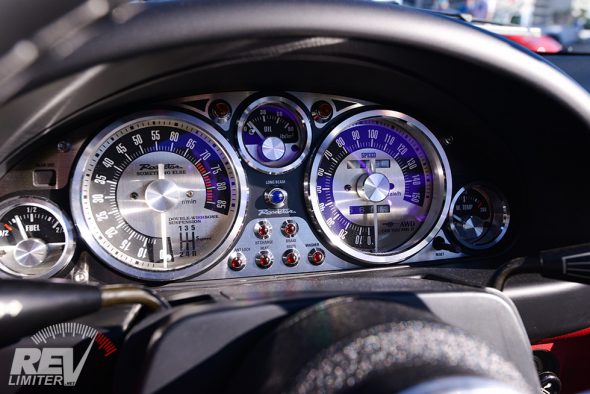 Randy’s work on the LE’s red interior is nothing less than jaw dropping. This interior is pretty impressive by itself in stock form. But with ALL of this? Wow.

First – the seats. These are Lotus Elise seats done in red quilted Nakamae leather. I’m 99% sure this is the only set in the world done like this. Chase originally had them in his black and red car named Pandora. Randy bought them when Chase parted the car out. SO very gorgeous.

The polished Hard Dog Hardcore rollbar really sets the whole interior off. And the Lotus seats protect Randy’s head from that bar.

The center console is… insane. There’s Nielex brake/shifter goodies, the MiataRoadster short shifter, a custom centerless console from Nakamae, RS Products HVAC, and so many other things. Words fall short. I just stared at all of it for a while before snapping a couple photos.

And the gauge cluster is Dewa-san’s finest ever created for the NA Miata. I’d never seen this combo in person. Quite stunning. I hope someday to produce a gauge cluster near this level. 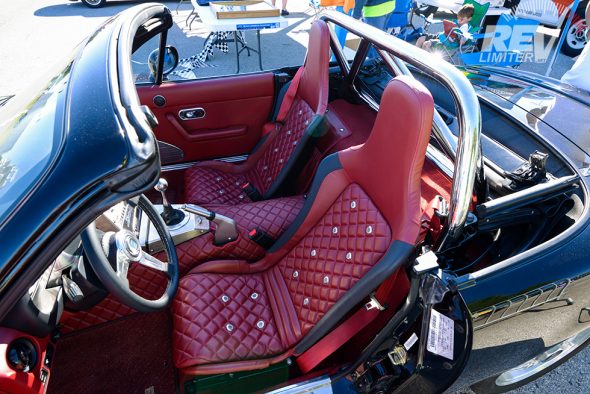 Those Lotus seats tho…

This small spotlight post barely begins to scratch the surface. Kirin is an amazing Roadster to behold. Getting to have my tent set up right next to this car was an honor.