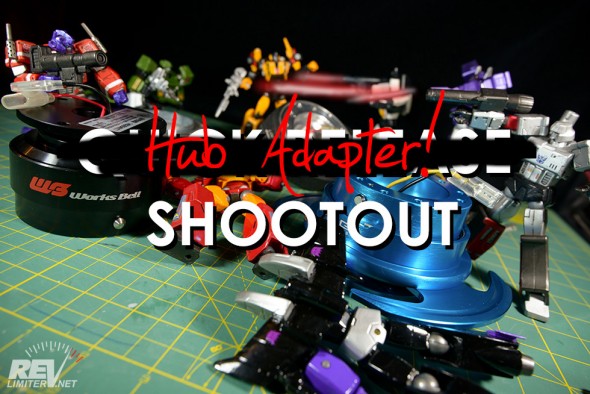 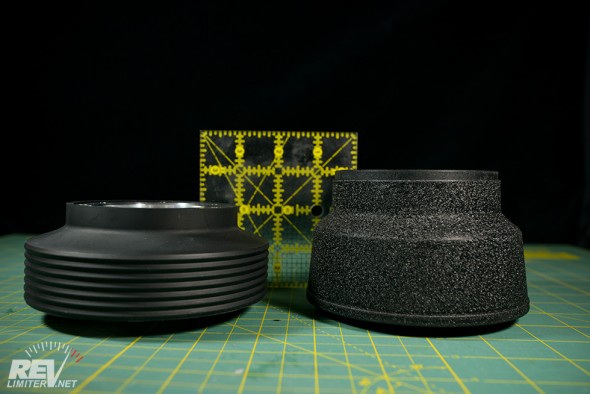 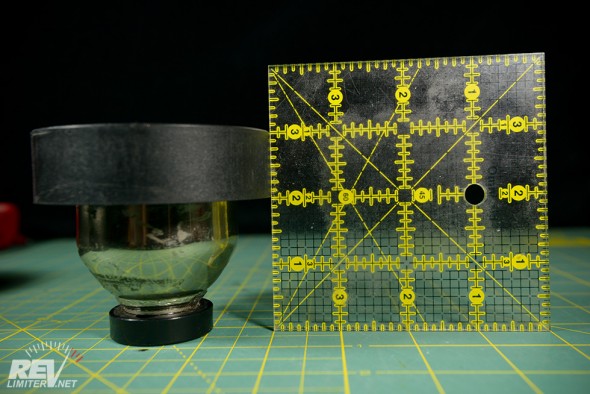 (sorry, I managed to not take a photo of it by itself.)

The Daikei Boss is basically the standard. It’s stamped, plated steel (no welds to fail) and is equal to or greater than OEM quality. It’s not a “Crush style” hub that’s designed to collapse in an accident. 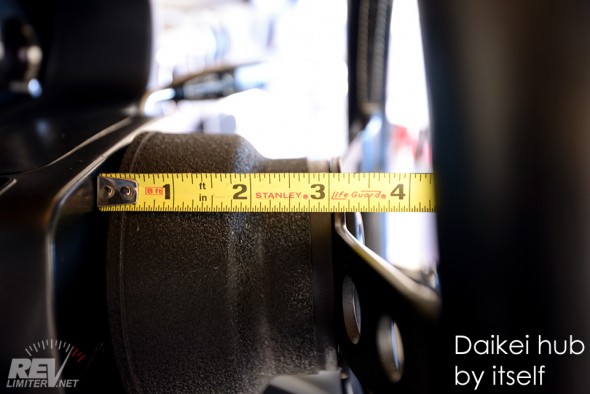 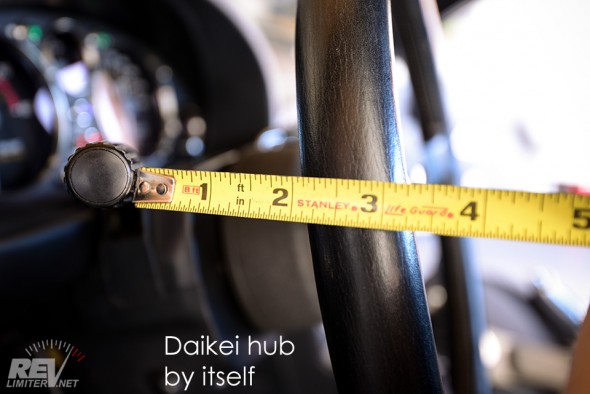 This hub is designed to space an aftermarket steering wheel to an equal distance as whatever OEM steering wheel you’re removing. In other words, the distance from the wheel to the turn signal stalk should not be significantly different than stock.

The Daikei is a great hub. I’ve never found it to be lacking. I’ve had one installed on both of my Miatas. 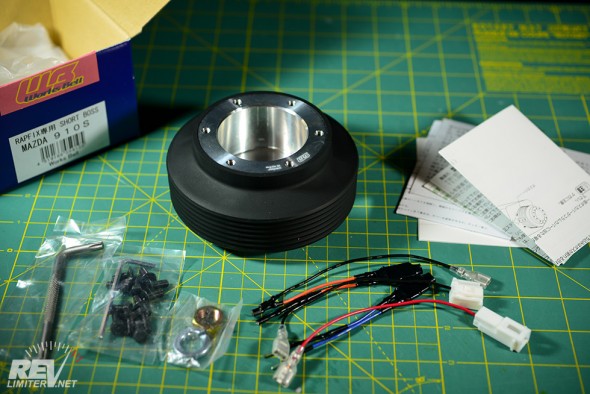 The Works Bell Short hub is meant to be used with a standard-thickness Quick Release. It’s as compact as possible. It is not meant to be used by itself without a QR, but it probably could be.

Many thin quick releases (like the NRG and ebay ones reviewed earlier) extend into the hub adapter itself. A short hub like this WB might not have enough interior space to allow the QR to fit inside and mount to the hub.

If you have plans of fitting a slim QR to a short hub, realize that you might have to do some hacking and modification to make things fit. 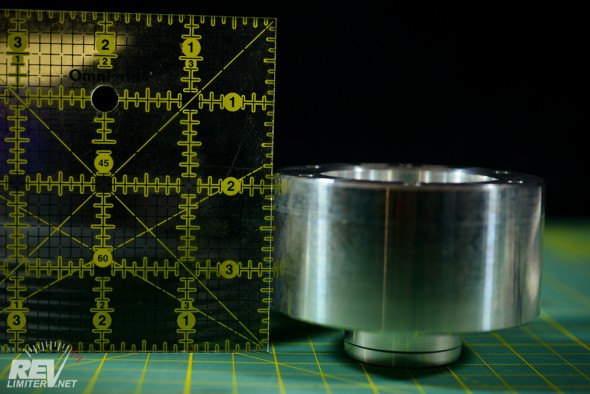 The Works Bell short hub is made from machined aluminum. The machining is great and there’s no welds to fail. Sometime back around 2010, there were some Works Bell standard-thickness boss hub failures due to their being cast aluminum. I don’t believe that’s been an issue for years, but it’s something to watch out for.

Needless to say, this hub is also not a crush type. The construction is extremely beefy and impressive. It might have a higher ultimate strength than the Daikei. 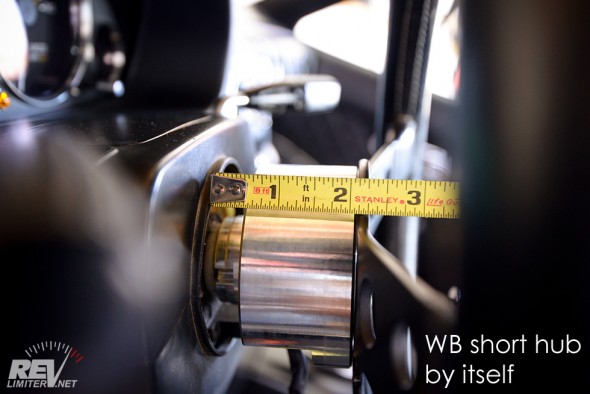 Since I had it already bolted onto the car, I said “why not?” and took these pix. This hub is TINY. 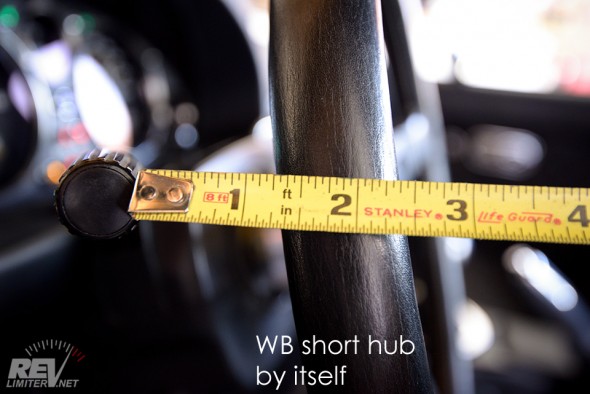 This is barely enough thickness to allow your fingers to pass between the wheel and signal stalk. Driving a few feet in my driveway with the wheel a mile away and squished up against the gauges was hilarious. 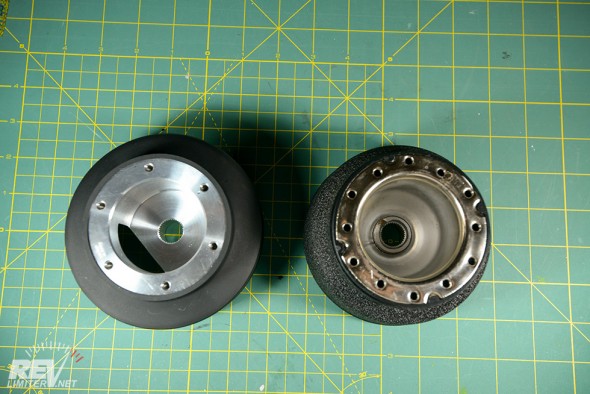 This really isn’t a fight. Both of these hubs are excellent. Both are of the highest quality. Neither really has any weakness.

If you have no interest in running a quick release, I would definitely suggest the Daikei hub. It’s really a great part. And if you get bored of your car in 20 or 30 years and sell it, you can likely resell the Daikei for about what you paid originally. This hub also works quite well with a slim quick release.

If you want to use a standard thickness quick release, the Works Bell shorty is highly recommended. But if you wanted to add a QR later… you will likely not be happy using the WB shorty by itself. You could always get an inexpensive spacer to bring the steering wheel closer to factory distance.

Did someone say Quick Release? If you missed out on the QR shootout, go check it out! There’s videos, measurements, and around 50 photos.

If you made it to the end of all three posts, you are awesome.