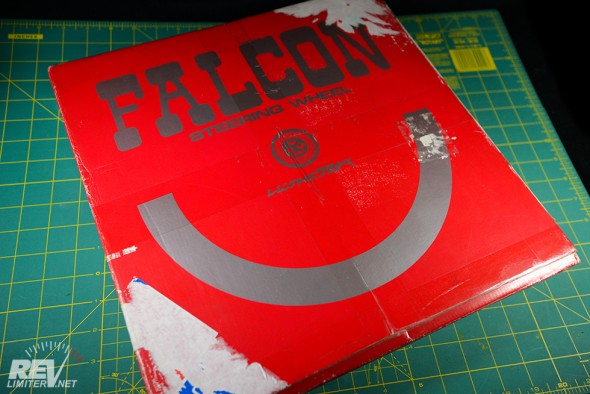 Just look at that red box. So battered. It’s seen things. But the contents? Fresh and pristine. 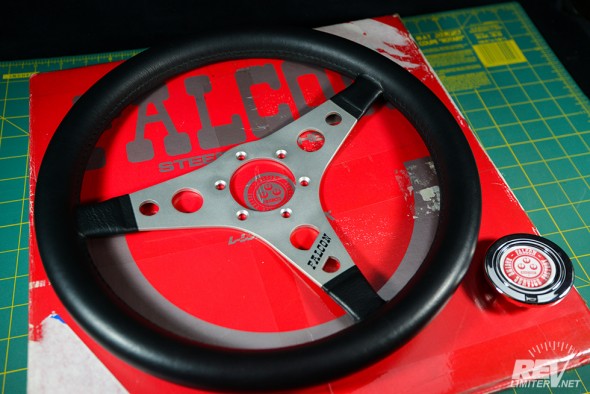 A Watanabe Falcon in silver.

What do I even say about this? Words fall short. It’s a black and silver steering wheel, but so much more. The legendary Watanabe Falcon. 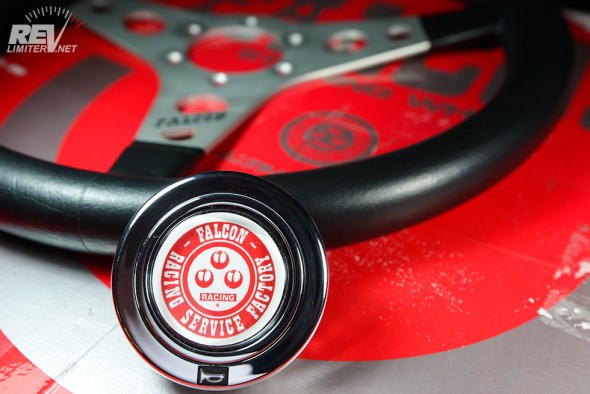 Mine came with this fine little chrome horn button. It is new. There’s no scuff marks on the terminal and it looks to have never been mounted. It was very likely made just before the wheel left Japan rather than being New Old Stock. It was made VERY well. The red is an exact match for the Watanabe red. The artwork is very crisp.

It’s perfect for the wheel. 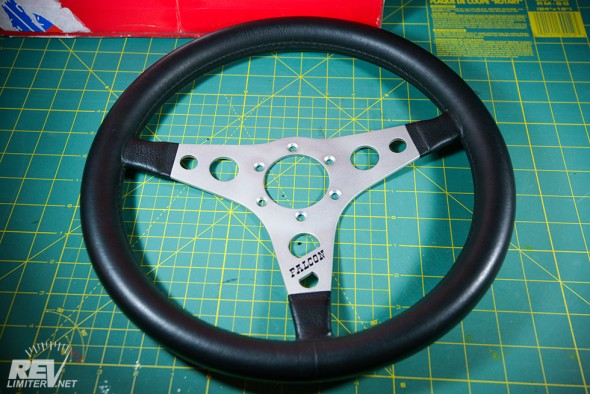 A few words on the Falcon. These wheels were made in the mid 80s. They’re Italian, though commissioned by Watanabe of Japan. Either 250 or 300 were made. 250 is the most common number I’ve read in my research. They came in either black or silver. Silver seems to be less common. I say this because most photos on the net are black spoke models.

Nearly every steering wheel collector lists this wheel as his crown jewel. Guys with dozens or even hundreds of wheels elevate the Falcon to the top of their collection.

I had to know why. 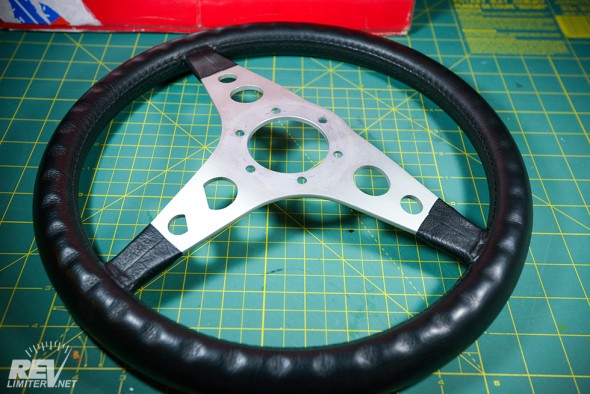 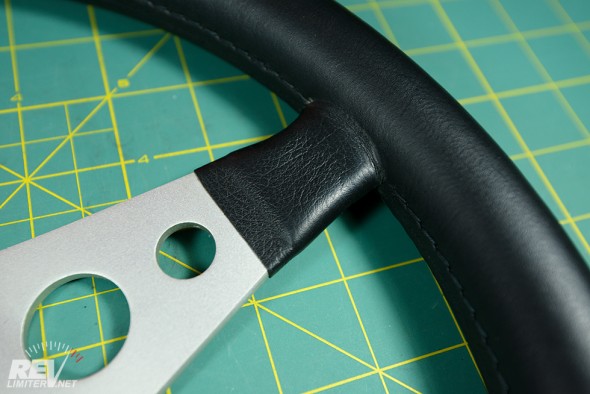 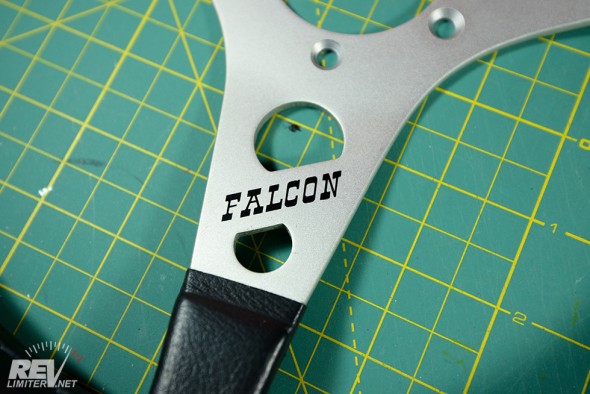 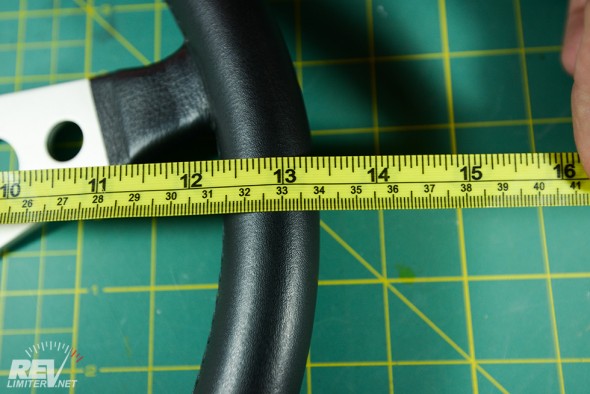 Features of my Falcon steering wheel: 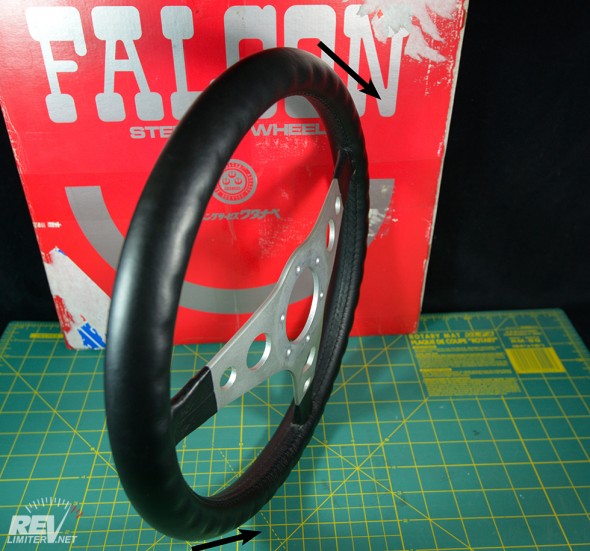 This was the most surprising feature of the wheel – the angled grip. It’s super hard to capture with a camera. I added some arrows to help indicate the angle.

The grip is oval rather than round. The steering wheel itself is round, but the grip has an oval cross section. And it curves inwards slightly. That makes the entire steering wheel an anatomic handle.

This is completely unique. I’ve got a few wheels with oval grips in my collection, but none angle like this. My other wheels just have an oval grip to make the cross section thinner and allow better gauge visibility. The Falcon seems more concerned about how the wheel FEELS to hold.

And it feels amazing. I could babble for another dozen paragraphs. 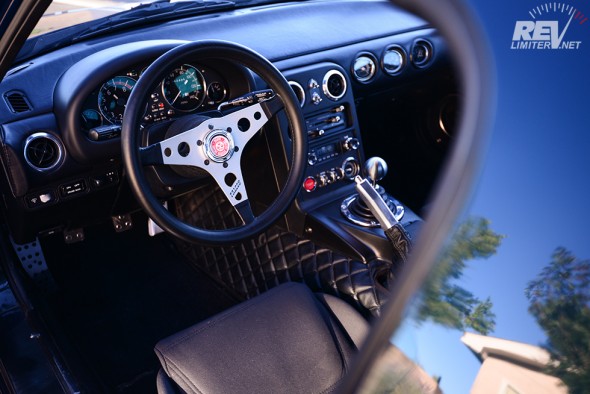 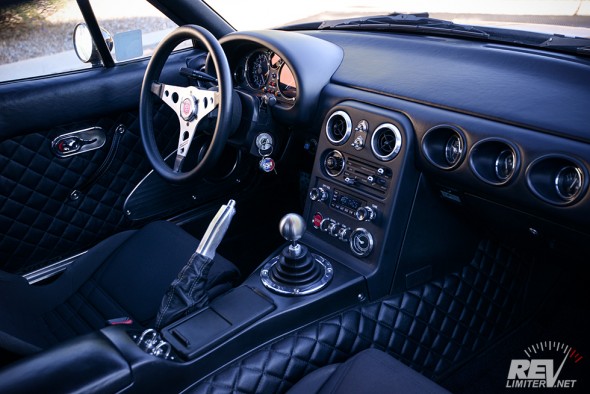 From other owners of this rare wheel, the most common statement posted was “mine is too nice to mount.” Sometimes followed by “I just take it out of the box once a year and hold it.”

I mounted mine about a half hour after I unwrapped the package. I wasted NO time. I wanted to play with my new toy.

And it’s amazing. Using the Falcon is unlike any other wheel I’ve ever held. The finger grips, the thumb pads, the 340mm size. And that angled oval grip! It’s an experience.

If I happened to test drive a car with a wheel that felt like this, I would buy that car immediately. 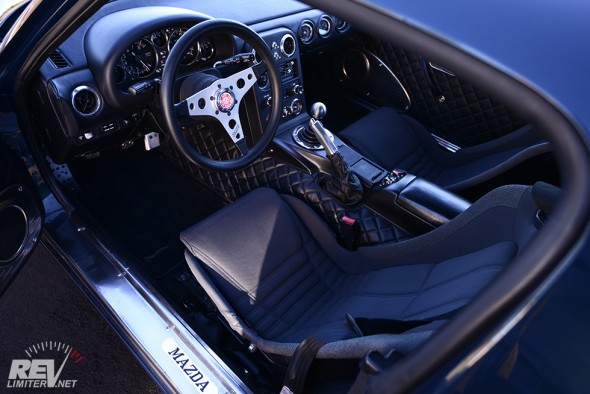 I even went so far as to buy a new shift knob in a brushed finish to match the steering wheel. My polished Moddiction knob is taking some time off. The Falcon demanded it.

And, with that, I now have ten steering wheels in my collection.

I need some help or an intervention or something. I’m not ashamed to admit it. I have a problem.

Anyone have a black spoke Falcon they’d like to unload? I could give it a good home.