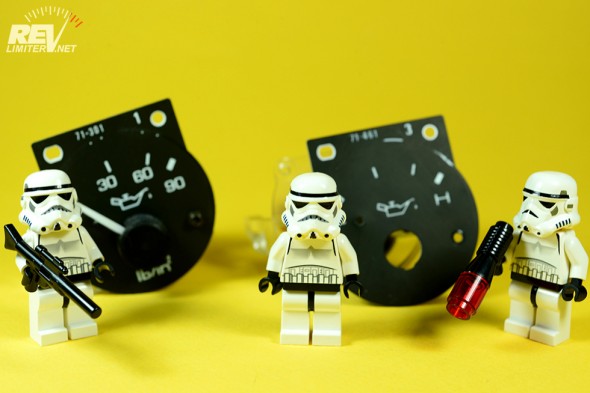 ONE of these is the gauge you’re looking for.

Here’s a quick post showing the differences between the two NA Miata oil gauges. As you may know, the 89-94 cars got working oil gauges that actually report oil pressure. The 95-97s got dummy gauges that only show “some” pressure when the sensor reads anything above 7 psi.

This is not new information, but I was hard pressed to actually find a detailed write-up of this a couple weeks ago. I found some forum posts where some “expert” replied that a photo of the back of a gauge was “definitely the real one” but couldn’t find anything concrete. 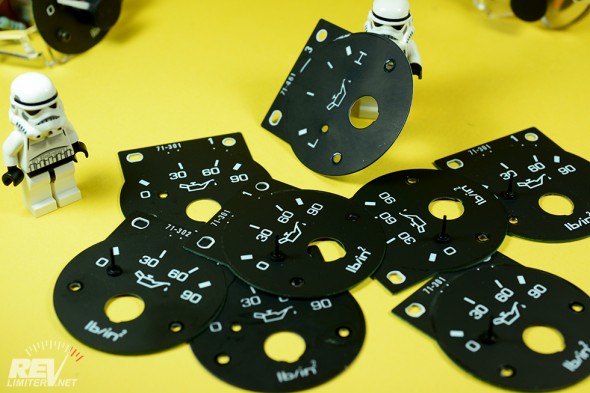 This IS indeed good news. Take a look. ALL of the faces minus one came from real oil pressure gauges (called OPGs for the rest of this post). This is from my collection in the shop. As you may know, I make gauge faces and often do installs.

I was actually surprised at this photo. Just one out of… apparently 8, was a fake face. And that holds up to my data with orders – there are a lot more NA6 Miatas out there (that’s 89-93) than NA8s. Mazda just produced more.

That said, the face doesn’t guarantee that you have a real, working OPG. 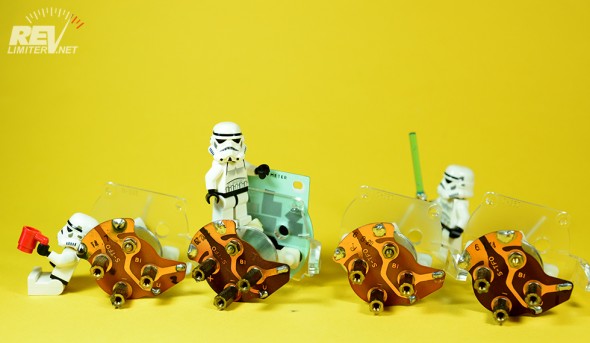 Which one is the fake? 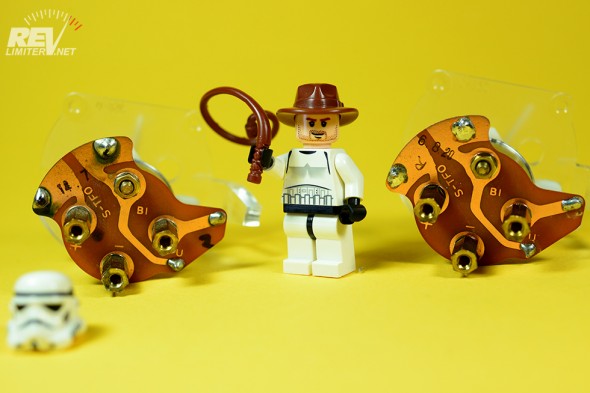 It’s impossible to figure out who’s the imposter.

In the above photo, there’s ONE fake oil pressure gauge. The others are real. And, aside from the one with the face in the photo, they’re all identical. You can’t look at a photo of the back of one of these gauges and determine which is which. The board layout is the same and the color of the board is meaningless.

Let me say that again – the back view of the gauge doesn’t tell you which gauge you have.

As for the face, I once purchased a “real” oil pressure gauge with the correct OEM face. It turned out to be a dummy gauge. This was about a decade ago, but I still remember and get angry thinking about it. 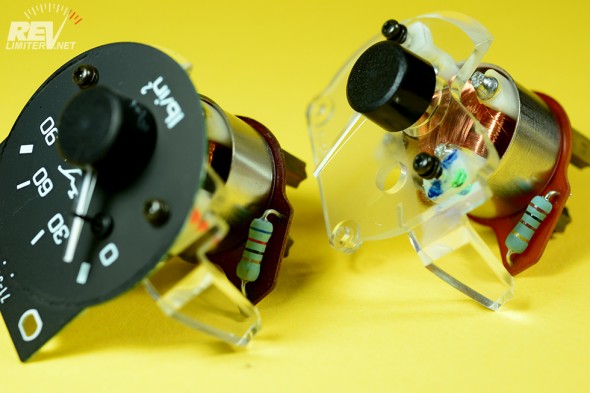 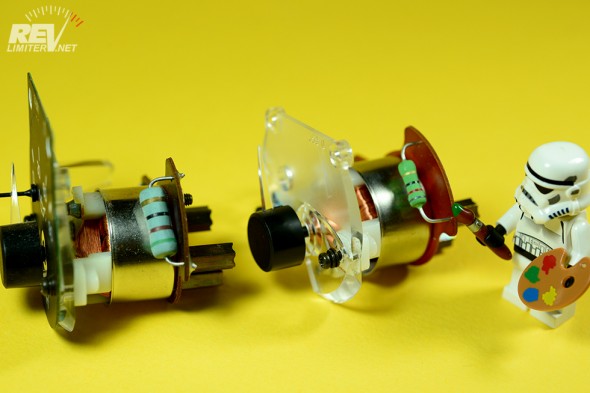 The best way to tell the difference is by reading the resistors. They’re different on the real and dummy gauges.

SO. That’s what you need to know. You need to see the resistor values to determine if the gauge is a working OPG or a dummy OPG.

But we can take it a step further.

All you need is a desktop power supply and you can see the difference in the gauge function for yourself. Just wire power to the “+” terminal, ground to the “-” terminal, and the “U” terminal is signal. Grounding it will show the gauge’s behavior.

And there you have it. Everything you ever wanted to know about Miata oil pressure gauges.