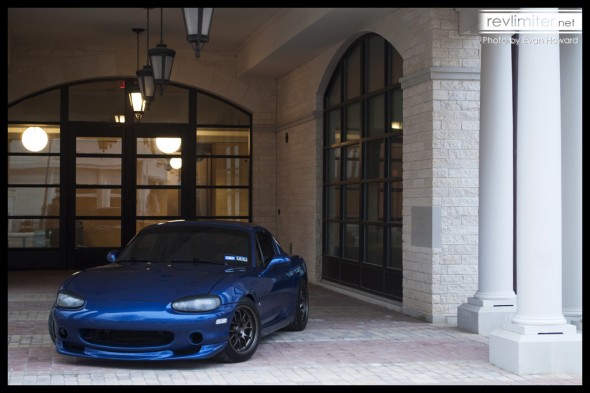 I’m trying something new on the revlimiter.net blog – spotlight posts! None of my cars will be starring in these posts. Instead, the spotlight will be pointing at some of the other gorgeous Roadsters around the world. Cars that inspire me, cars I’ve long admired, cars belonging to friends and fellow forum members.

(Don’t worry, I’m not going to stop writing about Sharka and my various projects.)

The first spotlight is Evan, also known as ShadowMX5 on the various Miata forums of the internet. 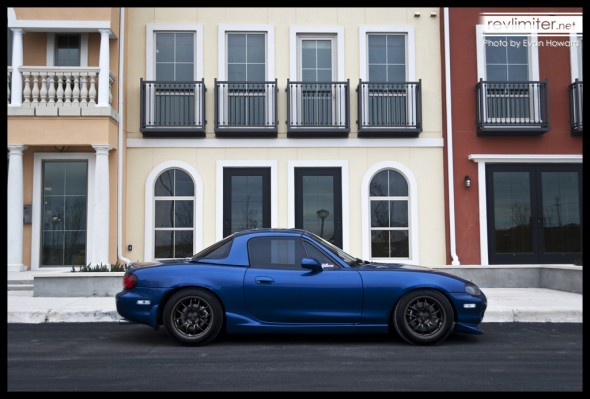 They call that shade "Innocent Blue"

Q: How did you get into Miatas?

My first real up close experience with a Miata was at the local autocross events here in San Antonio. I first started autocrossing in my 1992 Nissan 300ZX, and had a blast doing it! After a few events, I got to meet and get to know many of the Miata owners that participated. After co-driving a 10th Anniversary Edition Miata that belonged to a friend of mine, I was instantly hooked. I was absolutely stunned at how well the car handled and felt compared to my Z. When the 300ZX blew 3 piston rings during the summer before my first semester in college, I sadly had to get rid of it and find a suitable replacement.

I thought long and hard about which vehicle I would want to replace my Z with, and every time I considered my options, the Miata seemed to stand out as being the best choice. I followed many leads for Miatas for sale at the time, but nothing really fit the specifications I was looking for.

One night when I was perusing classified listings on various websites (a week before my first college semester started), I found a 10AE that had been listed within the past few hours. I looked over the ad carefully, as I hadn’t seen any 10AE’s in my price range since that one. After concluding that everything looked in order, I called the owner first thing the next morning and told him that I wanted to check it out. I made the drive down to League City, just outside of Houston and test drove the car. I immediately knew that this was the car for me! After working out the details, the 10AE was mine and I was happily driving it home! 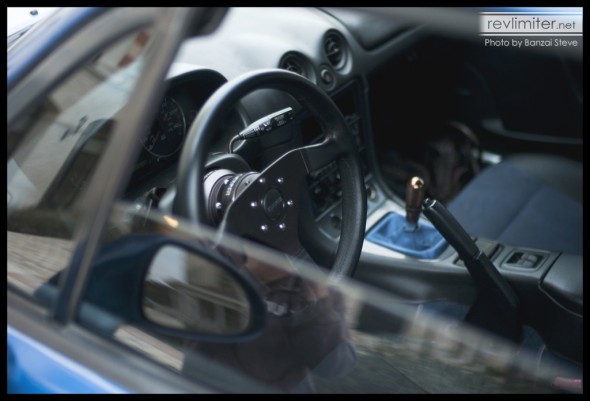 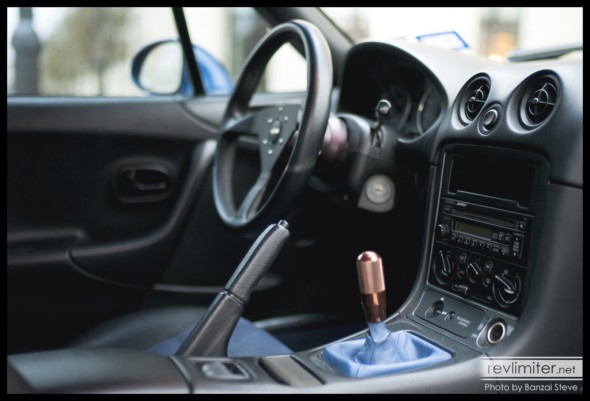 Q: What is your favorite Miata-based activity?

Its hard to narrow down exactly what is my favorite Miata-based activity. I have participated in many autocrosses, and every time I go out, I have an absolute blast! I would definitely encourage every Miata owner to participate if they can, as you learn so much about your car as well as the many technical aspects to competitive driving.

I have also participated in many road trips and drives with the other local Miata owners and friends of mine; its great fun and the camaraderie between everyone makes for an interesting time, no matter where the drive goes to or how many people turn out!

I think the most exhilarating Miata-based activity I’ve taken part in has definitely been the track events. Before going to the track, I though that autocross was definitely the thing for me. Little did I know how different and more intense the driving on a road course is compared to parking lot cone-dodging! Wheel-to-wheel competitive racing has taught me more about my car and myself as a driver than all of the seat time that I’ve had previously. Even riding along with more experienced drivers on the track gives you a unique perspective on racing and how to make your car do exactly what you want it to do. My first event at Harris Hill Road in San Marcos made me reconsider all the plans for my 10AE. At first, I wasn’t extremely concerned about having my car go through radical changes in order to perform in competitive driving situations. After doing 3 laps in the first session at Harris Hill, I immediately began forming new ideas and a new goal for my car. 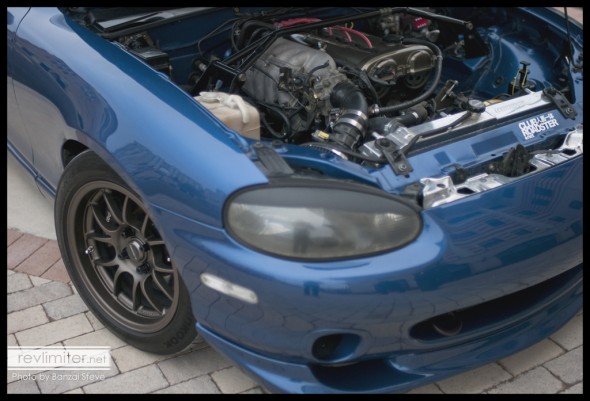 Q: What’s your inspiration? Your Roadster muse? Doesn’t have to be a Miata, of course.

My main inspiration for my 10AE has definitely been simplicity and quality. I have aimed to do everything right the first time around, so that I don’t have to keep going back to update things or fix things that go wrong. I’ve always tried to maintain the car’s true form as a Japanese Roadster, and not go too overboard or do things that would compromise the car’s overall look and feel. As many Miata owners do, I have done the modifications to my car to improve the handling and overall driving quality, as those are the things that make the Miata unique.

I don’t think I have one particular Roadster muse, but there are a few that have stood out and really impressed me. Steve Durman’s supercharged NB was one of the first NB’s that really caught my eye early on in my Miata ownership. I think I had his car as my computer’s wallpaper for over 6 months at one point! I was ecstatic when I got to meet Steve and his NB at a meet in Dallas a couple years ago. I was amazed at how simple his car was, yet because of that, it made it that much more appealing.

The Spirant NB is also another of my favorites. Its hard to go wrong with a custom gray-brown NB skimming the ground on black Precedeo Demon Cambers. Its another car that is extremely simple, but jaw-dropping gorgeous.

Of course, there are a bunch of other Miatas and cars that I find certain qualities interesting, whether it be the fully caged, gutted and turbocharged track car to the supremely lowered road turtle killers on crazy wheels. 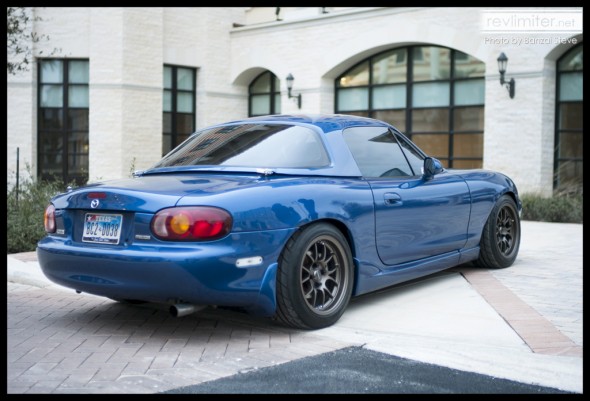 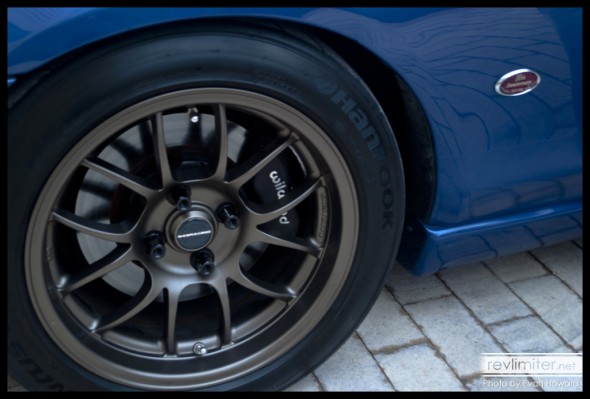 Q: Your pix are great! Tell me about your camera gear.

I have been into photography for a long time, as my dad inspired me to pursue it with his film photography. I have tried my hand at 35mm film photography, which feels so different compared to the digital medium we have access to now.

Up until this past December, I had been using point and shoot digital cameras for all of my photography, but I recently picked up a Nikon D3000 which is the first DSLR that I’ve owned. In the little time I’ve had it, I’ve gotten to learn some of the basics that go into DSLR photography, and have really enjoyed it. The lens that I’m using is the Nikkor 18-55mm f3.5-5.6 that comes as a kit with the D3000.

My good friend Banzai Steve shot the other pictures, and he’s wielding a Leica M8 with Voigtlander 35mm 1.2 lens. Super camera for a super photographer! 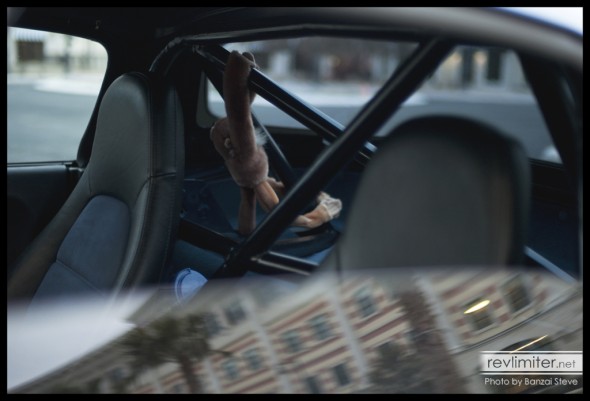 Q: Got any big plans this year? Car related.

Oh boy, do I have some plans for the 10AE this year…

The biggest change that will be coming to my car this year is the addition of a certain turbocharger. At the moment, I’m nearly done in the compilation of all of the necessary parts to put my turbo system together. I’m aiming to start the tear-down and build-up around April, gunning for a completion sometime this summer. This is definitely a time where I’m not going to rush myself through the build in order to do everything correctly the first time; ensuring that the parts I use are the best for my needs, and giving myself ample time to comfortably and efficiently complete my project. I’ll also be rebuilding most of the suspension and refreshing many of the driveline components while installing the turbo parts.

In addition to these major changes, I’ve developed a few more ideas that will most likely be implemented during the summer, but I’ll let those projects surface as the build progresses! 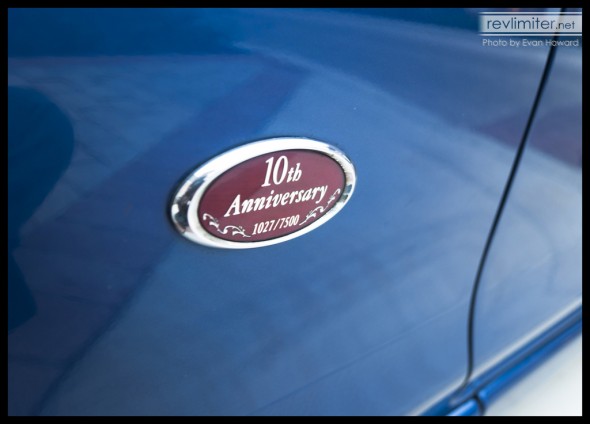 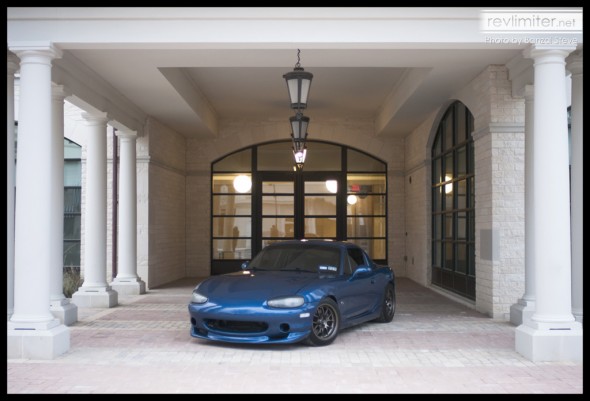 To see more, check out Shadow’s build thread on MR.net. It’s a great build and worth checking out to see some of those new turbo goodies.

« Start Buttons for Everyone! Er… well… for Bucky | Batteries Not Included »